Iran’s military is reporting they’ve made a deal with the Syrian government to help rebuild their air defense systems, and have signed a new contract to begin when the Iran arms embargo expires next month.

Details of what the contract said is unclear, but the Iranians say they are ready to export some arms with the embargo’s expiration.

The likely arms are Sayyad-2, as the Syrians have S-200 launchers, which are compatible with the Iranian missiles.

Syria has invested a lot in air defenses over the years, but over the past year they’ve lost a lot of capacity in some parts of the country, facing near constant Israeli attacks. The systems are mostly bought from Russia, but Iran’s compatible parts may be cheaper.

The UN overwhelmingly voted to allow the Iran arms embargo to expire, despite US demands to continue it, and despite the US threatening to enforce it anyhow. Iran is expected to buy new defensive arms from Russia and China once the expiration is complete, though it was less well discussed how much exporting Iran might do.

Though the US has threatened moves against anyone who buys from or sells to Iran, the Syrian government is likely in such a sanctioned position to begin with that US threats don’t mean much.

As long as the Syrians have Hizbollah units in Syria, Syrian and Hizbollah will be targeted by Israel. Syria by now is in a position, thanks to Russia, to maintain the secular Damascus government. A conference of Syria, Russia, EU, US, and UN should endorse Syrian gvt as legitimate, end sanctions, withdraw all foreign forces and funded militias out of Syria.

Obviously this will be impossible under a neo Clintonist, Biden -militarist regime.

as long as their is a gentile left in the world that the jews have not looted or killed the jews will keep attacking. bombing 4 countries at once while signing a peace treaty with countries they were never at war with

Not.much of a secret. Israel has dominated skies over Syria since 1966. Russia and Israeli AF have agreements to share space. Iran is a third rate power. Rissia or China are not saving it.

The Khazars are terrified of Syria’s air defenses. It’s why they hide their fighters in Commercial airspace.

The Khazars haven’t existed for centuries.
Are you saying that they are time travelers?

Nope. Now they call themselves Jewish or Israelis.

Why don’t you?
Very few in Israel have any provable ancestry in the home of the Khazars.
Even fewer Zionists do.

I thought researching ancestry was illegal? You know. You live there. Theodor Herzl, a real Jew, showed the Khazarian ancestry. You will have to smuggle Herzl’s book “The 13th Tribe” into Israel. But read it.

I cannot find that Theodor Herzl ever published a book with the title of ‘The 13th Tribe’.
Could you be referring to The Thirteenth Tribe by Arthur Koestler?

if iran was a 3rd rate power the jews would not be shitting their pants 24/7 for 30 years. in the history of the world I have never saw one country israel so scared of another. tiny greece along with the spartans said FU to the biggest empire at the time and beat them

And that Russia stepped in to stop the US backed isis from taking over.

The sanctions were imposed because the US is a fascist dictatorship.
Why would Israel be afraid of Syria when they have nuclear weapons and Syria doesn’t?

Because the Khazarians wouldn’t dare use their Nukes. The world would never forgive the Khazars for nuking a Country. They also likely don’t nuke Syria because nuclear contamination would spill into Israel. And: the Khazars would lose all the mileage they get by invoking Auschwitz.

Where do you get the idea that they had any nukes to use?

it is the truth and you know it you inbred jew bastard. I even question that the jews even got nukes. I never heard of them testing them one time. you have to test them

They don’t have to test what was built to the same specifications as the American warheads, since they got the plans from our military traitors.

you are right about US military traitors. I still think they have to be tested unless the US does it for them saying it is US tests

The only good reason why any weapon is ever tested is to make sure it will work, to the degree that will be accomplished. The Zionists have no good reason to test their weapons because they were assisted by our weapons industry in creating theirs. If ours work, theirs will.
This points up an interesting conundrum since everyone in the world has been prevented from testing nuclear weapons for several years, and the pro-testing scientists are getting antsy.

They are not “afraid” of Syria, they kill and destroy as they please in that country as it is currently unable to stop them. But Iran is a different matter. Use of nukes may cross someone’s red lines for israel and they will not fight or attack anyone who can not only defend themselves but have the capacity to retaliate. Neither the us nor israel will attack any country that is able to defend itself.

Exactly… the US/ UK and others… plus Israel can have hundreds of Nukes, Iran? None….. WOW so hard to believe eh? Israel has bombed nuclear plants in Iraq they can and do get away with mass-crimes, mass-murder, you name it? they have the USA in their back pockets of course.

Israel is no better or worse than anyone with talent to fashion 21 cent tech for defense. Defense always includes pre emtive strikes.

What country will attack a country that could defend itself?
How is Iran different, since it formally renounced its pursuit of nuclear weapons through multiple international venues?

What is your point? Jackals and cowards will prey on the defenceless but will run from anyone who can fight back. It is one thing slaughtering women and children and quite another when they might see a few body bags of their own.

Collateral murder must not have been committed by jackals and cowards.

What a brave country Syria. 1st they are attacked for years by US paid terrorists and now by cowardly Israeli terror squad or numbskull military whatever you want to call them. Apart from here not a word from any scared press around the world. 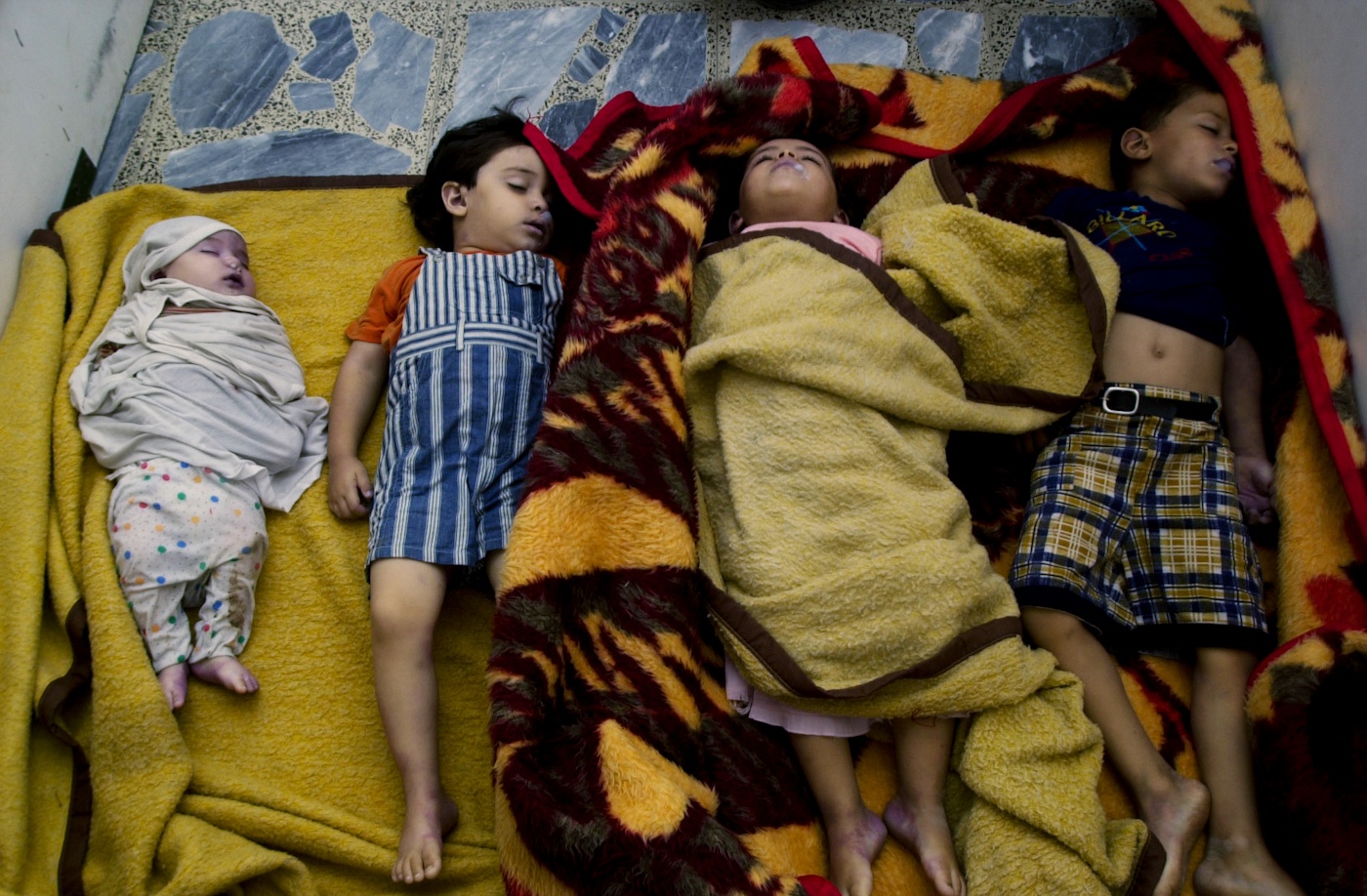 Why must Iran wait for the embargo to expire?

Aye Mon! the rules of the west!!!! sure sure! No rules to worry about when the war- monger USA and its great lackey UK invaded Iran in the early 50s… overthrew their democratically-elected government, put a brutal, murdering despot in charge, had so many tortured and killed, it was the same all over the world for the evil empire-USA prop- up wicked killing despots who serve the plunder, rape, theft of the USA. No wonder Iran and other nations despise the USA no wonder.

If you lack the power, you accept conditions.

Because they obey the law better than the US does.