Inflation Is a Class War

"Meanwhile, those with the right kind of assets are experiencing fantasic increases in their unearned income" 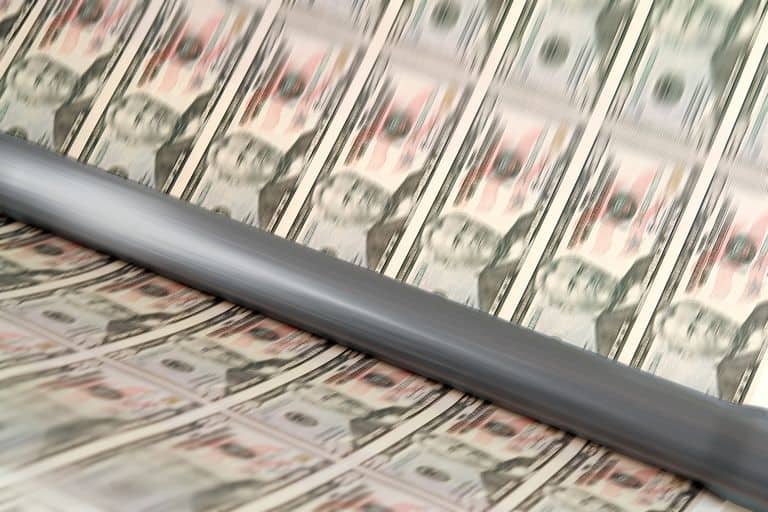 I recently came across the idea that inflation is a two-factor optimization problem: inflation is necessary for the macro-economy (or so we’re told) and so the trick for policy makers (and their statisticians who measure the economy) is to maximize inflation in the economy but only to the point that it doesn’t snuff out businesses and starve workers to death.

From this perspective, households have to grin and bear the negative consequences of inflation for the good of the whole economy.

This narrative, so typical of economics, ignores the core reality of “inflation” in America: it’s a battleground for the class war that’s accelerating. Allow me to explain.

When “inflation” boosts the value of homes, stocks, bonds, diamonds, quatloos etc. to the moon, those who own these assets are cheering. When “inflation” reduces the purchasing power of wages, those whose only income is earned from their labor suffer a decline in their lifestyles as their wages buy fewer goods and services.

They are suffering while the wealthy owners of soaring assets are cheering.

The Federal Reserve and federal authorities are not neutral observers in this war. The Fed only cares about two things: enriching the banking sector and further enriching the already-rich.

The banking sector makes money by lending newly created currency to borrowers. No borrowers or new loans–banks go broke. So the Fed must generate the right kind of “inflation”: it must lower the cost of borrowing money (deflating the cost of borrowing) by reducing the rate of interest borrowers pay, and it must “inflate” the market value of the collateral banks and Wall Street need to support more debt: commercial buildings, homes, stocks, bonds, etc.

This “inflation” of asset valuations makes those who already own these assets richer, while impoverishing those who must buy them with wages that are losing purchasing power. The Fed doesn’t care if small businesses go broke or households slide into poverty; the Fed’s only concerns are maintaining “inflation” in asset valuations and “deflation” in the cost of borrowing, so that debt-serfs, zombie corporations, local and federal government–everyone–can borrow more money, further enriching banks and Wall Street.

This is the sole goal of the Fed. Everything else is distracting PR.

There are downsides to this, of course, but they fall on “the little people” so economists, the Fed and federal officials don’t bother to even track the downsides. Thus we have the nonsensical games government statisticians play to keep official measurements of “inflation” low. This serves to obscure the reality that real-world “inflation” in the cost of education, childcare, health insurance, rent, and so on–all the big-ticket household costs–is soaring, stripping away the purchasing power of wages.

Try finding an apartment for half a week’s pay in a major city. Young workers are paying two week’s pay just to rent a room. This is a massive loss in the purchasing power of labor.

Let’s start with the the wrong kind of asset: a savings account. Where savers earned 5.25% on their savings as a regulatory requirement in the 1960s, now they earn less than nothing: even the bogus “official inflation” is 2%, while savers get 0.1% or less on savings. So savers lose money every day.

There aren’t just wealth-income classes –those who own these assets and those who don’t– there are demographic and age classes, too. Young wage earners are mostly priced out of buying these assets with wages, unless they borrow staggering sums of money and devote most of their income to servicing their debts (student loans, auto loans, mortgage, etc.).

Retirees have been forced into gambling their retirement funds in the Fed-rigged casinos, which just so happen to crash every decade or so, wiping out the naive punters who believed “the Fed has our backs.”

“Inflation” isn’t an abstract debate –it’s class war. And it’s not just between two classes, those who depend on wages/earned income and those reaping the trillions in unearned income and wealth; there are warring classes fractured by age, demographics, political loyalties and issues of who’s hoarding what: every one of these fractured classes is competing for scarce resources, scarce income and scarce security.

Those who don’t see the fragmentation, the scarcities and the battlelines being drawn will be surprised by the acceleration of the unraveling. As noted here previously, The banquet of consequences is being laid out, and there won’t be much choice in the seating. 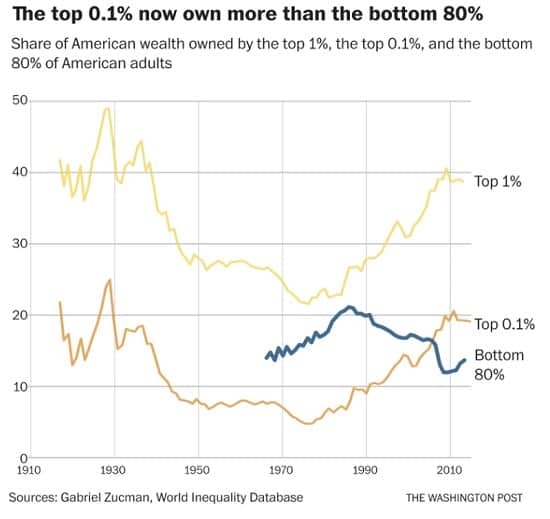 Leave A Reply
Cancel Reply
Read the rules before you think about commenting
Telegram Group
AE has a supporting readers Telegram group where we hang out and exchange leads and takes. If you have ever donated to AE drop me a line on email and I'll send you the link to join.