Merkel supported the war on Iraq and presided over a German surge into Afghanistan to support Obama. Now she's asking Russia to help pressure Taliban on evacuations

The remarks came during Merkel’s trip to Moscow — likely the last in her capacity as chancellor as she is due to step down from politics following Germany’s general election in September.

But it also came at a time of immense global strife, just days after the Taliban’ seized control of Afghanistan, rising tensions in Ukraine, and with Russian dissidents sitting in jail

What did they say about Afghanistan?

The two leaders have had different ideas about the Taliban’s capture of Kabul. Merkel has described the situation as “bitter, dramatic and terrifying.”

Moscow, meanwhile, is seeking to open channels of communication with the Islamist group and appears to be looking to foster some sort of relationship with the Taliban.

Merkel called on Russia to communicate with the Taliban that there was willingness to work with the militant group on humanitarian grounds if they allow the safe evacuation of Western-allied Afghans.

“I have given information that we in Germany consider it most important to evacuate people who have worked for over 20 years for us. Those citizens of Afghanistan should receive a place to stay in Germany,” Merkel said.

Putin called on the international community to prevent the “collapse” of Afghanistan.

“The Taliban movement control almost the entire territory of the country,” he said. “These are the realities and it is from these realities that we must proceed, preventing the collapse of the Afghan state.”

Merkel also alluded, in less direct terms, to the Taliban having established facts on the ground in recent days.

“I demanded from the Russian leader that he free Navalny,” Merkel said. “And I made clear that we will keep doing that,” she said, calling the situation around Navalny “distressing.” Merkel also noted how the prior conviction had been deemed “unproportionate” by a European human rights court.

Putin has long denied ordering the poison attack and refuses to say Navalny’s name in public. He referred to his challenger as “the defendant” who was behind bars “for criminal offenses.”

“I would ask that the judicial decisions of the Russian Federation be treated with respect,” he said.

Putin asked Merkel to work toward a peaceful solution to the conflict in eastern Ukraine, stressing that there was no alternative to the Minsk peace agreement.

Merkel — who is due to hold talks with Ukraine’s President Volodymyr Zelenskyy on Sunday — said there was a stalemate, and people continued to die.She added that she hoped for some progress to be made in the next few weeks.

Besides the armed conflict, Ukraine also opposes the construction of the Nord Stream 2 pipeline from Russia to Germany, fearing that it would affect its status as a gas transit country.

Putin said Russia was ready to send gas via Ukraine even after the end of their current deal, in 2024, but said Moscow needed to evaluate the scale of demand for its fossil fuel first.

“And for this, we need to get an answer from our European partners on how much they are ready to buy,” he said. “We cannot sign a transit contract if we don’t have supply contracts with our consumers in Europe.”

The end of an era?

Despite their strong political differences, the two have managed to keep lines of communication open over the years.

Some would argue that over 16 years of Merkel’s leadership, it would have been difficult not to have fostered some type of working relationship.

The two are able to speak one another’s languages fluently and their exchanges over the years have become talking points.

I like the Buddhist Monk’s rule that one cannot be a messenger for others.

Merkel wants to tell something to the government of Afghanistan, she should do it herself.

The Taliban could never out do the Wests executions.

Quote:What about Navalny?“I demanded from the Russian leader that he free Navalny,” Merkel said. “And I made clear that we will keep doing that,”
Mutti, what about? A 100-year-old former guard at the Sachsenhausen Nazi concentration camp near Berlin will face trial in the autumn, 76 years after the end of the Second World War, German ??
Shiksa has the real “chutzpah” IMO ….

Has Merkel also demanded that Boorish Johnson release Julian Assange? If not, why not?

They are all in bed together Folks. They all cover each others ass and yes Russia in in on all of it.
Even Zelinsky owns millions of dollars in stock in Russia and the main leader in Crimea – Aksenov thanked Prez. Z for keeping the utilities paid on his flat in Yalta. That’s rich ! Zelinsky brings thousands of troops to the Crimea border then the Prez. of Crimea – Thanks him – lol They all must be Jews.

Yes, they are ALL zionazi jews!!!

Western alligned Afghans?= trators,collaborators who deserve strong punishment! If they wanted to collaborate,they should move to the corrupted West,and not to stay at home as snitches! Kill them all!!! 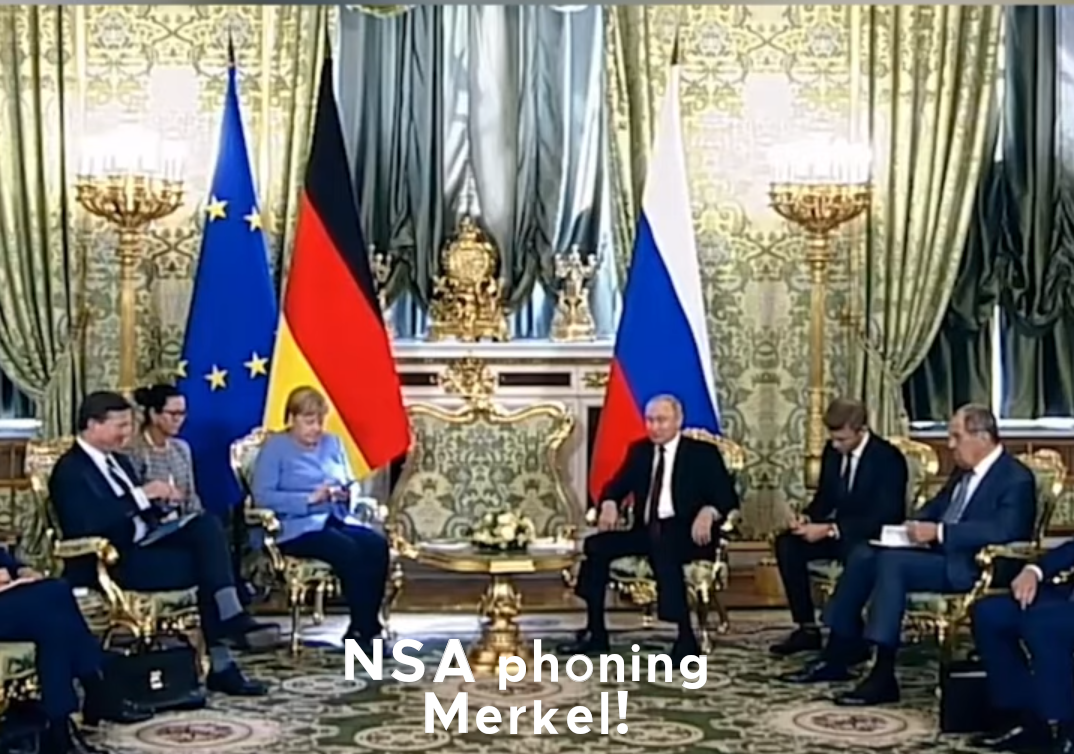 STASI Erika Merkill will be hated more than Onkel Adolf ever was. She is almost smart enough to know it and when she has finished serving her masters in Washing town and is dispatched to whatever hole will have her, the legacy of her Coudenhove Kalergi invasion of the Muslim detritus from USSA’s serial and ongoing judaic wars of expansion, will plague Urupp aka Natostan for generations to come. Here come the latest herds of USSA’s Afghani collaborators and murderers that Urupp’s tax cattle can no more afford than the last batch of Soros herded migrants from the ME. One can only guess what filth is hidden in the CIA owned STASI files of this craven meat puppet and how such a nonentity clawed her way to the chambers of Kohl and the apex of occupied Germanistan’s anglozionazi lackey gubermint.

The ambitious, soulless daughter of the so called “red priest” that spawned her will be held accountable for her part in the evil currently ravaging the entire planet and all her lies will not change that.

I dislike merkel; however she has been reasonably pragmatic if amoral