So ends the dream of throwing back the Syrian army, instead Turkey agrees to invite Russian troops into Idlib jihadistan 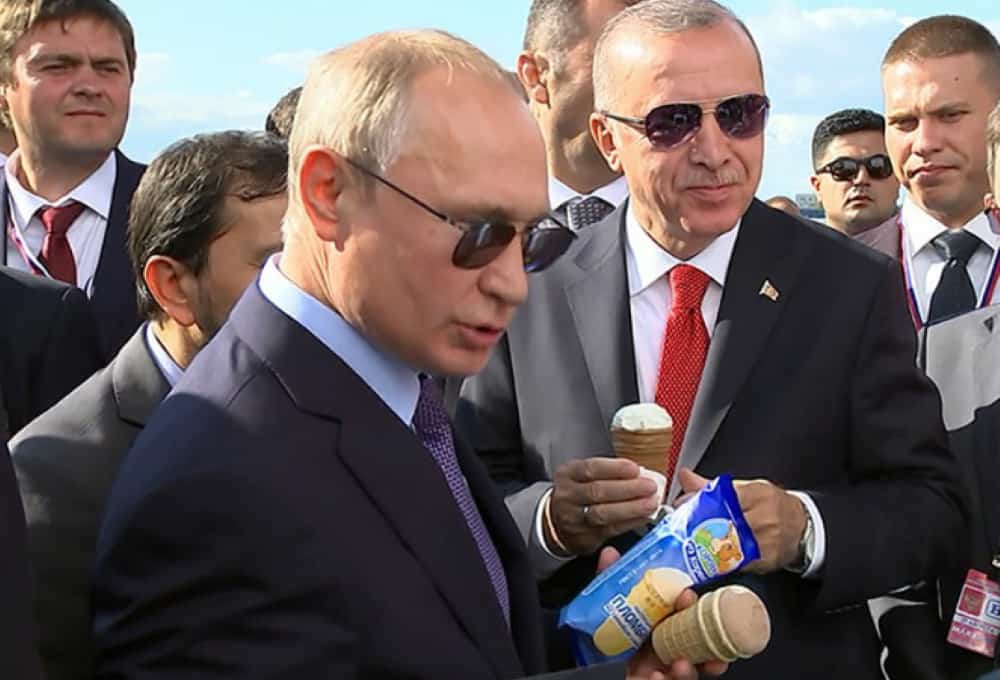 Throughout February Erdogan demanded the Syrian army stops its Idlib advances against al-Qaeda-held Idlib and falls back to its starting lines. Throughout February he threatened that if the Syrians did not do so his military would make them. Come the expiration of his February-end deadline he proved true to his threat to try and do so. Less than a week later he has admitted the battlefield defeat of his attempt. Far from forcing the Syrian army back, Erdogan in Moscow formally accepted that they’re not going anywhere and asked for a truce.

The cease-fire has been granted, but not entirely for free. Since the battlefield initiative remained (albeit only very slightly so) with the Syrian-Russian side, it was Erdogan who had to give up something for relief from further humiliation.

In addition to an immediate cease-fire, Erdogan and Putin agreed to a 6-kilometer “safe zone” to each side of the M4 highway that cuts across the territory still in rebel hands from the west to the east. The two also agree to joint Russian-Turkish patrols along its entire length.

This means Turkey will have to guarantee the safety of patroling Russians troops from jihadis, and if Turkey fails to deliver Moscow will once again feel itself justified in granting Damascus another green light for another offensive. (Not that Damascus will always feel it needs such a green light if it continues recovering strength.)

Also according to Putin’s statement, the need to eliminate UN-designated terror groups stipulated by the Sochi Agreement remains in place. So unless Turkey somehow dissolves the main rebel coalition Russia still reserves the right to have Syria do it at a later date.

Doubtlessly we’d be talking different terms right now if the Syrian army had not managed to stage a comeback and blunt the Turkish offensive. But with Erdogan failing to create gains for the jihadis on the ground there was certainly no need for Putin to grant him any in Moscow.

The outcome of all of this is that Erdogan has secured terms (a temporary freeze) he would have most likely been able to get without launching the invasion in the first place and losing 70 Turkish KIA, without creating considerable political problems for himself at home, and without once again torpedoing his image in the EU.

That — securing terms no better than what you could have had without a war — is the definition of military failure. 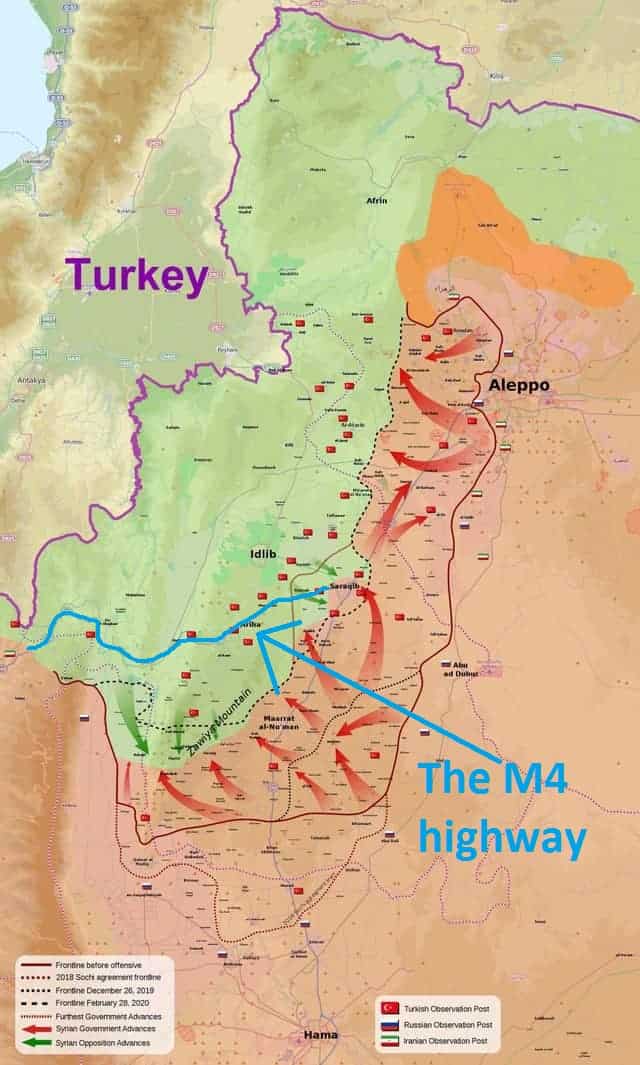 How the 12-km “safe zone” (whatever that is supposed to be) looks on the map:

HOW OFTEN did Erdogan publicly promise to free the besieged Turkish army observation posts?
10 times? 20 times?!
More than 60 Turkish soldiers died for that promise.
No idea how Turks can still support him.

So…
How is #OperationSpringShield going lads?
Asking for a friend…

Fine, Erdogan negotiated a great buffer zone for us. We are now all sailors of the Free Syrian Navy pic.twitter.com/ihKvNsucjj

What a humiliating defeat for Turkey. Rather than just losing ground we intervened AND lost ground. And since they added "terrorist groups" clause SAA will again say they are fighting against terrorists and start another offensive once they build defenses, just like Sochi.