If Trump Pardons Snowden, He Will Have My Vote

However Snowden is relatively fine. How about terminating the persecution of Assange instead? 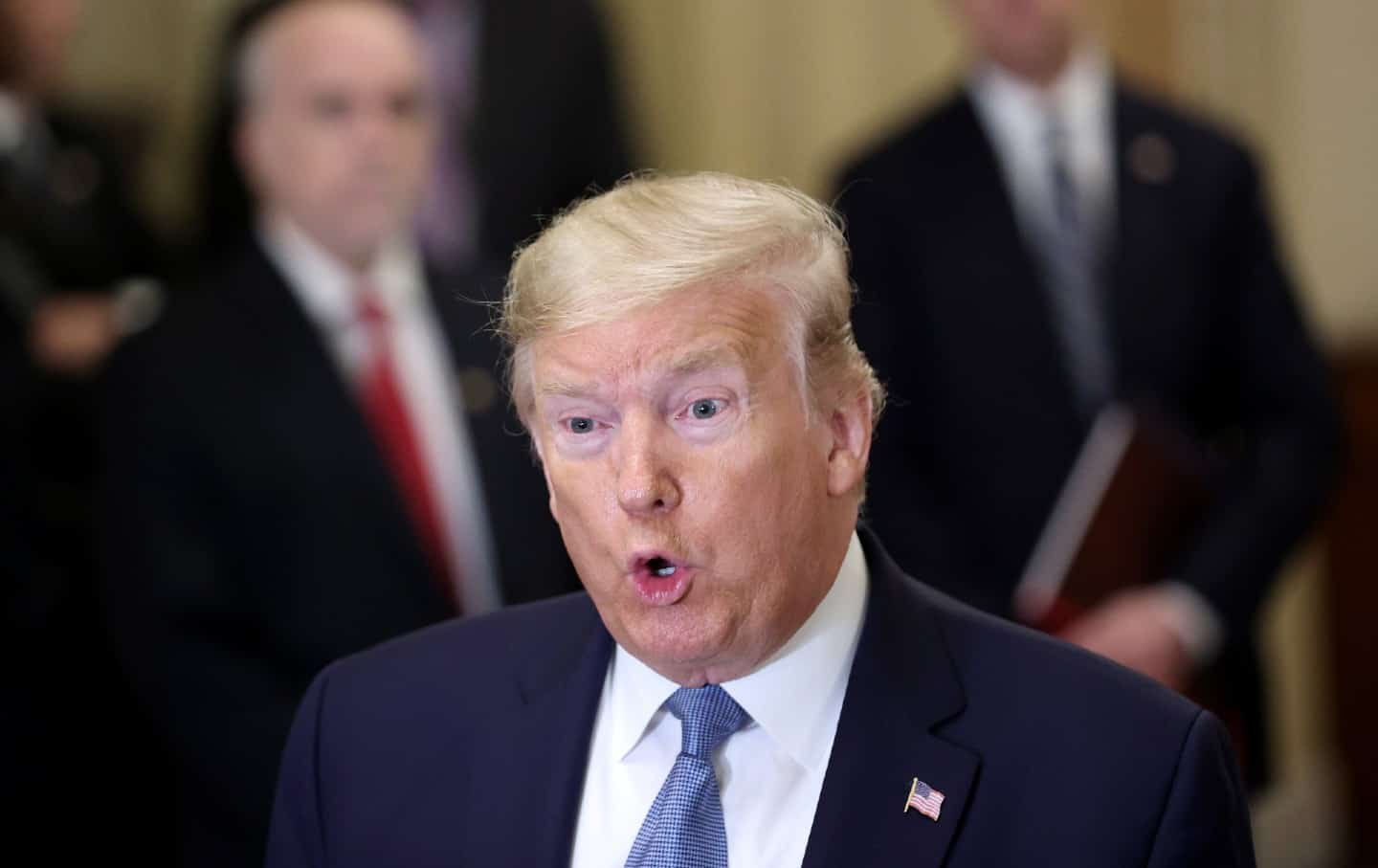 Until recently, I planned to vote for Libertarian Jo Jorgensen for president in November.

But I have had second thoughts after President Donald Trump recently put something on the table that virtually no other president would: Pardoning Edward Snowden.

As diverse voices from the ACLU to Republican Senator Rand Paul have noted, Snowden is a whistleblower hero who made our republican democracy better by warning Americans in 2013 that their government was spying on them en masse at a time when government officials insisted they were not. Not only was Snowden right, but this reckless and warrantless spying on citizens even appears to have included illegal government surveillance of Donald Trump. In fact, after seven years, the U.S. Court of Appeals for the Ninth Circuit has now concluded that the surveillance program which Snowden revealed was in fact unlawful.

Pardoning Snowden would be a game changer for me, and likely would be for many more libertarians. Two libertarian-leaning Republican congressmen have already encouraged Trump to issue Snowden a pardon.

Unless a similar liberty-minded Republican or a principled progressive in the mold of Democratic Reps. Tulsi Gabbard or Ro Khanna, or Democratic civil libertarian Senator Ron Wyden, is ever elected president, it is hard to imagine another president in my lifetime even considering allowing 37-year-old Snowden to return to the United States from Russia, where he remains in exile.

Most establishment Republicans would never consider pardoning Snowden. Democratic President Barack Obama not only refused to do so four years ago, but his former United Nations Ambassador and once rumored vice presidential pick for Biden 2020, Susan Rice, cemented where the centrist Democratic establishment lands on this issue in a tweet last month.

“I. Just. Can’t,” Rice tweeted in mid-August. “Congratulations GOP. This is who you are now.” Rice’s tweet included a link to a video clip of President Trump being asked be a reporter, “Do you want to give Edward Snowden a pardon and bring him back?” President Trump replied, “I’m going to look at it.” That exchange is what sent Rice over the edge to condemn Republicans wholesale—merely considering pardoning Snowden.

I’m a libertarian conservative who hasn’t voted for a major party candidate for president since my first eligible vote for Bob Dole in 1996. As in past elections, casting my 2020 presidential ballot for the Libertarian this year was going to be merely a vote of conscience. I’m glad third parties exist for this reason alone.

My many third party votes have never been about requiring a perfect candidate. There is no such thing. I generally vote third party in presidential elections because most major party candidates give me few reasons to support them and far more not to.

Pardoning Snowden would give me a considerable reason to vote for Trump.

I disagree with Joe Biden on most issues and particularly fear what a Democrat-controlled White House and Congress might do to the economy. There was no chance I would vote for him and his choice of ruthless authoritarian Kamala Harris as his running mate only solidified this.

I have praised President Donald Trump on a number of fronts. Calling out George W. Bush’s foreign policy disaster during the 2016 Republican primaries was glorious. Not starting any new wars is a major accomplishment for modern presidents. [The Strange Myth That Trump Started No New Wars] Trump’s “America First” foreign policy positions, even if they haven’t always been put fully into action, are laudable, as is the president’s willingness to meet with dictators in the name of peace. Signing major criminal justice reform legislation was monumental. These are just a few examples of Trump’s positive accomplishments.

Yet, how we on the right talk about immigrants today, legal and illegal, does not sit well with me. The president has led some of that trend, intentionally or not. The trillions in debt and deficits this administration has encouraged Congress to rack up is indefensible from a fiscally conservative standpoint, even in these COVID-19 times. These are a few among other concerns I have had about this president.

Still, Edward Snowden is the greatest defender of constitutional privacy protections of this generation or any. He risked it all to warn us of a looming danger that will only grow as technology progresses and the U.S. government increasingly ignores the Constitution at will.

The proposition of Snowden becoming a free man again in his country of birth, where he can conceivably continue to warn for decades about what our government has done, and continues to do, to undermine American liberty is of considerable value. That message from that messenger could be of significant value long after the Trump era.

Edward Snowden also deserves his freedom. President Trump might be his only hope. This president is uniquely not beholden to the same Washington forces most conventional presidents are, or at least not to the same degree.

In fact, a Snowden pardon could also be the most swamp-draining act to date of Trump’s presidency. The “deep state” that is protected by both parties—and that would be protected by a President Joe Biden—will never give Snowden a chance to return to his home country. After the president teased a pardon, establishment politicians predictably said it would be a mistake and that Snowden should have come to Congress, as if they would have actually listened to his concerns. If Snowden had chosen that route, the mythical “proper channels,” the American public would have never learned what their government was doing to them and who knows what kind of isolated prison the North Carolina-born whistleblower would have ended up in.

Daniel Ellsberg, the hero whistleblower who leaked the Pentagon Papers in 1971 to the New York Times and Washington Post, helped turn the tide of public opinion on the Vietnam War once Americans heard the dismal truth about that failing war and what their government had been hiding.

Like Ellsberg, Snowden went to the press and trusted journalists to do their due diligence in not releasing information that would harm U.S. national security, but would still alert Americans to the massive trampling of their rights that was occurring on a daily basis.

Not surprisingly, Ellsberg believes that Snowden made the right call. “Snowden believes that he has done nothing wrong,” Ellsberg wrote in the New York Times in 2013. “I agree wholeheartedly.” Snowden, like Ellsberg, is a quintessential whistleblower. To say what Edward Snowden did was wrong is to essentially say there should be no such thing as whistleblowers.

Libertarian-leaning voters are admittedly a small minority of the electorate. Principled progressives who would champion Snowden’s freedom over partisan Trump-hatred might be an even smaller one.

According to Snowden himself, Joe Biden once threatened countries not to give him asylum. Now, President Trump says he is pondering pardoning the same privacy champion Biden allegedly went out of his way to punish.

Susan Rice said derisively that considering giving Edward Snowden a hero’s welcome home is “who” Republicans “are now.” I hope so. And if that’s who President Trump is, he will have my vote.