It'll get blame and sanctions anyway, so might as well do something to deserve it — besides China's rise changes the chessboard since 2014 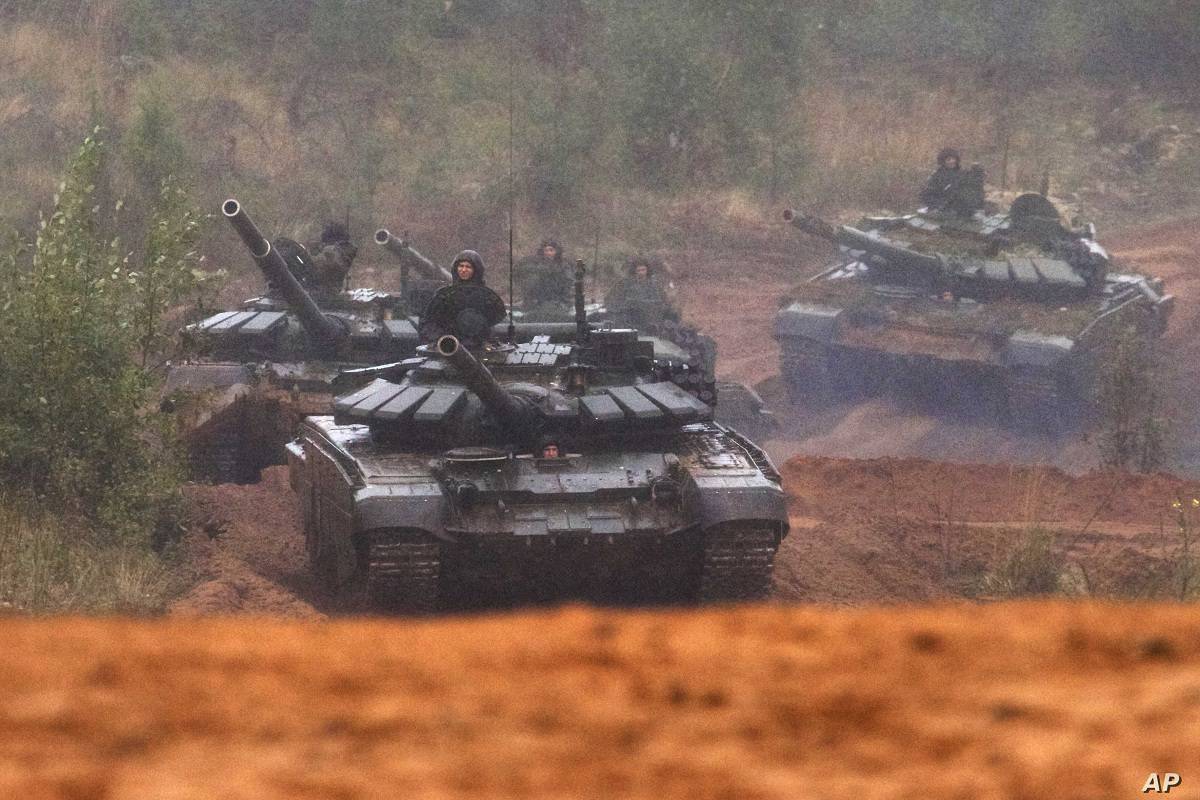 There’s not much to add now except that we are approaching the moment of maximum danger. (I noted that if it happens, it will probably happen sometime from late April to July).

What I think essentially happened is that the Ukrainians wanted to do an Operation Storm on Donbass, which is why movements of military equipment into the region began to be observed more than a month ago. Russia cannot allow that to succeed, which is why it began its own mobilization to the Ukrainian borders.

As I pointed out from the start, Ukraine’s primary aim if it loses – as it would, if Russia was to openly intervene in Donbass – is to shut down NS2 [Nord Stream 2] and save its budget $3B per year (a significant sum for a country with a military budget of $5B and a GDP of $150B). It might also then get more support for NATO. This deal would not be to Russia’s preferences, so it raised, in poker terms, by credibly threatening much more significant consequences in both rhetoric (MFA spokeswoman Maria Zakharova made an oblique reference to “irreversible consequences for the Ukrainian statehood”) and boots on the border which now number somewhere in between 30,000 and 100,000*. Just a few days ago, Russia closed the Kerch Strait to foreign warships from now until October.

That said, it still doesn’t make very much sense to attack Ukraine when NS2 is on the verge of completion (it is not like anybody will buy into a false flag explanation).

On the other hand, there are other factors pushing the situation to a head. The Biden administration has finally gone ahead and sanctioned purchases of Russian OFZs, as well as put additional sanctions on companies in the Russian MIC (including one involved in producing the Sputnik V vaccine) and expelled 10 Russian diplomats. Bizarrely, the sanctions came soon after Biden suggested a summit with Putin, which made acceding to it impossible for Russia PR-wise. The US also sanctioned Russia media entities, such as Strategic Culture Foundation and SouthFront, that it alleges are controlled by Russian intelligence and their propaganda instruments such as Twitter promptly banned hyperlinks to them. Whether or not it was coordinated with the Americans is hard to say, but this was followed by with expulsions of Russian diplomats from Poland and Czechia – in the latter case, wheeling out a bizarre conspiracy theories about the Petrov & Boshirov duo blowing up weapons shipments bound for Ukraine back in 2014*.

Faced with this sanctions and propaganda offensive, the desirability and indeed realism of maintaining some semblance of productive relations with the West must be diminishing by the day.

At the same time, Sino-American relations continue going from bad to worse, with China mounting unprecedented displays of force with respect to its own separatist svidomy entity. Conspiracy theories around the Putin-Burkhalter meeting aside, one other major explanation as to why Russia didn’t realize Novorossiya in 2014 was that China vetoed the idea. But now China is larger and stronger than back then and is rapidly decoupling from the American-dominated world order. So now this might no longer be a significant consideration. Notably, the Chinese recently sent a business delegation to Crimea after Ukraine – a paragon of rule of law – confiscated shares in Motor Sich, an aerospace engine manufacturer, from Chinese investors, probably under American pressure.

The one minimal thing I would note is that so far as Russia is concerned (4) would seem to be much more preferable to (3).

In this scenario, it will be painted as an aggressor (already has been) either way and will have a ton of sanctions piled up on it anyway, which will almost certainly include the cancelation of NS2 and a broad commitment to Ukrainian NATO membership. But in (3), it only gets the half of Donbass that it already de facto controls, while in (4) it gets a corridor to Crimea and Transnistria (including a resolution of the Crimean water problem), half a dozen major industrial cities, and 20M more people.

* Commenter mal speculates about the Czech military supplies warehouse explosions, now being retroactively ascribed to Russia (the Petrov & Boshirov duo, to be exact, LOL), was related to CIA gun running to Syria:

My take on it. Petrov and Boshirov are couriers (possibly intelligence related) and Bellingcat somehow obtained their itinerary and is now hounding them for propaganda purposes.

On Czechia warehouse. That warehouse was storing weapons of Bulgarian arms dealer. Bellingcat says those weapons were supposed to go to Ukraine. But that warehouse blew up in October 2014 and the Atlantic Council (that pays Bellingcat) says Bulgaria started arms shipments to Ukraine in 2015. So how would people know to blow up that specific warehouse in 2014, if it wasn’t shipping anything to Ukraine yet? I mean maybe they saw preliminary contracts but seems like a stretch.

Anyway, Bulgarian arms dealer claimed he was poisoned in 2015. He tested positive for organophosphate by Finnish lab. That’s your Novichok and Petrov/Boshirov connection. And of course he survived, that’s how we can be sure it was Novichok. Unfortunately, Western media forgot to bribe their chemical weapons expert, and he looked at Finnish lab results and said “that’s pesticide”. Oops. So much for the most lethal chemical weapon known to man. That’s bad for the narrative, but explains why Novichok never kills anyone – it’s a garden chemical from a shop. There goes “only Russia can make it” story.

Back to the warehouse. It used to belong to Czech Army, but in 2011 it was rented to a very shady gun running firm called Imex Group. That timing is just perfect for Timber Sycamore startup. They were very sloppy and had a number of explosions.

Western partners are trying to sabotage Rosatom nuclear reactor bid by blaming Russian intelligence couriers for weapons explosion caused by CIA asset incompetence while those assets were running guns to jihadists in Syria. I bet Hillary Clinton is in there somewhere.