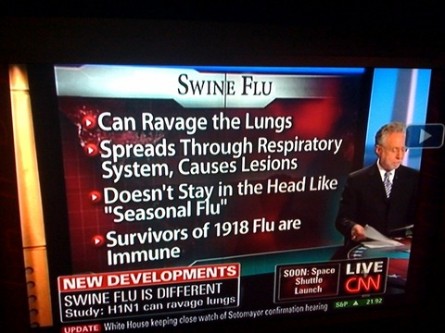 With our collective short term attention span, the year 2009 feels like ancient history. But the same experts and systems are in place today, only 11 years later. Even the doomsday prophecies in media are the same, making the parallel between swine flu and Covid-19 highly conspicuous. Some highlights from the documentary:

ARTE is a French/German government highbrow TV-channel. Because of its small, elite viewership, it can allow itself to commission daring documentaries that would never see the light of day in media with broader audiences. Of course, this editorial freedom has been severely curtailed even here, especially since 2014.