Like prisoners, we're grateful for the slightest glimpse of freedom — but did it have to be like this?

As every prisoner knows, once freedom has been taken away it doesn’t take long to become grateful for the tiniest details of life being restored. The thrill of outdoor tasks in the yard, say, which allow a few more precious minutes under “that little tent of blue which prisoners call the sky”.

I caught myself having similar flashes of gratitude as the Prime Minister set out his roadmap this week, towards liberating schools, restoring outdoor socialising and eventually — gasp — allowing people to see their loved ones when and where they like.

Our expectations have become so diminished that his granting of permission “to have coffee on a park bench” is taken not as an insult but a gift; and the restoration of permission to “hold hands on care visits” is accepted with joy, the cruelty of his withdrawing it in the first place long-forgotten. For parents across the country, the relief that schools will soon be opened will no doubt temper the anger at the damage it has wrought on the people they love the most. All the horror of livelihoods destroyed, funerals with no mourners, older people aged beyond recognition by a year of isolation — the instinct will be to forgive it all in exchange for getting our lives back.

This, for me, is the most frightening thing about the past year. More than the virus itself, more than the political divisions that have opened up — it’s that extraordinary ability of humankind to adapt their horizon of expectations. Twelve months ago it would have been unthinkable that we would so readily accept, apparently with an overwhelming majority, another four months of such drastically reduced existence.

How did we come to be here? The political argument against lockdowns was lost, comprehensively and globally. The awkward-squad journalists who styled themselves as “lockdown sceptics” were systematically pilloried; the scientists who thought there were better ways were shut down. The campaign was effective and only made easier by the careless statements of the “sceptics” themselves.

No one now wants to hear arguments about Sweden, which — still now — poses an awkward counter-factual to lockdown, with its strikingly similar (although less bad) epidemic trajectory to the UK, or India with its partial herd immunity and mysteriously small death rate in comparison to ours; no one wants to admit the stubborn absence of any clear dataset showing that countries with more stringent restrictions performed better than those that avoided them.

As long as we can agree that “there was no alternative”, then nothing has been wasted, nothing needlessly destroyed. This means that as we emerge, blinking, into the sunshine, we can once again make common cause with friends who felt differently, and put past disagreements down to the strangeness of a lost year.

I’ll go along with it. I don’t want to be fighting about lockdowns for a day longer. I’ll take my vaccine and sign my papers. I look at that 21 June date with as much exhilaration and trepidation as anyone.

But the suspicion will never leave me that a more elegant policy response could have been devised — something less cavalier about the precious achievement of our liberal way of life and less insistent on the fallacy that an entire population would behave identically (they never did, not even at the height of the lockdowns). That niggling thought that perhaps there was always a better, safer option than on-off national mandatory confinement.

What about that voluntary “traffic lane” system I suggested, which seemed a more positive metaphor for a functioning society than the “traffic lights” we endured, with their attendant frustration and crudeness? Or greenbandredband, a proposal that never got much attention, but which might, with more work, have been developed into something good. We’ll never know because no government tried them. Creative ideas were suppressed rather than developed. They were dismissed for being “too complicated” —which is rich when you consider the byzantine tiers, rules and regulations we’ve all had to navigate over the past 12 months.

With the UK timeline now set, I imagine most self-styled “sceptics” will pack up their placards, wind down their WhatsApp groups and start to look forward to Spring. But the Prime Minister should realise that if that timetable were to slip — if, for example, an increase in cases that is not pressurising the hospital system were to lead to a new campaign to delay; or if a domestic vaccination passport were to threaten to fundamentally alter the relationship of every citizen with the state; or if the close-the-borders activists were to try to use this crisis to drastically restrict international travel long-term; or if a new variant or virus identified in some faraway land threatens to start the whole process again — they would be reactivated fast. So far, public opinion has surprised everyone by being so much in favour of restrictions; next time it may surprise again, but in a different way.

Obviously, I hope we continue smoothly on the roadmap out of here, and that the summer and following winter opens up and plays out just as the Prime Minister has detailed.

But even if we do manage to return to the “old normal”, it will now have a different aspect. The past year has changed the way I see the world. Having grown up in the 1990s, at university in the 2000s, I’m a product of the “End of History” generation that never got awarded an initial. Too old for the full force of the new technology, too young to remember the Cold War, if anything my generation’s complaint was that the world was too safe, too mercenary, too boring.

Well, the past year has shown how precarious that settlement always was. After this taste of what it is like to have freedom withdrawn, I appreciate it fully for the first time. I have also seen up close how intellectual fashions can sweep through the governing class just as excitedly as they can among those disparaged as “populist voters”. I have seen those elites throw out many principles that they previously held dear in response to a new threat, and invoke the new religion of science and “data” to cast dissenters as heretics. I’ve seen this power wielded by my own friends, my own class — and how sinister it has the potential to be.

So, yes, let’s look forward to spring and promised liberation. Please, let’s move the conversation on. But as we move towards the exit of our long confinement, I don’t think it will feel the same as before. The structures and freedoms that once felt so unassailable have been exposed as fragile and contingent, their defenders weak; and the question of whether there was a better way lingers, taboo and unanswered.

“The structures and freedoms that once felt so unassailable have been exposed as fragile and contingent, their defenders weak…..”

Those defenders would be us…. and weak barely describes it.

We take the shot hoping ‘they’ will allow us some freedom forgetting we are supposed to be free people to begin with,,, forgetting they were elected to represent us and handle the affairs of the state,,, NOT incarcerate us,,, force us to wear items that are harmful to our health, force us to watch our elderly loved ones be frightened to death and die a lonely death,,, force us to watch our children miss school, friends and life in general and generally be treated as if we were their herd waiting to be branded by their shot. (which is pretty much what it does)

A free society doesn’t beg anyone for freedom,,, it demands it, and if necessary, fights for it.

The whole article has been built around those words and only written to flash that single sentence. 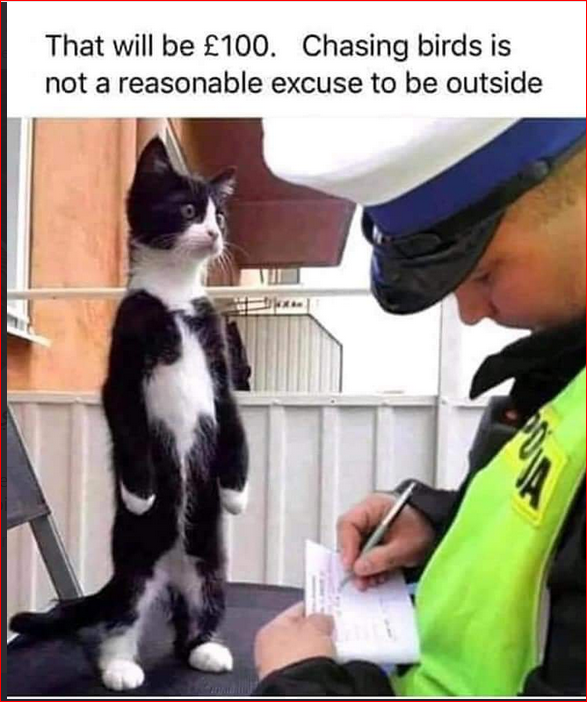