How Come Those Who Claim to Care the Most About COVID, Won’t Even Talk About Ivermectin?

Has more than just "emergency-use authorization" 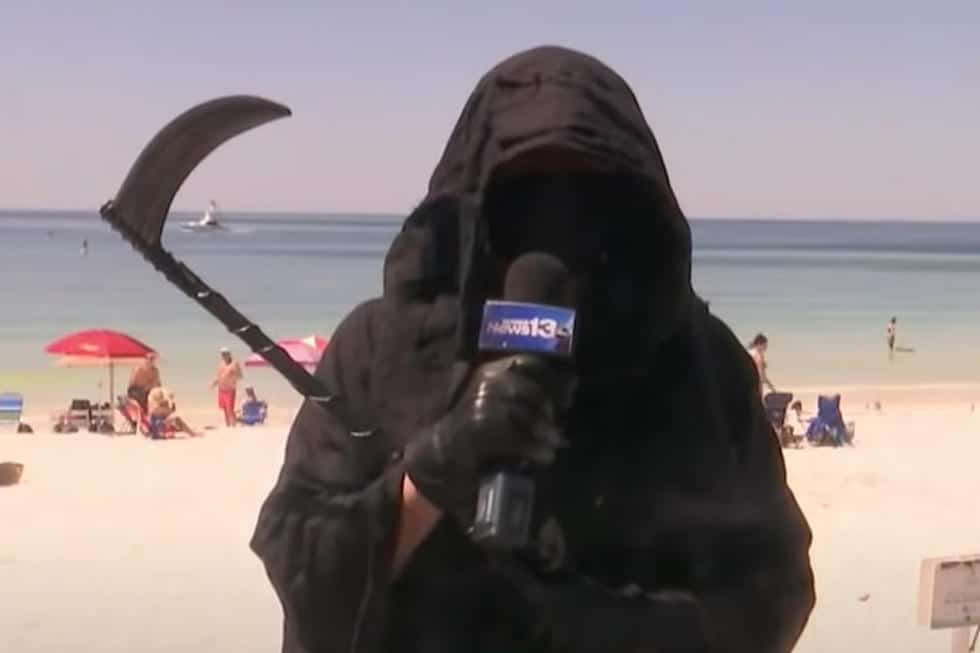 Last week, Manitoba Premier Brian Pallister launched a $1 million grant to convince “hesitant” communities to get themselves vaccinated with one of the experimental shots on the market. But if people are hesitant about an experimental gene therapy that has already racked up a record number of serious adverse events on the CDC’s Vaccine Adverse Event Reporting System (VAERS), why not spend the money persuading people to get ivermectin, a safe and effective early and prophylactic COVID treatment that has been approved by the FDA and the WHO for other uses for years?

In a recent video clip from one of his forums, Pallister was asked by a caller about another kind of hesitancy – not hesitancy to vaccinate, but “hesitancy to talk about ivermectin” and other early treatments. The caller cited the evidence about this drug, which “does no harm” and causes no risk to try it. The female caller completed her thought by asking him, “Are we doing anything with that, and if not, why not?”

As if to illustrate the caller’s point, Pallister responded to her question about hesitancy to talk about ivermectin by … refusing to talk about ivermectin! Like a programmed robot, Pallister blinked his eyes during her question, then proceeded to answer by discussing more about the vaccine! “We’re pursuing domestic research that we hope can lead to better vaccine availability in the future, perhaps not during this wave, but when we need boosters in coming years,” answered the Manitoban premier. He then quickly finished the discussion, put on his mask (even though he is vaccinated), and concluded the session.

This video embodies the criminal behavior of the political class in censoring lifesaving, cheap treatments like ivermectin. Even in vaccine-crazed Israel, they found in a small study of 30 patients that all of them recovered with the use of ivermectin, 29 of them within 3-5 days. In India, which was a hot spot until recently, much of the country began using ivermectin. Delhi saw a 99% decline in cases after beginning universal use of ivermectin. While cases were going down everywhere after reaching some level of immunity, a 99% reduction from April 24 to June 7 is remarkable and much steeper than anywhere else in the world following a big wave. 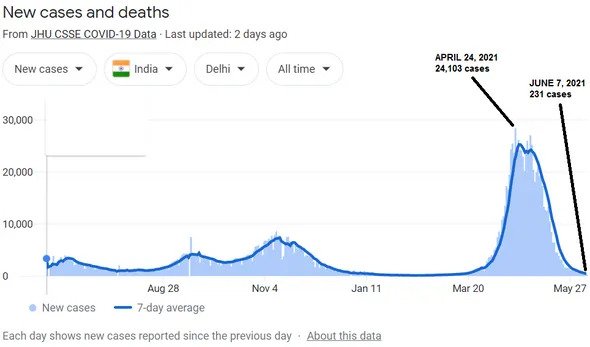 A similar dynamic played out in the state of Uttar Pradesh, which is now 98% off its peak of COVID cases in late April. India’s overall reduction since its peak five weeks ago was 76%, more in line with what we saw in the U.S. and Europe, once the peak wave passed and a modicum of herd immunity kicked in.

India is carpet-bombing Covid with ivermectin, with a production now increased to 77 million pills/month.

Brazil is still refusing to learn and its Parliament is apparently discussing the ban of all early treatments.

Despite Fauci warning about the Indian “Delta” variant being more deadly and continuing to push vaccines as the only solution, in reality, India’s death rate from COVID — even after achieving what appears to be herd immunity — is just one-seventh of our COVID death rate and that of other European countries! India’s death rate is even lower than Israel’s and fairly close to that of Finland, which largely escaped the worst of the virus so far. 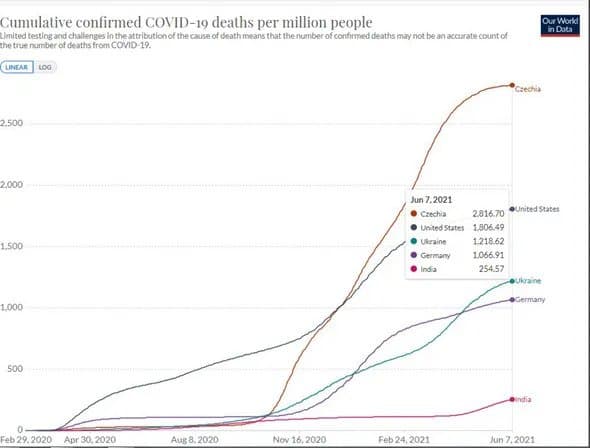 And no, the secret sauce is not the vaccine, because fewer than 15% of Indians have received at least one dose, while over 50% of Americans and 60% of British citizens have already had one shot.

India's Covid cases continue going down, and meet the UK's, coming up.

India has extremely low coverage of vaccine, but high coverage of ivermectin. The UK is the opposite.

Why is this not reported on the BBC? pic.twitter.com/BnduKginRZ 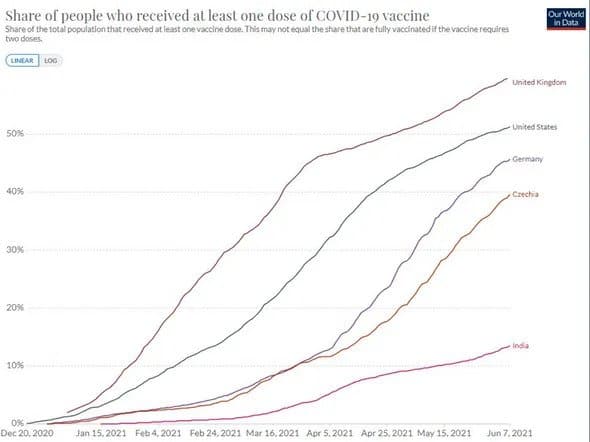 The secret sauce is natural immunity, which is much stronger than the vaccine, along with arming people with early, cheap treatments to obtain that natural immunity as risk-free as possible.

In a remarkable contrast from the legal establishment in the U.S., the Indian Bar Association served Dr. Soumya Swaminathan, an Indian pediatrician who is the chief scientist at the World Health Organization (WHO), with a legal notice for spreading disinformation about ivermectin. Dr. Swaminathan recently tweeted that the WHO advises against use of ivermectin outside clinical trials:

Latest update to @WHO #COVID19 treatment guidelines on ivermectin. Only to be used in clinical trials, evidence for benefit is inconclusive https://t.co/zuw7JzrBcj

Some Indian states have taken this guidance to heart. In the southern state of Tamil Nadu, the newly elected governor, M.K. Stalin, excluded ivermectin from the treatment protocol and opted instead for the expensive and ineffective remdesivir. The result? Just the opposite of Delhi. The virus continued to peak for an extra month and only recently began to recede at a much slower rate. 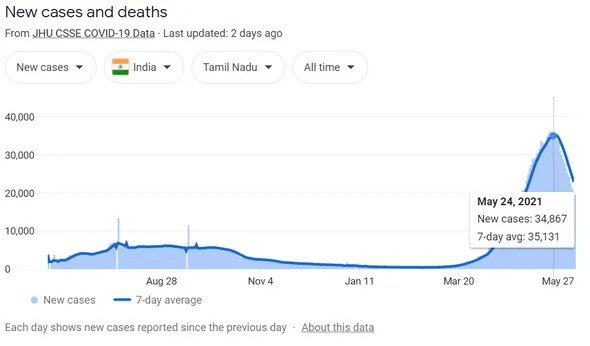 The state of Goa, which is also in the south, began offering ivermectin to all adults on May 11. The 87% drop in four weeks is remarkable. 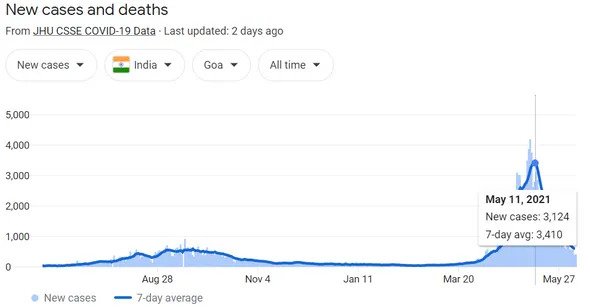 Ditto for Karnataka, another southern state neighboring Tamil Nadu, that sanctioned the use of ivermectin. 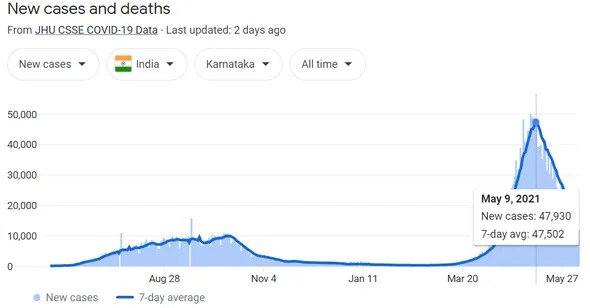 In Uttarakhand, another ivermectin state in the north, cases dropped by 95% since the peak.

The point is that, while herd immunity seems to be the major factor, the states that used ivermectin seemed to experience an earlier peak and a steeper decline in cases than those that shunned ivermectin. [Albeit honestly, a treatment shouldn’t affect cases (only hospitalizations and deaths) and probably isn’t.] The troubling question is what these curves would have looked like had the WHO recommended ivermectin before the virus began to spread and if it had used at the first sign of trouble with the same religious fervor as vaccines, remdesivir, and masks. We will never know, but we can surmise that the curves would have been milder based on the results we are seeing from those countries that used it once they were in a world of trouble.

Mexico experienced a sharp increase in cases during the winter, but enjoyed much success in the regions that used ivermectin. Last month, Mexico City Mayor Claudia Sheinbaum held a press conference where she claimed a study showed ivermectin decreased the likelihood of hospitalization in her large metropolis by between 52% and 76%.

The question everyone needs to answer is this: With all of the adverse reporting from the experimental vaccines, why do the global authorities continue to push them like candy without further study, when they refuse to greenlight ivermectin, with 29 randomized controlled trials vouching for its efficacy with no side effects and 4 billion doses dispensed over decades?

Following the money trail will be very instructive in answering this question. Why would GAVI, the Vaccine Alliance, pay for Google AdWords to warn against ivermectin? Why are Big Pharma and Big Government censoring EVERY alternative treatment, including the ironclad research behind preemptively bulking up one’s vitamin D, vitamin C, and zinc levels? Those questions provide the answer to the censorship of ivermectin. According to GAVI’s website, the “Gates Foundation pledged US$ 750 million to set up Gavi in 1999” and “the Foundation is a key Gavi partner in vaccine market shaping.”

Well, boxing out all alternative treatments is one way to engage in “vaccine market shaping.” There’s nothing quite like a market with just one show in town.

Indeed, the Wuhan lab is not the biggest story of COVID. It’s the global genocide that is taking place at the hands of those who claim to care most about COVID, yet ensure that any effective treatment is not made available to the public.