With magical "directed-energy attacks" in Syria 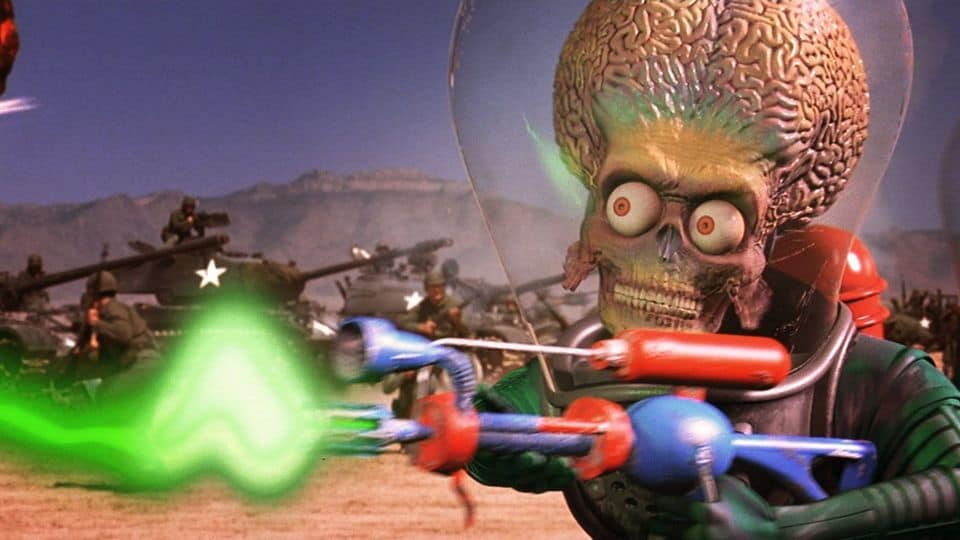 The Pentagon has briefed top lawmakers on intelligence surrounding suspected directed-energy attacks against U.S. troops, and officials identified Russia as a likely culprit, according to two people with direct knowledge of the matter.

The Defense Department had been investigating the incidents, including those targeting its personnel around the world, since last year, according to four former national security officials directly involved in the probe.

Pentagon officials informed at least two key groups of lawmakers earlier this year, in written form and in-person, about the investigation. POLITICO spoke with congressional officials who were briefed on the suspected attacks as part of their oversight duties of the Pentagon.

The briefings included information about injuries sustained by U.S. troops in Syria, the people said. The investigation includes one incident in Syria in the fall of 2020 in which several troops developed flu-like symptoms, two people familiar with the Pentagon probe said.

After this article was published, Gen. Frank McKenzie, head of U.S. Central Command, told lawmakers during a Senate Armed Services Committee hearing that he has seen “no evidence” of such attacks against U.S. troops in the Middle East.

A Pentagon spokesperson declined further comment on the Pentagon’s interactions with Capitol Hill or any internal investigation.

The incidents of suspected directed-energy attacks by Russia on Americans abroad became so concerning that the Pentagon’s office of special operations and low-intensity conflict began investigating last year, according to two former national security officials involved in the effort. It’s unclear exactly how many troops were injured, or the extent of their injuries.

A spokesperson for the director of national intelligence declined to comment.

The investigation is part of a broader effort to look into directed-energy attacks on U.S. officials across multiple agencies in recent years. Since late 2016, close to 50 officials have reported symptoms of a mysterious illness that became known as “Havana syndrome” among U.S. diplomats posted in Cuba. Symptoms included acute ringing and pressure in the ears, as well as loss of hearing and balance, fatigue and residual headaches. Some victims have suffered long-term brain damage. [Actually what the paranoid Americans characterized as an “attack” turned out to be crickets’ mating season.]

Directed-energy attacks on U.S. spies and diplomats are well-documented; the CIA recently set up its own task force to look into the issue. [Well if the CIA says so.] But the recent Pentagon effort to look into similar incidents affecting U.S. troops has not previously been reported.

Circumstances surrounding these incidents are murky, and U.S. officials have encountered difficulties in attributing the suspected attacks to any particular weapon or country.

A report commissioned by the State Department and released in December pointed to “directed, pulsed radiofrequency energy” as the most probable cause for the “Havana syndrome” incidents.

News of Russia’s alleged behavior comes as President Joe Biden is already staring down an increasingly aggressive Moscow, moving to impose a second round of sanctions last week for its cyberattacks and interference in U.S. elections. That round of sanctions notably excluded an effort to stop a major Russian pipeline project, and it came as historic numbers of Russian troops are assembling on its border with Ukraine.

The investigation evolved into a larger discussion involving the National Security Council, the CIA, State Department and Office of the Director of National Intelligence, said three former national security officials involved in the discussions.

The members of Congress privy to top-secret intelligence, known as the Gang of Eight, were notified about Russia’s suspected targeting of Americans in Syria using directed energy, according to the two people with direct knowledge of the matter. The Senate Armed Services Committee was also briefed, the people said.

The congressional officials briefed on the incidents said the Pentagon believes that the nature of the directed-energy attacks is similar to those carried out against Americans in Cuba, but was hesitant to draw direct parallels.

“I know that we’re going to be having a discussion, a briefing on that, informal — and frankly, it’s going to be confidential,” he said in a brief interview. “So let’s wait and see.”

Inhofe declined to elaborate on the forthcoming discussion.

Sen. Marco Rubio (R-Fla.), the vice chair of the Senate Intelligence Committee and a member of the Gang of Eight, expressed concern about Russia’s aggression in the Middle East.

“I think that’s a question that has to have answers,” Rubio said in an interview. “And beyond that, we’ve all seen some of these attacks on diplomatic facilities. I don’t want to link the two, but again, I just can’t comment on any of that.”

Sen. Richard Blumenthal (D-Conn.), a member of the Armed Services Committee, declined to confirm any details about any briefing on directed energy use in Syria.

“On a number of topics where we have been briefed in a classified setting, I think the American people need and deserve to know more,” he added.

The alleged attacks prompted a Pentagon investigation, and officials there came to believe Russia was responsible for the attacks. But a formal attribution can be complicated, as the symptoms of injuries related to directed energy could also have a variety of other causes. Another major challenge is that officials can’t always track the devices, which can be small and portable, the people said.

A former national security official told POLITICO that, in one instance, officials suspected that directed energy had injured a Marine in Syria; but a Pentagon investigation later concluded that the Marine’s symptoms were the result of food poisoning.

Jeffrey Lewis, a professor at the Middlebury Institute who focuses on technology and national security, said the topic can be troublesome from an intelligence standpoint.

“The problem is — and I think we saw this at the embassy in Cuba, but honestly with a lot of these stories over the years — it’s just really hard to know why people are getting sick unless you have the weapon or some technical means of knowing if there’s a particular beam being focused on a place,” he said.

“We still have no idea what the hell is going on at the embassy in Cuba,” he added. “Those people have been reporting all those symptoms for years and the question is, are they being targeted? Is this some eavesdropping equipment that’s having an effect on them? You just don’t know.”

But any public statements on this topic from the U.S. government would also generate skepticism. Phil Coyle, former director of the Office of Operational Test and Evaluation at the Pentagon, urged caution.

“It seems far-fetched to me — harder to do by far than just killing American soldiers with bombs or bullets,” Coyle said. “The advantage, of course, of some imaginary weapon is maybe there would be no attribution. Nobody would be able to tell, which I guess is the situation you’re describing in Syria. All we know is these soldiers got sick, and we don’t know whether it’s food poisoning or something else that made them sick, so we can’t blame the Russians. And that of course was part of the problem in … Cuba.”