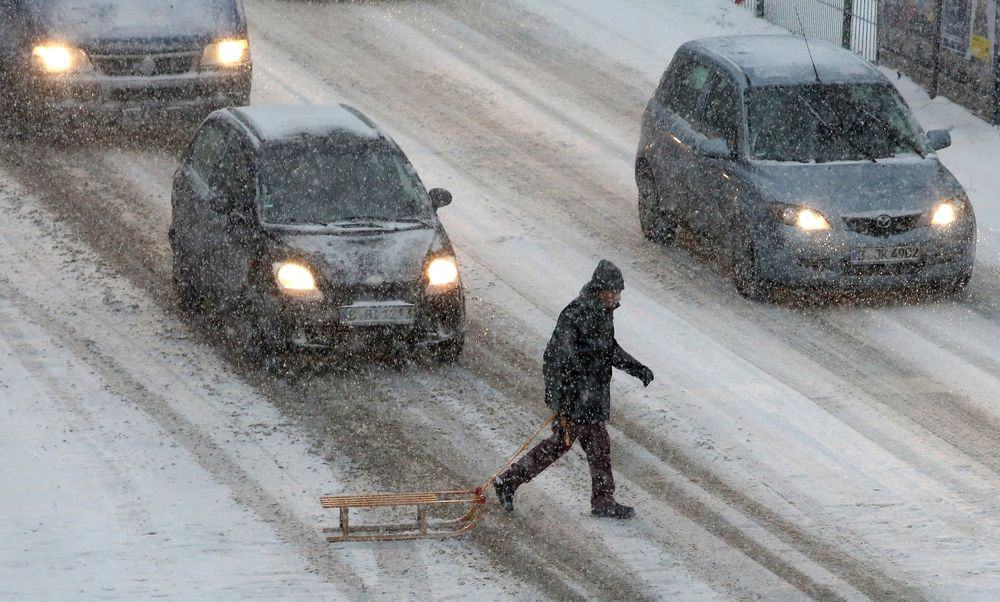 Europe is facing a self-made energy crisis. There’s a winter coming but with the war on coal and nuclear the supply of energy relative to need has never been less.

Of course, there are some people who saw that coming, which is why they built the Nord Stream and Nord Stream 2 pipelines connecting Europe to Russia’s bountiful gas fields. This was both to boost the carrying capacity to Europe and also to break Ukraine’s near-monopoly on gas transit to Europe — an advantageous position which the perenially near-bankrupt Kiev understandably leveraged to secure high energy and financial subsidies for itself (nominally paid out by Moscow but ultimately paid for by higher gas prices in Europe).

At times of greatest disagreement, Kiev would simply “pay itself” by siphoning off gas from the pipeline, causing Russia to cut transit through it, ending most of supply to Europe, which the West would then invariably blame on far-reaching Russian designs against the West, rather than on Ukrainian demands for profit-sharing on Russian hydrocarbon.

Clearly diminishing Ukraine’s leverage was in the interest of Russia and the Europe both, but was even more urgent for energy-insufficient Europeans who stood more to lose from another breakdown.

This reality of Russia and Europe having a common interest in this matter however did not preclude the Atlanticists in Brussels from acting against the (lesser) Russian interest and therefore also against the (greater) European interest and obstruct the original Nord Stream pipe in every way possible. (At one point they achieved a regulatory regime that allowed only one-half of pipe’s capacity actually be utilized.)

When it came to Nord Stream 2 Washington took over the obstruction directly. With sanctions and threat of sanctions it managed to meaningfully delay the completion of the pipeline so that while the link is now complete, it is not yet operational and is still waiting for final permits to start.

Of course, according to Washington Europe did not need Nord Stream 2 because there were “molecules of US freedom” (actual Department of Energy term) just waiting to take the place of Gazprom’s hydrocarbon — admittedly at a considerably higher price.

Fast forward to today. Energy and gas prices in Europe are breaking records, winter is coming, and Nord Stream 2 is still not operational. Meanwhile, US LNG is being shipped to East Asia where it can command *an even higher* price.

East Asia has even fewer piped gas connections than Europe so it has no choice but to outbid the Europeans. But the fact there is also an energy crunch in Europe naturally means that Europeans are bidding up the price the Asians end up paying.

In essence, the US has created a bidding war between Europe and East Asia that benefits itself and other major LNG producers — such as Russia.

Hilariously, by acting against common EU-Russia interests in piped gas the US has boosted the common interest America and Russia have in high LNG prices. 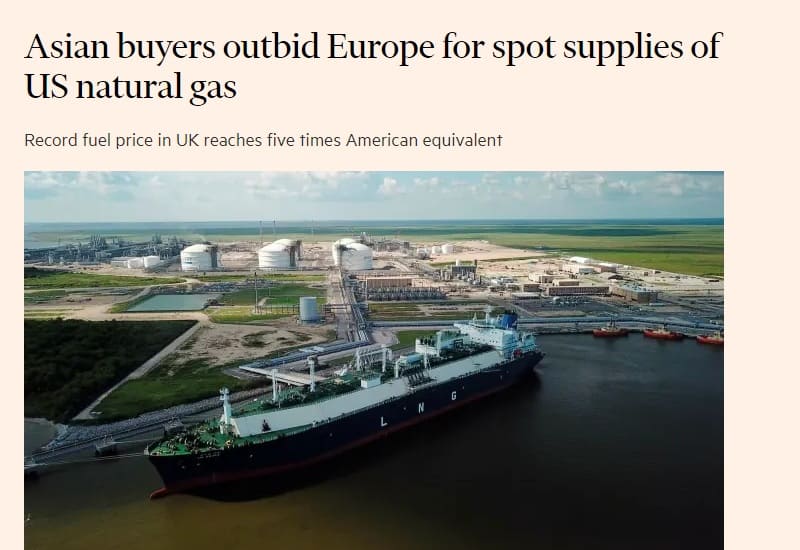 Having set up its EU vassals for an unenviable power-generating crunch and then hung them out to dry in it, the US blames it on Russia: 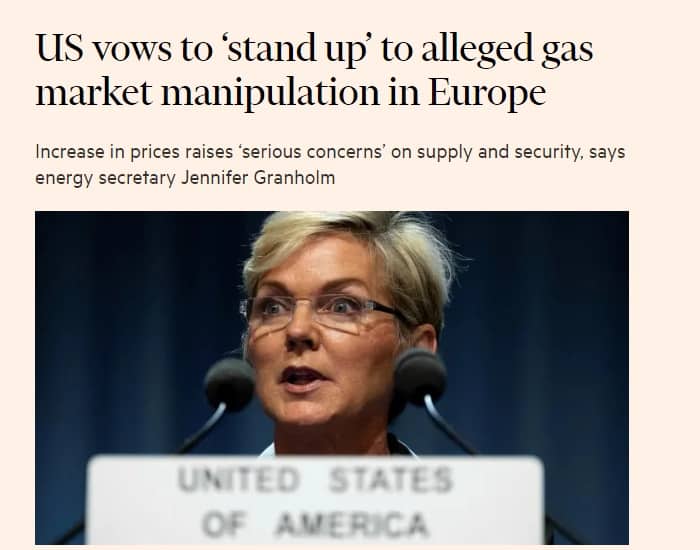 You have to appreciate the chutzpah here. Having engineered a bidding war between EU and East Asia for its LNG by waging a lawfare jihad against Nord Stream 2 via sanctions and the Atlanticist 5th column in Brussels the US now accuses Russia of “manipulating” the market.

The US also has a solution. The solution is for Russia to ship more gas, fast:

The US says Russia must increase supplies of natural gas to Europe through Ukraine to curb skyrocketing energy costs, sticking to its negative stance on the launch of Russia’s Nord Stream 2 pipeline.

”The reality is there are pipelines with enough capacity through Ukraine to supply Europe. Russia has consistently said it has enough gas supply to be able to do so, so if that is true, then they should, and they should do it quickly through Ukraine,” Amos Hochstein, senior adviser for energy security at the US State Department, said in an interview with Bloomberg TV.

But why exactly should Russia be in a hurry to ship additional quantities of gas and help cover up the immense folly that was the obstruction of Nord Stream 2?

It will be far more educational for Europe to enjoy the consequences of its servility to Washington at least for a little while.

In the meantime, both the US and Russia (and Australia and Qatar) will enjoy the sky-high LNG spot price. 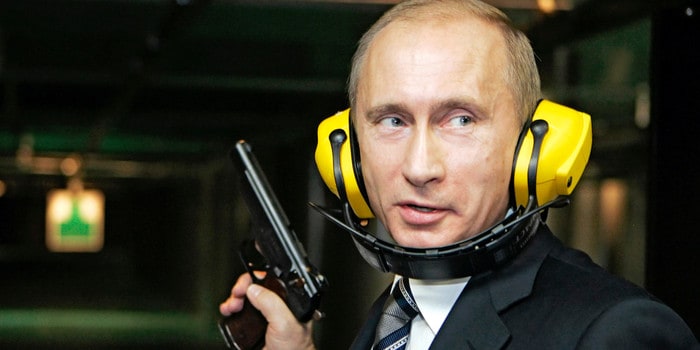 Asian buyers are winning a bidding war for American natural gas, undercutting hopes in Europe that US exports will be a quick fix for the continent’s fuel supply crisis — but bringing a windfall for traders able to capitalise on the price spike.

Natural gas settled at a record high of 189.65 pence a therm in the UK on Monday, adding to fears that fuel price inflation could derail Europe’s economic recovery. Equal to about $26 per million British thermal units, it is five times the US natural gas price.

The price disparity has not been wide enough to lure more spot supplies from the US’s expanding liquefied natural gas export industry, which condenses the fuel for shipment on ocean tankers. These exports are sailing to deeper-pocketed buyers in Asia and sometimes South America instead.

“They have more purchasing power now,” said one LNG broker, referring to Asian buyers. “Europe has pipeline supplies and China and Japan don’t have alternatives.”

The US has vowed to support European countries hit by an energy supply crunch blamed on Russia and to “stand up” to suppliers accused of manipulating prices.

Surging gas costs due to tight supply and low reserves have forced European governments to draw up plans to provide emergency aid to households and utilities. Officials and traders have warned that moves by Kremlin-controlled energy giant Gazprom to restrict supply could cause a crippling energy crisis this winter.

US energy secretary Jennifer Granholm said the rise in prices had “raised serious concerns and questions on the reliability of the existing supply and security in Europe”.

“We and our partners have to be prepared to continue to stand up where there are players who may be manipulating supply in order to benefit themselves,” she added.

Russia is Europe’s biggest supplier of gas and accounts for about 40 per cent of imports. Gazprom has fulfilled its long-term contracts to European customers but has restricted additional top-up sales, while allowing its own storage facilities in Europe to fall to low levels.

“Clearly we want to all have our eye on the issue of any manipulation of gas prices by hoarding or the failure to produce adequate supply,” Granholm told reporters during a visit to Warsaw.

“We are looking at this very seriously and we are united with our European allies in making sure you get adequate, affordable gas supply this winter.”

Our Benevolent Empire
8 Comments
Leave A Reply
Cancel Reply
Read the rules before you think about commenting
Telegram Group
AE has a supporting readers Telegram group where we hang out and exchange leads and takes. If you have ever donated to AE drop me a line on email and I'll send you the link to join.