They don't want to publicly oppose Trump's nominee. And if they never vote on it, they won't have to 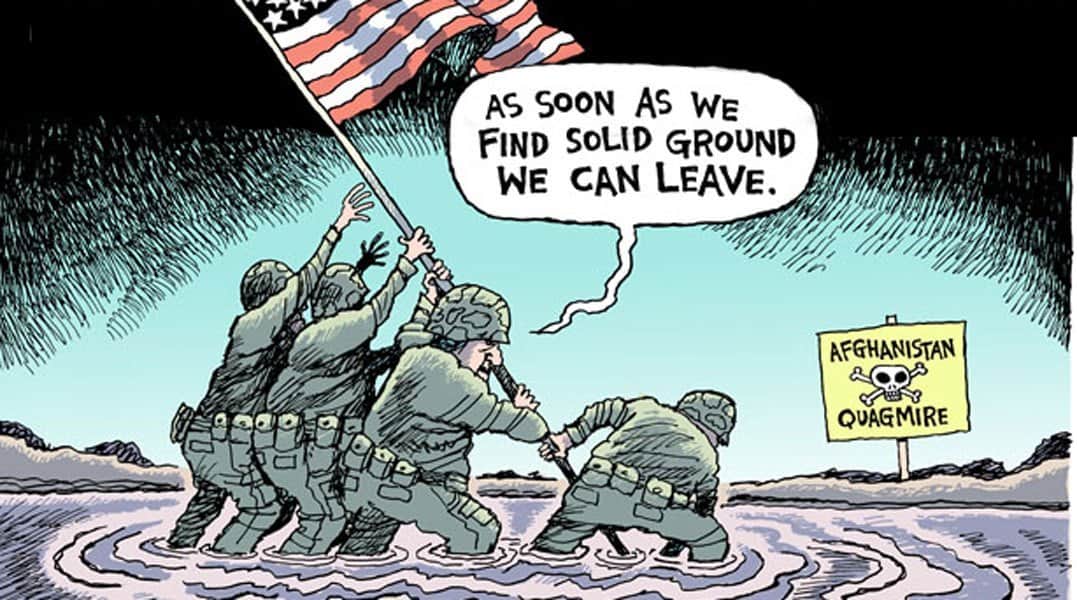 The Senate is about to wade neck-deep into a confirmation battle over a Supreme Court nominee. But even as their calendar jams up, they shouldn’t forget another important executive appointment: Will Ruger, nominated by Donald Trump to be the new ambassador to Afghanistan. Ruger is a board member and longtime friend of The American Conservative. A Naval Reserve officer, a realist on foreign policy, a foe of idiotic wars, his elevation was viewed as a statement that the president is committed to bringing the troops home from Afghanistan.

There’s just one problem: the gears of Ruger’s confirmation have ground to a halt. Part of the fault appears to lie with the White House, which waited more than a month to send the nomination to Congress. Another obstacle is that Supreme Court fight, which is set to suck up all of the oxygen on Capitol Hill. But there’s also an ideological angle here, as the Huffington Post noted last weekend:

Ruger’s positions are far less bellicose than those of top lawmakers who will determine his fate, like Senate Majority Leader Mitch McConnell (R-Ky.) and Foreign Relations Committee Chairman Jim Risch (R-Idaho). Those lawmakers may not want a public fight with the president over the nomination ― and they almost certainly blessed Trump’s choice behind closed doors before he sent it to Capitol Hill ― but they may also decide the easiest option is to simply never consider the matter at all.

Bear in mind that the Post’s piece was published before Ginsburg passed away; now that she’s gone, Republicans who wanted to duck Ruger’s confirmation have a perfect excuse. McConnell and Senate leadership are usually tacit about breaking ranks with Trump, but in cases of foreign policy, they’ve proven bolder. Recall that McConnell himself denounced Trump’s plan to pull troops out of Syria in 2019 and even introduced a resolution opposing it. The idea that he was going to easily accede to Ruger’s nomination was always farfetched.

More evidence of the Senate’s hesitation comes from reporting out of the reliably hawkish Washington Free Beacon, which cites three congressional aides saying Ruger is dead on arrival. That Free Beacon article is hilarious, by the way. You will not be surprised to learn that the staffers it quotes accuse Ruger of having “anti-Israel views.” You will not be surprised to learn, either, that they provide absolutely no evidence of this whatsoever. (This must be like when Jennifer Rubin used to cite the Emergency Committee for Israel in every single one of her columns, which I’m pretty sure was just her in a wig.)

Ruger was never going to win over the militarists at the Free Beacon. But his views on Afghanistan are in line with the president’s, who won election promising to end our fruitless Middle Eastern wars. Those views have bipartisan appeal, harnessing the energy of a new left/right coalition determined to learn from the foreign policy mistakes of the past. Ruger is a good man and would make a fine ambassador. McConnell should take heed and the Senate Foreign Relations Committee should schedule a hearing.