They are “meeting somewhere—we don't know where.”

I’ve worked with my fair share of underground churches in totalitarian nations.

I never thought Canada would be one of them.

Gracelife Church in Alberta had their pastor, James Coates, imprisoned for a month. Last week, their building was raided and a fence was constructed around the building. It is now guarded by scores of police.

Authorities sent over TWO HUNDRED COPS to keep worshippers from the building this Sunday:

There were already dozens of police on scene, but busloads of riot police were sent in after a convoy of angry Canadians (not the church members) arrived and tried to tear down the fencing: 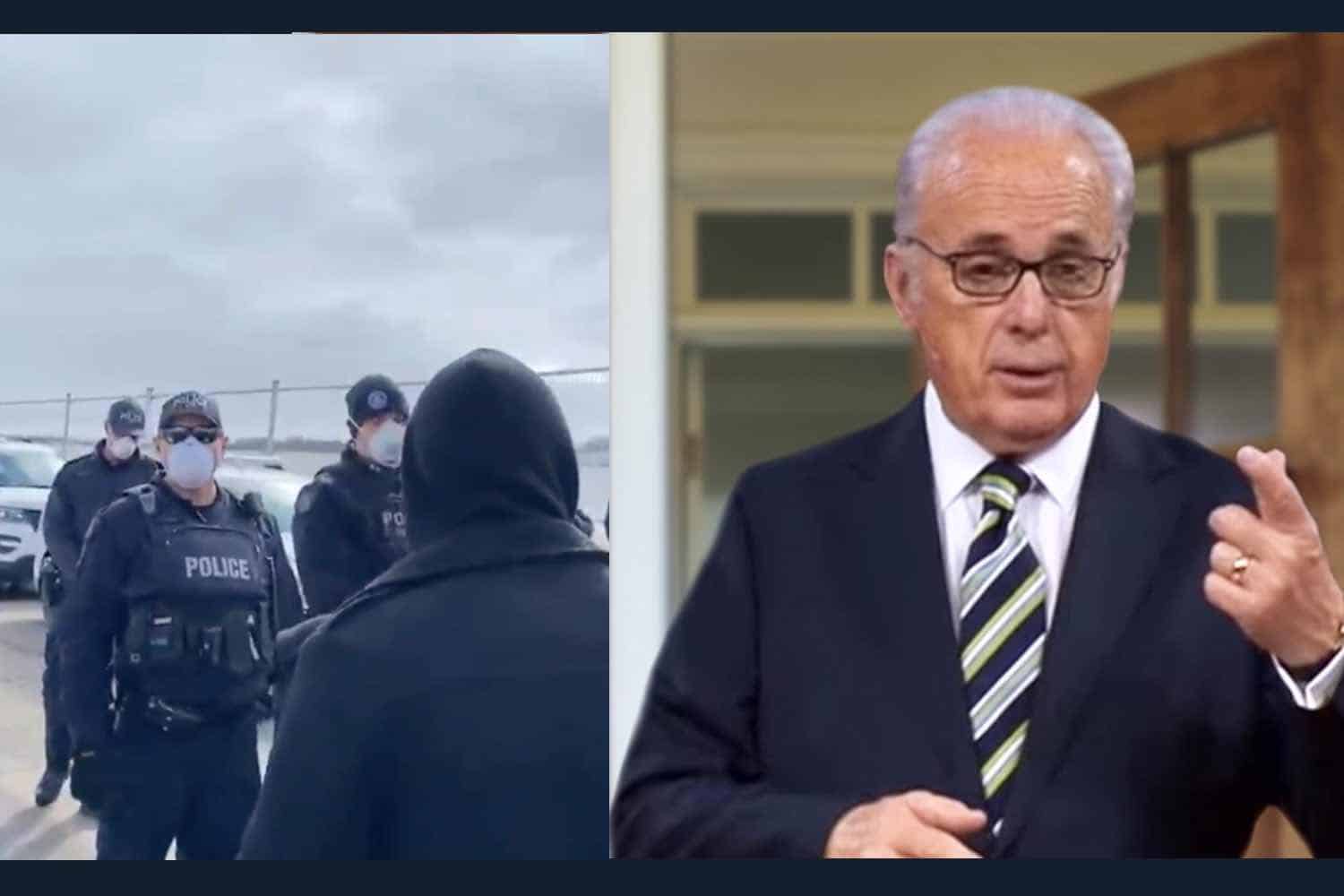 Well-known pastor and author John MacArthur shared this update about the church, confirming that they will continue to exercise religious liberty and stand against the abuses of power in Canada by worshipping together at an undisclosed location:

“This morning, GraceLife Church up in Alberta, Canada is meeting somewhere—we don’t know where.

James Coates said at this point it’s not for the public to know.

It is amazing to think of an underground church in Canada.

This is because the government of Alberta triple-fenced the church in and locked it so people couldn’t go there.

I think the latest statistics I’ve seen are that two-thousand people have died through the months of Covid, eighty percent of them in senior homes. The remaining ones had some kind of co-morbidity out of the millions of people who live in Alberta. So there’s no legitimate reason to do what they did to this church, especially at this point.

But they did, and this is a first for the Western world, to have the government lock out believers from church—and that after imprisoning James Coates, who’s a graduate of the Master’s Seminary, in maximum security prison. They led him away in chains and he was there for about thirty-five days.

Many of you have been praying for GraceLife Church, and the scene is changing. There is massive outcry against the government for doing this.

I’m praying along with you that this will draw attention to that church, to him, and to the Gospel. And it’s already beginning to do that.”

Gracelife is the first, but assuredly not the last, church in North America that has been forced underground.

Here was part of the church’s statement on Sunday after the protest:

“The closing of the Grace Life facility has understandably resulted in significant public outrage and caused even larger crowds to gather in one place. Albertans have a constitutional right to assemble, associate, and worship. By taking the measures the government has, while the matter is still pending before the Courts, the Alberta Government has created an even more divisive situation.

It is time to end these unscientific, unjustified and arbitrary lockdown measures.”