There are no more births now per year than there were 30 years ago. Human population growth will stabilize and decline sooner than everyone thinks

I’d kind of forgotten about this article I was working on that was left sitting in my drafts…and thought I’d post it even though I’ve shuttered my blog.  Make of it what you will.

Global births, per five year periods, according to the UN.  The world stopped growing about 1988…and has only grown older since. 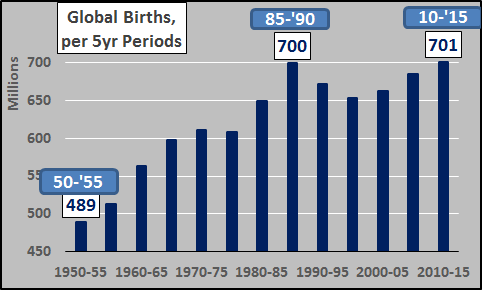 Births and UN medium and low variant estimates through 2040…plus my best estimate of the most likely births.  Despite the significantly larger (older) total population, births continue to languish and appear set to decline.  Since 2000, total births are declining everywhere except Africa. 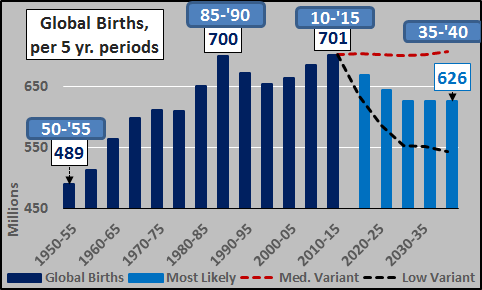 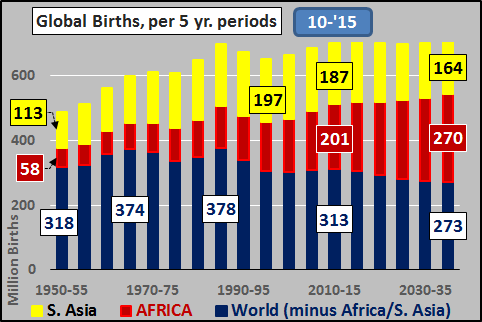 Or, looking at births by GNI (gross national income) per capita.  Only the poorest nations are having more children, while all other nations (by income) are having significantly fewer (high income and upper middle) or stalling (lower middle income nations). 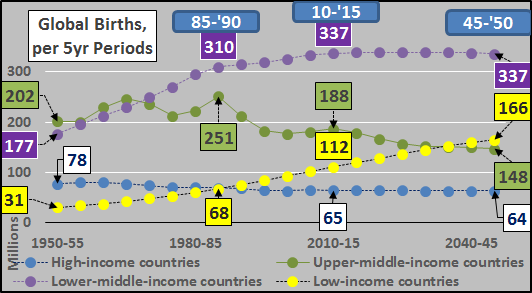 The next charts below show the child bearing populations, from high, upper middle, lower middle, and low income countries (based on 2016 GNI per capita, detailed by the World Bank HERE). 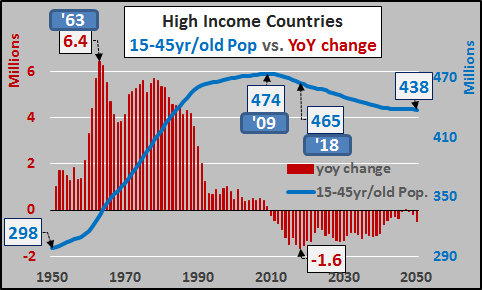 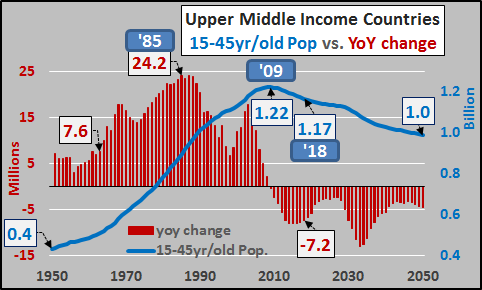 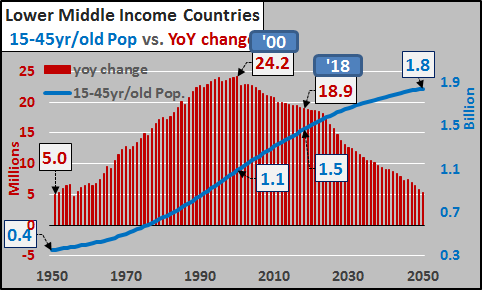 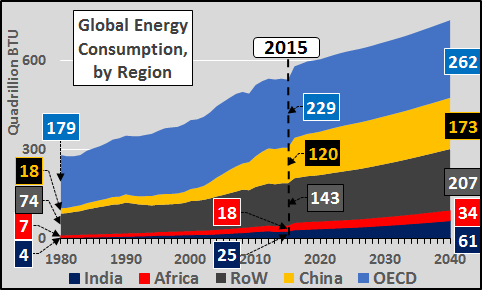 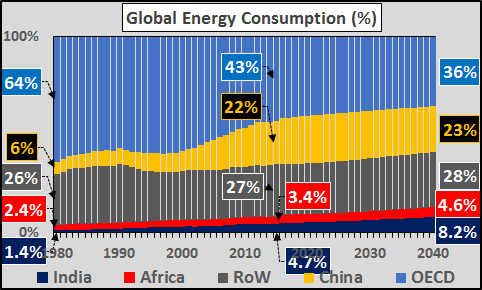 Somebody should write about this stuff.