Pollute the scenery with hideous, unrecyclable machines — get 3x the electric bill as reward

Despite their surging popularity in Germany and elsewhere in Europe, the Greens did badly in last Sunday’s election in the German state of Thuringia, and the nationalists from the Alternative for Germany Party (AfD) did very well.

An important reason is that the Greens support wind energy and the AfD militates against wind turbines. The giant windmills have grown so unpopular in neighboring communities that their construction in Germany has all but ground to a halt.

There are nearly 30,000 wind turbines in Germany, more than anywhere else in Europe. Only China and the U.S., both much bigger countries, have more. Germany gets 23.5% of its energy from wind this year; it’s the biggest source of renewable energy for the country.

This is happening because it’s getting harder to get permission to erect the turbine towers. Local regulations are getting stricter.

Bavaria decided back in 2014 that the distance between a wind turbine and the nearest housing must be 10 times the height of the mast, which, given the density of dwellings, makes it hard to find a spot anywhere. Wind energy development is practically stalled in the state now.

Brandenburg, the state surrounding Berlin, passed a law this year demanding that wind-farm operators pay 10,000 euros ($11,100) per turbine each year to communities within 3 kilometers of the windmills.

Besides, local opponents of the wind farms often go to court to stall new developments or even have existing towers dismantled. According to the wind-industry lobby BWE, 325 turbine installations with a total capacity of more than 1 gigawatt (some 2% of the country’s total installed capacity) are tied up in litigation.

The irony is that the litigants are often just as “green” as the wind-energy proponents — one is the large conservation organization NABU, which says it’s not against wind energy as such but merely demands that installations are planned with preserving nature in mind.

Almost half of the complaints are meant to protect various bird and bat species; others claim the turbines make too much noise or emit too much low-frequency infrasound. Regardless of the validity of such claims, projects get tied up in the courts even after jumping through the many hoops necessary to get a permit. Another reason for local resistance to the wind farms is a form of Nimbyism: People hate the way the wind towers change landscapes. There’s even a German word for it, Verspargelung, roughly translated as pollution with giant asparagus sticks.

In Thuringia, locals were appalled by a plan of the outgoing state government (which includes the Greens) to carve two areas for the turbines from a beloved forest. There are 40 citizens’ groups working against more windmills in the small state of 2 million people, and they appear to be getting results: Only six towers have been erected so far this year, compared with 51 in 2017. Even though most of the initiatives are environmentally motivated and the activists want nothing to do with the AfD, ordinary voters who want to see fewer windmills built go with the party that promises to stop the projects.

This nasty political and regulatory climate creates too much uncertainty for investors, just as the German government prepares to phase out wind-energy subsidies. That a vicious circle will ensue, understandably, worries the renewables industry. A recent study carried out for the engineering lobby group VDMA predicted that, if the current obstacles persist, employment in the onshore wind industry, which stands at 64,200 people today, will drop by 27% by 2030.

Meanwhile, the German government, aware of the difficulties with wind development, has been trying to shift the emphasis in its ambitious new energy plans to solar. But it’s hard to say whether building up photovoltaic energy production, which accounts for about 10% of the German energy mix today, can make up for the lagging wind development. Germany, after all, isn’t one of the world’s sunnier countries.

Without technological breakthroughs — for example, in energy storage, which would make fewer new turbines necessary — Germany, and then other countries that try to build up renewable energy generation as it has done, will be hard put to push production to the level required to reach climate goals. In renewable energy, competition from fossil fuels isn’t the only problem: Local politics may be an even higher hurdle.

All of “green energy” agenda is part of wider “climate change” (aka snow-is-the-thing-of-the-past thar never was) to contain China through it’s manufacturing restrictions and Russia through it’s oil-gas selling. It is double agenda that have to play against two main geopolitical West’s foes at once. That’s why we know about Musk and he’s electric cars, we know who is Greta Thunberg, here and there every day we hear about climate change… Science have become political and propaganda tool.

Instead of using perfectly useless wind turbines,they should consider putting Thorium reactors into production.
Clean, safe, and is able to provide energy not only when the wind is blowing, but at all times.

The concept of Thorium powered nuclear reactors has been around a long time.
The main issue with a Thorium reactor is it can´t produce the nuclear fission material in order to make nuclear bombs.
As such they were considered to be useless. 🙁

The problem is that Germany irrationally abandoned nuclear power. With nuclear power every one of those hideous turbines would disappear to be replaced by a few, virtually invisible nuclear power stations. The amount of steel and concrete necessary for those turbines far exceeds (30X) that for nuclear reactors, which makes them less ecologically sound. These intermittent sources of power (the wind can stop blowing for an hour, a day, a week, or a month … at random) can never support an advanced civilization. The most cost effective energy storage schemes are still far too expensive. These things last for ~ 25 years, so I think this is likely to be the only generation of wind turbines that the World will have to endure. By then, the World will be building nuclear and tearing down these monstrosities.

It is of course fantastic to tear these “wind” monsters down. Millions and millions of birds have been killed by this wonderful application for windpower energy.

Back to nuclear power. One is talking about nuclear power as if you are at the baker’s shop and buy a couple of rolls for your breakfast.
And when one buys the bread rolls at the shop one never thinks (logically) of the endresult when eaten the breadrolls. The rests after digestion in the body have to go somewhere?

Into the soil (“no smoke? no fire”) and one thinks problem solved you are fooling yourselve. It take thousands of years to dissolve, if it will dissolve. There is no proof yet it will be THE solution.
What then?

Quite simple. Do not let Politics and its politicians make us crazy about the big hoax “climate change”. It is all bogus.

Do not let the “Greta Climate Change” industry make you pessimistic about our planet. We need CO2 to be able to live on this planet for sure, fauna and flora included.
Climate change is the biggest hoax and depopulation program in the history of mankind. (source: LaRouchepub)

Back to normal: use of fossil fuel, gas, coal, oil. This madness is only happening in Europe. The rest of the world is laughing at Europe. Climate Change by the West is the same as sanctions on foreign countries which are a danger (competition) to the West’s hegemony.

“Recently, however, the austere environmental impacts and health risks associated with expanding wind energy have received more attention. For example, scientists have asserted that wind turbines are now the leading cause of multiple mortality events in bats, with 3 to 5 million bats killed by wind turbines every year. Migratory bats in North America may face the risk of extinction in the next few decades due to wind turbine-related fatalities.”
Source http://www.eike-klima-klima-energie.eu
And that is only the bats. They are not the only ones flying. 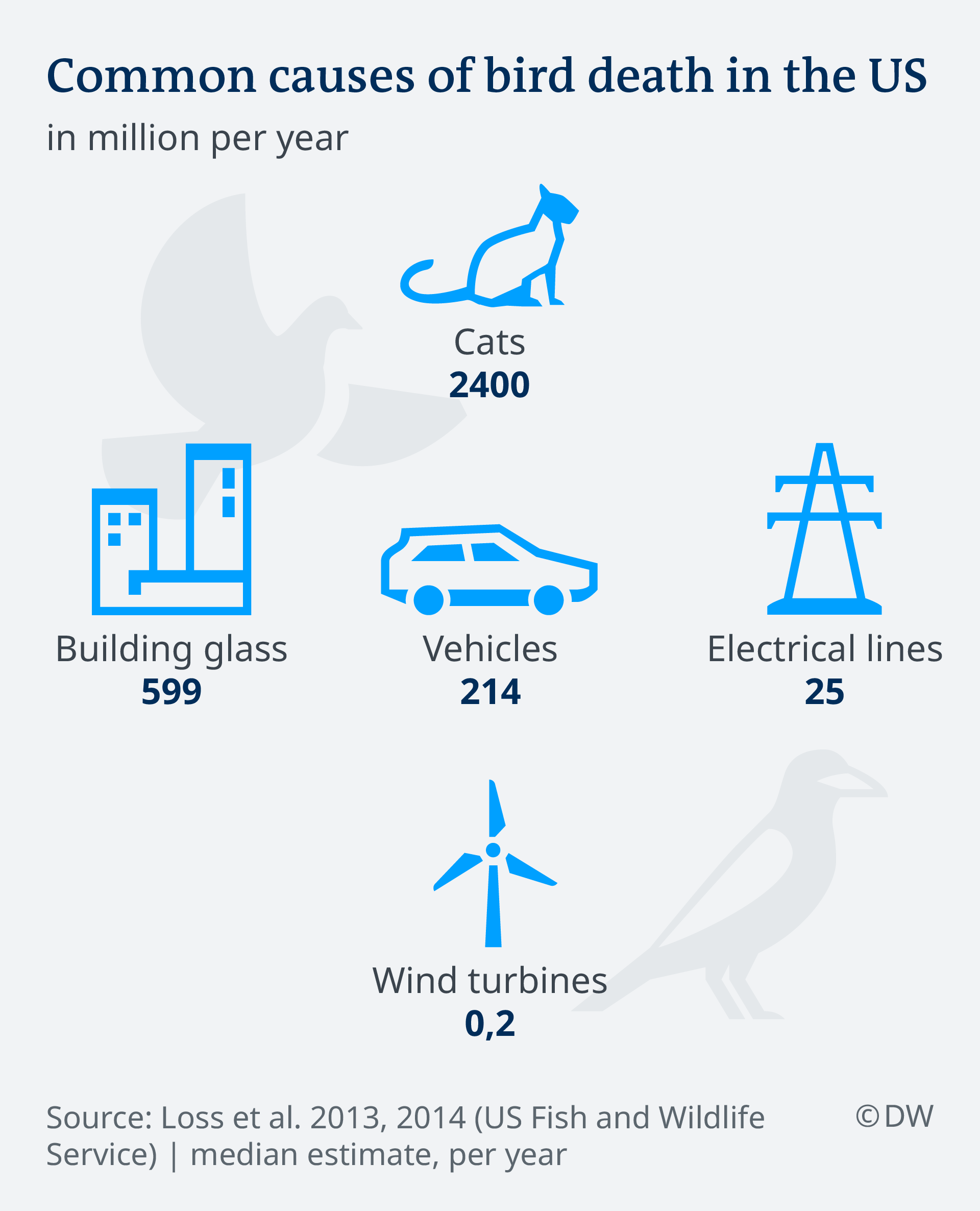 Turbines use more energy to build than they produce, they don’t reduce CO2 emissions (not that we should want to), they make no economic or enviromental sense whatsoever. As far as stupid and harmful policies go they are only beaten by Germany’s immigration policy.

meanwhile russia forges ahead with full cycle safe nuclear, where the rods can be re-used as fuel ad infinitum LOL.

Nuclear is already safe. The term is ‘closed-cycle’ and it is not a matter of re-using the rods, but of the use of fast (or breeder) reactors, so the full potential of the uranium mined, can be used (approximately 10X the current utilization).

cool – thanks for the heads up!

The Lockdown Paradigm Is Collapsing
21 Apr 21 by JohnF
The CoronaVirus (PLANDEMIC) Lockdowns, Masks & Social Distancing were Used ...
Who or What Is Empire?