Chancellor Olaf Scholz’s government will allow delivery of 50 Gepard anti-aircraft tanks to Ukraine [Not just “allow,” but pay for them.] in Germany’s first step to supply heavy weapons to counter Russia’s invasion.

Germany is authorizing the transfer of the tanks, which will come from manufacturer Krauss-Maffei Wegmann, according to a government official, who asked not to be identified because the talks are private.

“We have to realize that the possibilities of the Bundeswehr are limited,” Lambrecht said Tuesday. “Therefore, we support Ukraine when the industry delivers directly. Ukraine orders and Germany pays.”

She said Germany has signed off on similar shipments of drones and anti-tank mines. [Not exactly “mines”. More like automatic projectiles.]

The Gepard tanks are no longer in use by Germany’s military but stored at a company depot. It’s unclear when the tanks will be ready for use.

Germany is sending 50 #Gepard 1A2 Panzer mobile anti-aircraft tanks to #Ukraine w/35 mm autocannons which will be effective against low flying aircraft, drones & helicopters & ground troops. #UkraineRussiaWar It's an oldy but still quite effective. pic.twitter.com/qSOq5BkBSQ 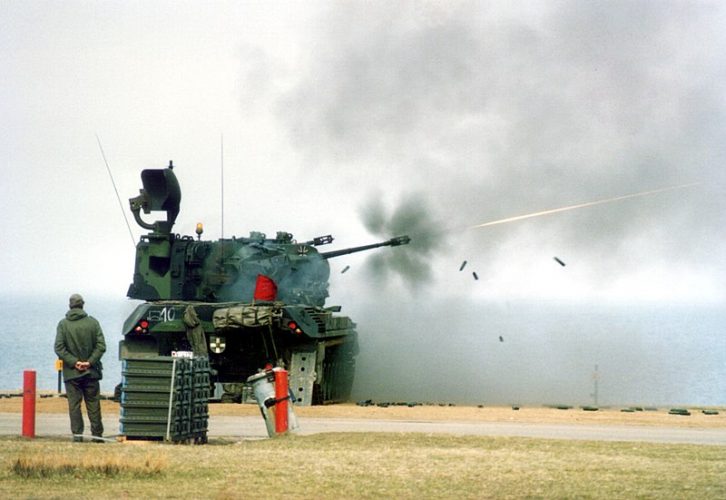