In principle, the EU states agree: They want to impose sanctions on the Lukashenko regime. However, it is not yet clear what exactly they should look like. Foreign Minister Maas no longer wants to rule out anything.

How quickly can the European Union implement the sanctions against Belarus that the heads of state and government agreed on earlier this week?

The pressure is now on Foreign Affairs Representative Josep Borrell and the EU Foreign Ministers.

No decisions were made during their deliberations in Lisbon; that was not possible at the informal meeting.

At least it can now be seen in outline where the Union wants to use the lever to hit the regime of Alexandr Lukashenko.

Foreign Minister Heiko Maas even threatened a “large and long spiral of sanctions”.

The European Union receives support from NATO. As early as Wednesday, the North Atlantic Council issued a joint declaration calling for the “unconditional release” of the regime critic Roman Protassewitsch and his partner and supporting the allies’ measures. NATO Secretary General Stoltenberg, who took part in the EU Defense Ministers’ meeting in Lisbon, was even more clear. Stoltenberg called the measures commissioned by the European Council “absolutely justified”. The forced landing of the airliner in Minsk is not only a “blatant violation of international rules and norms, but also an attack on democratic values, on freedom of expression and freedom of the press”. The case is so obvious that it is not necessary to wait for the result of an international investigation.

Stoltenberg did not want to speculate about the role that Russia might have played in the incident.

However, he pointed out that Moscow had defended the actions of the Belarusian authorities.

“That tells us something about Russia’s lack of commitment to basic international norms and rules as well as democratic rights.” Given the Russian action against its own opposition and the poisoning of Alexei Navalnyj, this is not surprising.

EU sanctions would not only send a clear message to Belarus, said Stoltenberg, “but also to any other country that is considering doing something like this”.

Foreign Minister Maas spoke out briskly on how to proceed after the foreign ministers’ deliberations. The behavior of the regime in Minsk has “terrorist traits” and is so unacceptable that “we can no longer rule anything out”.

That was his answer to the question of whether one could also consider measures against the Yamal gas pipeline, which transports natural gas to Germany via Belarus. But that is “more of an issue in the medium and long term,” says Maas – which should mean: when Nord Stream 2 is finished. The Lithuanian Foreign Minister Gabrielius Landsbergis advocated sanctions against the oil sector; Belarus operates several refineries.

Maas, on the other hand, focused on state-owned companies in the “potash and phosphate sector”. Lukashenko owns Belaruskali [No he doesn’t, LOL. It’s state-owned.], the world’s largest manufacturer of fertilizers, which operates four mines and employs 20,000 people.

The Foreign Minister also brought up financial sanctions. He spoke of a possible restriction on “payment transactions”; it is processed between banks via the Belgium-based service provider Swift. “In particular” Maas also wants to examine whether the issuance and trading of Belarusian government bonds listed in euros will be banned.

However, all of this requires a detailed investigation, especially with regard to the economic effects on EU countries. External Representative Borrell said proposals should first be discussed in the council’s technical working groups; the foreign ministers could then take decisions at their next council on June 21st. The fourth package with sanctions against individuals and organizations is to be decided on earlier. We are also working at full speed on the formal implementation of the landing and overflight ban for the Belavia line.

Belarus could invade the Ukraine who is not a member of NATO nor is it a state of the EU; doubt that NATO will interfere because they are not ready to confront Russia and if they did Russia will most likely destroy Europe. US won’t interfere neither being a coward state who hides behind her allies and lets them do the dirty work.

That’s a really smart option and should be rumoured – take back Ukraine, force the Kyiv rats to run to Israel or EU and Russia has its Border Land back to the Dneipr R. at lest . Money, loss of soldiers and Mo Money could be the draw back.

I hope that little puke is sitting in a cold small dark cell right now. This POS needs to be hung. On line publicly for everyone to see. Him and that little squeeze box partner of his. HANG THEM BOTH.

I would never be in his shoes because I would NOT be engaged in the things this puke is/was. Trying to overthrow your goverment deserves hanging in public on TV. This maggot deserves to suffer long in his cell before they drag him to the gallows pole. What a little POS. I would like a session with him. He may not live through my session. I would beat him into hamburgur.

Must be his mentor ? 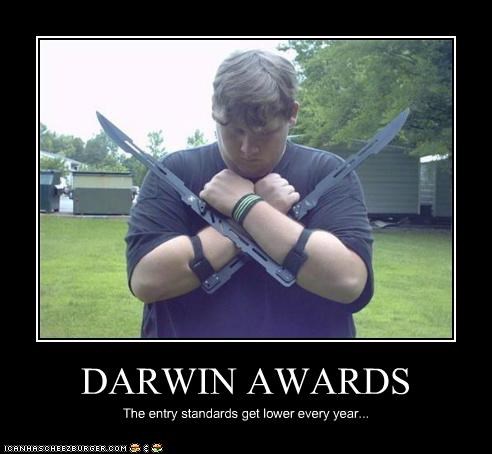 EU is a one big shit hole

Heiko Maas is Washington’s secret weapon in Germany and Europe; an Atlantacist who favours the big-stick approach and believes – whatever he says – that American leadership is good for the world. Personally I can conceive of no single action which would more quickly bind Belarus to Russia than the exclusion of Belarus from SWIFT, so bring it on, Heiko. Russia would incorporate Belarus into its own alternative payment system, and because the Americans cannot watch every transaction the way they can – and do – on SWIFT, they would not be able to tell which payments originated from Belarus and which from Russia. They love to threaten countries with being cut off from SWIFT because it seemed to do such terrible damage when they did it to Iran (although it really wasn’t that traumatic), but Russia is the last country they would ever actually do it to because they would lose the ability to monitor Russia’s financial transactions and the overall state of its economy.

Back to ze drawing board, Heiko; that isn’t going to work.

EU seems to have forgotten it’s past. It’s love for Nazi is disgusting!

It has not forgotten. The E.U. is And continuation of Nazi Germany!

This is just more punishment for his Independent Stance On the fake pandemic.
Even Russia towed the line for the most part. They need to bring Belarus into the world government which it is not

“the germans would rather die than rebel”. M Bakunin
Germany now nearly US colony

Stoltenberg, nazi jerk puppet of Us,
Maas, same stuff, Lithuania a fly crap dot on the map, Lgbtqx UE …
What a lot of shit to flush out!

Belarus or Donbass should add another charge to this guys rap sheet – Terrorism.

Russia and Iran just to start can ban JEU and JNATO commercial flights over their countries if they cut Russia out of SWIFT, thus permanently crippling all these countries commercial aviation industries and hammering Boeing and Air Bus at the same time.

This Azov fascist batallion war crimminal,Protasevich broked down,admitting his crimes and guilt,crying and begging Lukashenko not to extradite him to Luhansk Peoples Republic! He told an interesting things, how the West agencies are involved in coup against Belarus.The next target was Russian Federation…Belarus abd Russia gained valuable informations from this war crimminal turning BIG RAT! God bless Belarus and Russia in their struggle with the corrupted zionazi West! Working pdople has no-thing to gain from regime change,becaming slaves to the devils in the West!