Germany Offered the US to Spend $1.2bn on LPG Terminals for Dropping Nord Stream 2 Sanctions 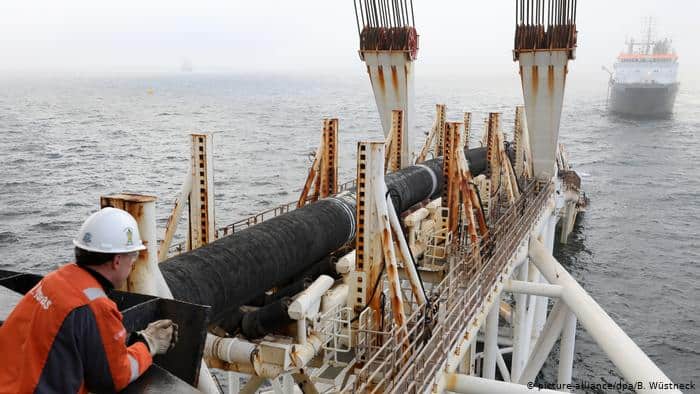 Germany offered to spend up to €1bn to subsidise the construction of two liquid natural gas terminals capable of receiving US gas exports in exchange for Washington dropping its opposition to the Nord Stream 2 gas pipeline.

The proposal — formulated last month by German finance minister Olaf Scholz in a letter to US Treasury secretary Steven Mnuchin — shows the great lengths to which Berlin was willing to go in order to support the project before the poisoning of Alexei Navalny.

Berlin sees Nord Stream 2, which is designed to bring natural gas directly from Russia to Germany through the Baltic Sea, as a cornerstone of its energy policy as it exits nuclear and coal power. But since Mr Navalny’s poisoning, Angela Merkel’s government has come under pressure to pull the plug on it. The German chancellor has said Mr Navalny, who is being treated in a Berlin hospital, was exposed to a banned chemical nerve agent from the novichok group, and has demanded that Russia explain itself.

In the August 7 letter seen by the Financial Times, Mr Scholz said Germany would increase its financial support for LNG infrastructure and import capacities “by up to €1bn” in exchange for the US “allow[ing] for the unhindered construction and operation of Nord Stream 2”.

It is unclear whether the offer is still valid. The German Ministry of Finance, the US Treasury and the US Department of State declined to comment on the content of the letter, which was first revealed by newspaper Die Zeit.

The US has long opposed Nord Stream 2 and in December imposed sanctions against companies involved in its construction. That move prompted Swiss pipe-layer Allseas to suspend its work with just 6 per cent left to install. A group of US senators from across the political divide are pushing to extend those sanctions.

Criticism of the project has grown in Europe too, with opponents saying it will increase Europe’s dependence on Russian energy exports at a time of rising tensions with Moscow. In her State of the Union address on Wednesday, European Commission president Ursula von der Leyen [a known uber-Atlanticist] said: “To those that advocate closer ties with Russia, I say that the poisoning of Alexei Navalny with an advanced chemical agent is not a one-off. This pattern is not changing — and no pipeline will change that.”

Many in Berlin believe that Washington’s main motivation in opposing Nord Stream 2 is to sell Germany more American LNG. Ever since transatlantic tensions over the pipeline began to rise, Berlin has sought to assuage US concerns with plans to build LNG terminals — in Wilhelmshaven and Brunsbüttel, both on the north-west coast.

But the US has denied that its misgivings about the pipeline — owned by Russian gas giant Gazprom — are driven by commercial considerations. “The US opposition to Nord Stream 2 long predates any discussion of LNG,” said Joseph Giordono-Scholz, a spokesman for the US embassy in Berlin.

There are also doubts in Washington that Mr Scholz’s offer would have had the desired effect. A senior congressional aide said it was unlikely that such a proposal would assuage concerns of those US senators worried over Russian influence in Europe.