Forget Super-Carriers. At Most Russia Could Do With a Light Carrier for the Mediterranean

Summary: Seeing how anti-ship missiles now outrange carrier-based aircraft, the role of any carrier has been relegated to action against second-rate opponents. In that context Russia can do with a single light carrier to prop up friends in the Middle East and North Africa. 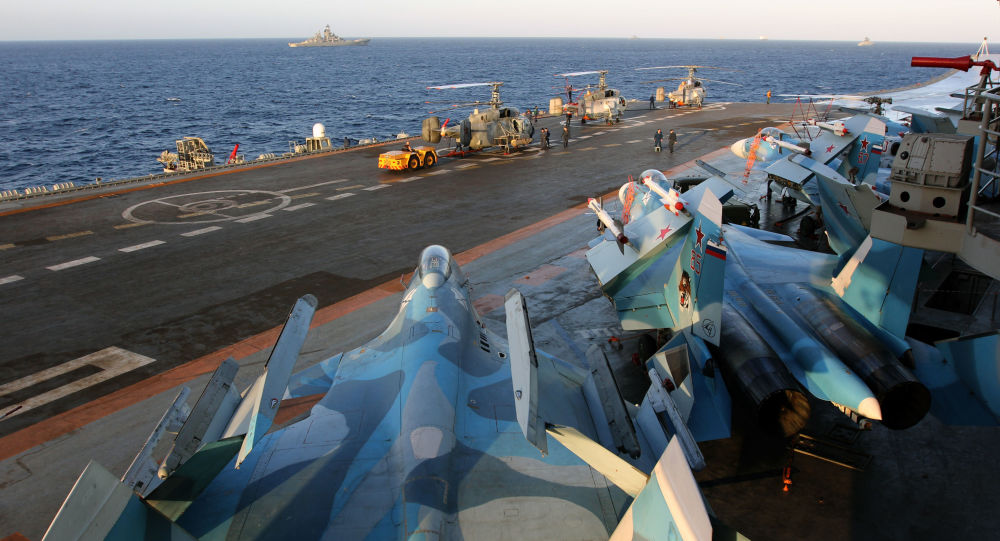 The Russian Navy should operate at least four aircraft carriers, Scientific Head of the Krylov State Research Center Valery Polovinkin told TASS on Thursday. The Russian Northern and Pacific Fleets “should have aircraft-carrying ships by definition,” the expert noted.

The reason of my frustration is not this never-ending aircraft carrier saga of Russian Navy. Economy, sanctions et al considered. It is obvious that it is better to have carriers than not having them. But as I wrote for years—Russian Navy has issues not with technology, after all, if it puts its mind to it, Russia will build 3-4 of those ships eventually. No, in the end—the problem is mental, it is the issue of operational concept for these ships and forces required to form Carrier Battle Group(s).

Such statements from the above are not the first time representatives of Krylov State Research Center throw into the Russian media. Enough to take a look at the promotion of this:

The Krylov State Research Centre has developed and presented to the public at large the conceptual design of an aircraft carrier for foreign customers, which was earlier offered for the domestic fleet as well. The Project 23000 was called Shtorm (Storm). The conceptual design envisages the aircraft carrier to displace 80,000-90,000 tonnes and feature a combined powerplant (a nuclear reactor and a gas turbine engine). The ship’s air group should comprise up to 60 aircraft.

But if you get my drift, here IS the real problem with this representative Polovinkin’s statement:

Speaking about the US Navy, which currently operates 11 aircraft carriers, the expert noted that the United States had an excessive number of carrier-led groups but the availability of only one aircraft carrier was a “deadlocked situation.”

The issue is not a deadlocked situation with Russia’s sole and (sometimes) barely operational carrier Kuznetsov—in this I agree with Polovinkin. My issue is in constant invoking of US Navy’s experience with carriers. This is wrong, since the only REAL interest this experience should invoke is purely organizational and operational, not the force structure whenever the talk is about one existing and, possibly, future Russian Navy’s carriers.

And here is a single example of WHY realistically Russia needs carriers as a NICHE system– specifically in Mediterranean, apart from Northern and Pacific Fleets. For starters, Polovinkin should learn the latest news that the ranges of modern anti-shipping missiles are either equal or greater than ranges modern carrier-based strike aircraft provide.

The dynamics of missile development today testifies to the fact that in the nearest future (10-15 years) those missile ranges will only grow. Hell, they are growing already. This moves carriers into the niche of what US Navy was doing since 1950s—projecting carrier power against third-rate powers with barely any, using modern parlance, A2/AD, forget full blown Sea Denial capabilities. 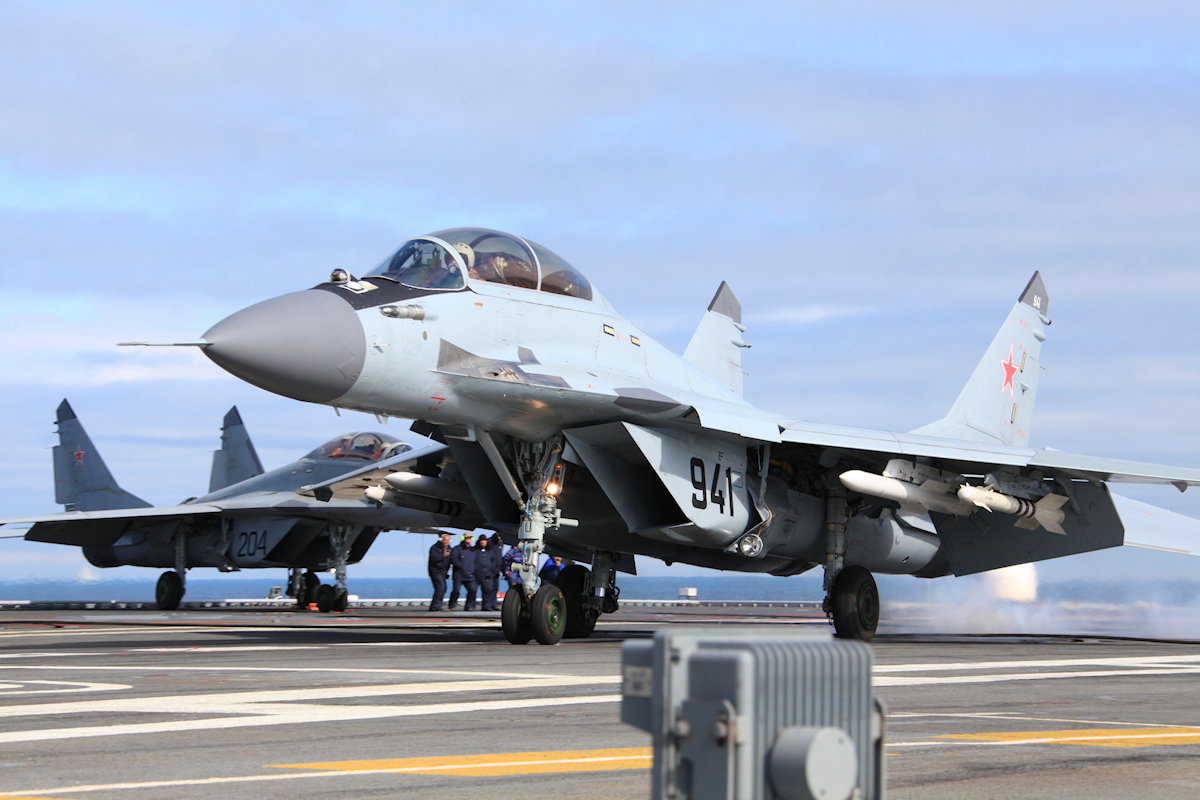 But here is the news: since 2011 due to Obama’s criminal actions (and inaction)—the whole of Maghreb and Middle East got destabilized through the so called Arab Spring, and, as events in Syria show, it requires a serious military (combined with other means) effort to stabilize the situation and preserve political forces capable to run a country and fight off armies of Jihadists (supported by the US, Europe and Gulf satrapies) which now operate in every single country on the Southern coast of Mediterranean, from Algeria, to Tunisia, to Syria.

So, the question is—granted that Europe is realistically militarily impotent and culturally (and gender-wise) confused, at best, in reality suicidal—why not to have a “fire crew” in Med in case one needs to prop up any political regime against terrorist Jihad forces? This is precisely the case for having those pesky MiG-29Ks and Ka-52s on station for immediate reaction to any Jihadis’ advances.

Hmm, what does this remind me? Ah, yes—Fifth Operational Squadron of the Soviet Navy of 1970-1980s. Are those disturbing events coming in Maghreb? Hell, they are already happening. So, it is “power projection” after all. In the end, Kuznetsov’s deployment to Syria was ordered by Putin personally.

I omit here any discussion on the possible Northern and Pacific Fleets’ carriers—this is not the point—Russia’s A2/AD and Sea Denial clout at those theaters of operations grew exponentially since 2017 and, ironically, put the issue of carriers on the back-burner. But Mediterranean and what is coming there—a reality obvious to anyone with even rudimentary forecasting apparatus—does, indeed, bring the issue of future Russian aircraft carriers to the fore.

As Libya and Syria, and, in the end, Yugoslavia in 1999, with NATO gang-raping Serbia for the benefit of Kosovo Jihadists and organized crime, showed it will be wise for Russia to have full blown Mediterranean Operational Squadron back to the full strength and that automatically means at least two aircraft carriers.

And while Mr. Polovinkin is very busy trying to promote Krylov Center’s “perspective” carrier, he should recall a simple military truism that the best ship is the one you have now, as opposed to sometime in the future.

That brings up the most important issue in all of this: what will be that sensible compromise which will allow both to develop and built those ships when needed (soon), with effective technology, on a sensible budget within a sensible operational concept. What they will be: CATOBAR, STOVL or whatever else is not for me to suggest. At least MiG-29K is a very decent aircraft and it does exist and it is a good place to start from. 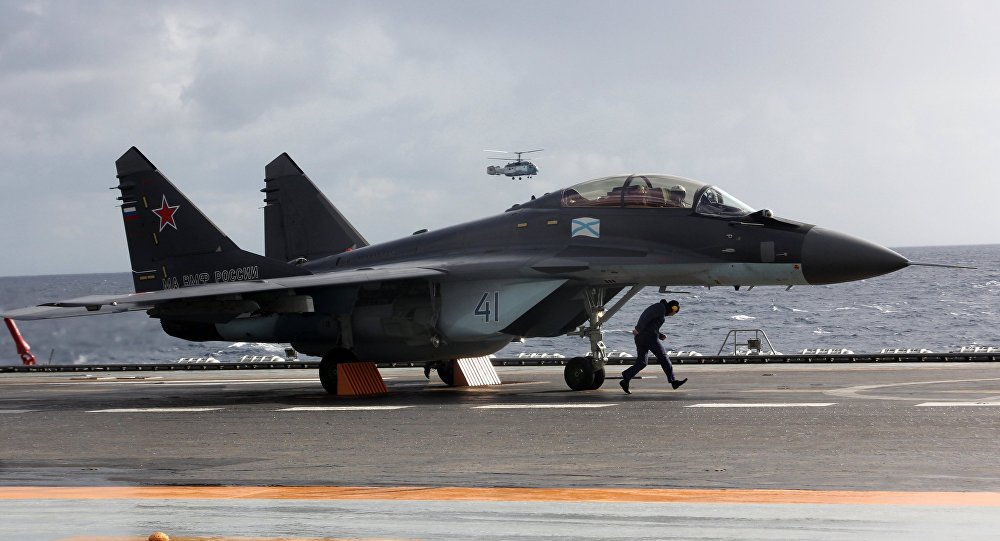 As for the rest, Polovinkin may consider a simple fact that a squadron of MiG-31Ks with Kinzhals at Khmeimim Air Base covers practically whole Mediterranean up to Mallorca against any combination of threats (targets). Just saying. In the end, Russia is NOT an Imperial power nor should she be a global policeman, but it becomes increasingly clear that Russia’s main geopolitical export today is political stability and this product is in demand and the rate is going up daily.