For the First Time India Joins Russia, China in Disputing OPCW’s Latest Report on Syria in a UNSC Meeting

“The current report falls short of these expectations,” asserted the senior Indian diplomat India has for the first time directly questioned the investigative report of the global chemical weapons watchdog that accused the Syrian military of a 2018 chemical attack at an informal meeting of UN Security Council member states.

However, the most contentious and sharp exchanges were held technically outside the UNSC’s formal setting and in the platform of an Arria-formula meeting last Friday.

Despite the long title, the meeting was essentially to discuss the “politicised nature” of the Organisation for the Prohibition of Chemical Weapons (OPCW), in the backdrop of the latest report of the UN-backed international body’s Investigation and Identification Team (ITT) on the use of chemical weapons in Syria.

On April 12, OPCW released the second report of the ITT, which claimed that a Syrian Air Force helicopter had dropped at least one cylinder of chlorine gas on the town of Saraqib on the night of February 4, 2018.

Russia’s permanent representative to the UN, Vassily Nebenzia, opened the meeting, held through video conference, by flashing a photograph of Colin Powell’s speech at the Security Council in 2003 in which then US secretary of state had claimed “irrefutable and undeniable” evidence of Iraq’s weapons of mass destruction.

Any Council member can convene an Arria-formula meeting, but it is not part of the formal records. It is also held outside the chambers of the UNSC in normal circumstances, with non-Council states and external experts also allowed to take part in the meeting.

As expected, there were sharp words from the US and EU countries, who described the meeting as part of Russia’s “disinformation” campaign and supported the findings of the ITT report.

It was at the April 16 meeting that India unambiguously raised questions about the OPCW’s latest report.

In a short statement, India’s deputy permanent representative K. Nagaraj Naidu said that India had taken note of the first and second report of OPCW’s ITT. The first report of ITT released last year in April had concluded that the Syrian Air Force used chemical weapons in three separate attacks in the town of Ltamenah in March 2017.

Stating that India has always underlined the need for an “impartial, credible and objective investigation” into the use of chemical weapons, Naidu noted that such a probe should “scrupulously” follow the provisions and procedures embedded in the Chemical Weapons Convention (CWC). The investigation should conform, he reiterated, “with the delicate balance of power and responsibility enshrined under it (CWC) and finally to establish the facts and to reach evidence-based conclusion”.

“The current report falls short of these expectations,” asserted the senior Indian diplomat.

Naidu did not give further details on India’s specific objections to the second report. However, he added that the concept note prepared by Russia for the meeting had mentioned Iraq, especially in the context of weapons of mass destruction. “We need to draw lessons from such instance to address such credible way to addressing this issue.”

While stating that nations must strictly adhere to their international commitments, he also asserted that multilateral bodies must be “mindful that perception of bias or subjectivity in the discharge of their duties impacts adversely on the credibility of the international disarmament and non-proliferation architecture”. This “dents international cooperation among member states, especially the developing countries,” he added.

India’s criticism of the OPCW report was a new development, as it had not made any public comment on the substance of the first report last year.

However, India’s position on the role of OPCW, whether on Syria or Salisbury poisoning, has largely leaned towards the Russian camp in the last few years.

India had voted against creating the Investigation and Identification Team during the OPCW special session in June 2018. “India opposed the formation of the Investigation and Identification Team, on legal grounds, because it believed that creation of such a mechanism is not provided for in the Convention. If such a mechanism was to be created, it would require amendment of the Convention itself. This was a stand similar to that adopted by Russia, Syria, China and others,” India’s former ambassador and permanent representative to OPCW, Venu Rajamony told The Wire.

The two old allies, Russia and India, have drifted apart on several strategic matters, especially over United States’ Indo-Pacific policy. Russia has repeatedly expressed concern that the ‘Quad’, of which India is a member, was merely another way to create an anti-China platform.

But at the Hague-based body, which has become yet another multilateral forum polarised between the US and Russia, India’s path largely ran adjacent to that of the latter.

Against the backdrop of the Syrian civil war, the western countries argued that the principal organ of OPCW, Conference of State of Parties, had the mandate to form the ITT that would be responsible for “identifying individuals or entities” involved in the use of chemical weapons.

Rajamony, who was India’s envoy to the Netherlands while accredited to OPCW, noted that the Technical Secretariat was authorised by the CWC to identify whether weapons have been used or not, not to attribute responsibility for who has used it.

“India also believed that all issues pertaining to Syria should be addressed through dialogue, something western countries did not agree with. They say Syria as a country which has used chemical weapons in violation of the Convention and who should be brought to justice,” he said.

India has also maintained close ties with Syria’s Bashar al-Assad regime, considering him crucial in the fight against ISIS and providing development assistance to reconstruct the country.

According to Rajamony, India’s position on OPCW’s responsibility in probing the use of chemical weapons in Syria was “based on legal and political considerations”.

After the first report of the ITT, OPCW’s Executive Council voted to condemn Syria’s alleged use of chemical weapons in July 2020. As per the decision adopted, Syria was asked to declare where the chemical weapons used in the 2017 attack were “developed, produced, stockpiled, and operationally stored for delivery” within 90 days.

It was adopted by 29 votes in favour and three against. India was among the nine abstentions.

In its explanation of vote on July 9, 2020, India had underlined the same principles for a credible investigation as stated at the Arria-formula meeting in New York last week. However, India had publicly eschewed any judgment on the first report. “We have seen the First Report of the IIT on incidents in Ltamenah, Syria,” India commented.

The explicit stance taken by India on April 16 on the second report of the ITT is also significant as it comes ahead of the OPCW’s Conference of State Parties this week. The Conference is likely to consider and vote on a draft decision circulated by France to suspend Syria’s voting rights and privileges in OPCW.

The Syria chemical weapons issue is an active file on the Security Council’s formal agenda, with regular briefings held on a monthly basis.

While India has general reservations on the Arria-formula meetings, Russia and China have been trying to catch up with the western countries in employing this platform to project their national priorities.

Russia has convened 13 Arria meetings, while France, UK and the US have organised 155 in total. Out of the 13 Russia-convened Arria meetings, nine have been held in the last 16 months alone, and three were on Syria chemical weapons.

Showing Crack Coke or Crystals Meth ??
What do you all think ? 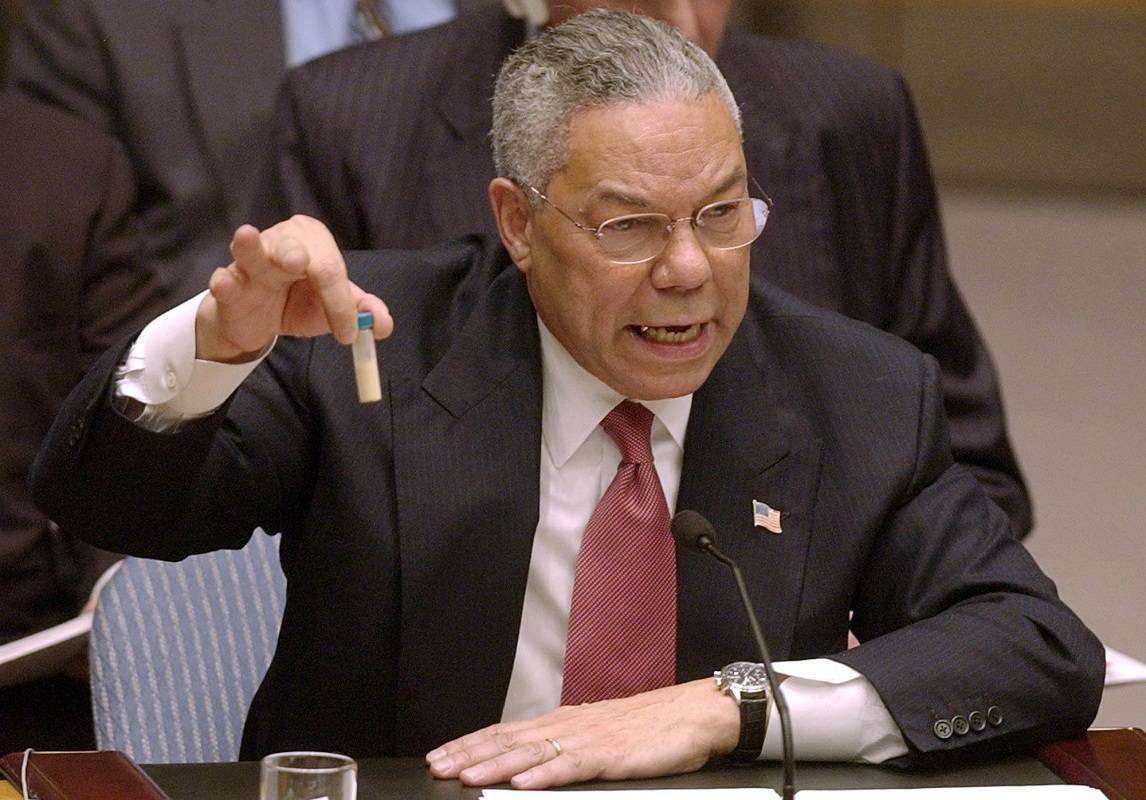 that’s how you bottle lies…

A sperm sample for DNA. Searching for truth cells