For a Supposed “Genocide” These Are Pretty Mild Sanctions 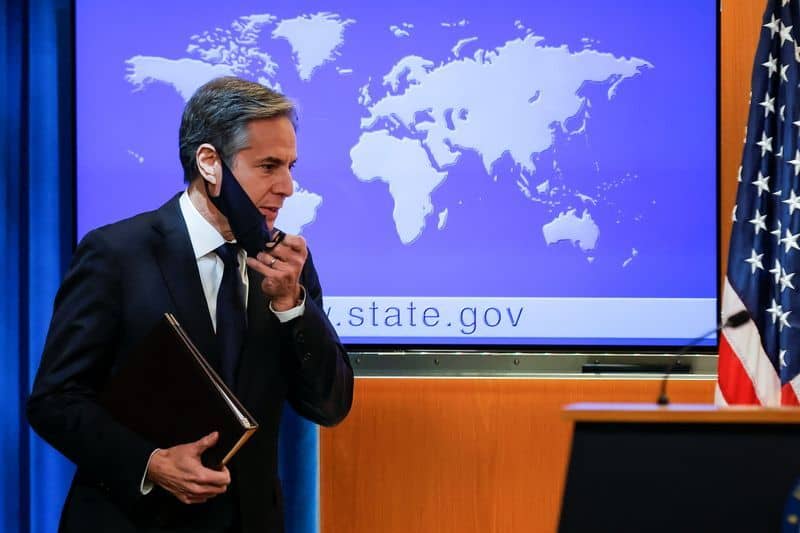 The US claims (that it believes) that China is committing “genocide” against its own people:

“Amid growing international condemnation, the PRC continues to commit genocide and crimes against humanity in Xinjiang,” Secretary of State Antony Blinken said in a statement, using the abbreviation for China’s official name, the People’s Republic of China.

The US also claims that when somebody is committing genocide, it is the job of the US to sanction it.

So the US is going to:

A) Sanction the hell out of China, to the point of breaking off its entire economic relations and forcing the rest out of the world to follow. After all, it’s G-E-N-O-C-I-D-E we are talking here, for Christ’s sake!

If you went with B you are were right:

The US Treasury Department on Monday unveiled new sanctions against two Chinese officials in response to what it described as serious human-rights abuse against Uyghur Muslims in the Xinjiang region.

The sanctions, which target Wang Junzheng, the secretary of the Party Committee of the Xinjiang Production and Construction Corps, and Chen Mingguo, the director of the Xinjiang Public Security Bureau, were rolled out in coordination with Canada and European allies.

It’s almost as if the US

A) doesn’t actually believe there is a GENOCIDE taking place.

B) isn’t all that bothered by a little genocide here and there. Not compared to stocking the Wallmart.

As always the accusations and the sanctions are thrown around in order to claim the moral high ground over China. China becomes the genocidaire power, and the Imperial Elites become the collective standing in moral judgment of it and punishing and chastising it.

But when you think about it, the sanctions do not establish any such thing. On the contrary. Even on their own terms, even if you buy both the accusation leveled at China and the premise the US has the responsibility to react all they do is establish the depth of moral cowardice and the performative nature of it all.

If both of these things were true, then surely the US should have been doing far more than “sanctioning” a pair of Chinese Communist bureaucrats. If Blinken/Pompeo think China is committing G-E-N-O-C-I-D-E and they aren’t already sinking its oil supplies in the Strait of Malaya then what does that say about them?? Absurdly, in a certain sense, the most bloodthirsty neocon is more morally upright than these performative hypocrites.