Flying the Flag for Woke Imperialism

"The woke elites claim they want to ‘decolonise’ everything, but they are quite happy to pursue their own form of cultural colonialism around the world" 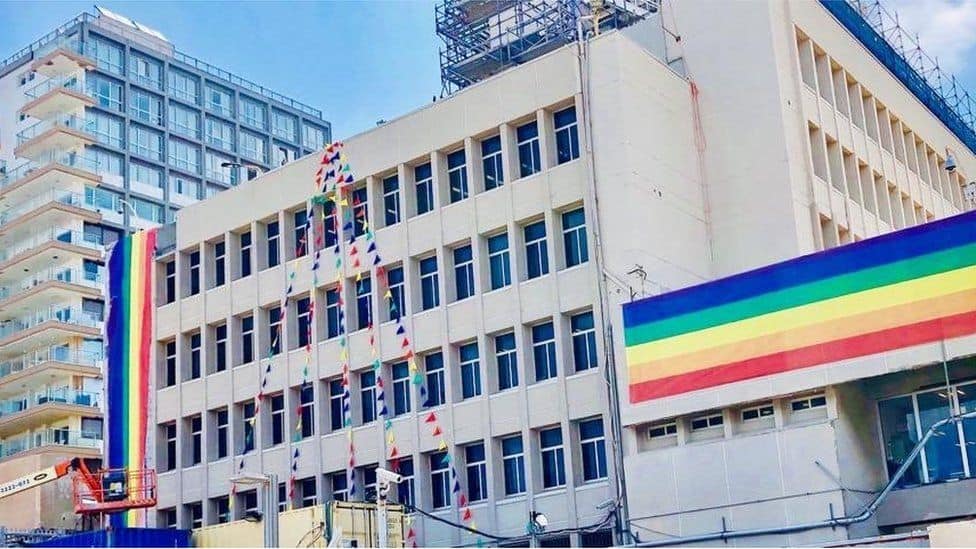 Secretary of state Antony Blinken has authorised US embassies to fly the Black Lives Matter and rainbow Pride flags. The immediate spur for this decision is clear. Late May marked the one-year anniversary of George Floyd’s death and June is Pride month. But to fly flags other than the Stars and Stripes from the buildings that represent the US abroad is still extraordinary. It shows that the Biden administration is committed to exporting its woke values around the globe.

Embassies have flown BLM flags in many countries, including Bosnia, Cambodia and the UK, while Pride flags have been flown by embassies in Russia, Luxembourg and Namibia. In a move seemingly designed to troll the Vatican, which remains opposed to same-sex marriage, the US embassy to the Holy See tweeted that it was celebrating Pride month by displaying the rainbow flag. There are no reports of rainbow flags in Saudi Arabia, however.

Blinken and his State Department claim that flying these flags merely signals the US’s support for the rights of ‘people of colour’ and ‘LGBTQI+ persons’. But this does not explain why Pride and BLM, which are political movements, enjoy such a privileged status.

Although the Biden team may imagine these movements to be unquestionably good, they are far from universally endorsed within the US. Only half of Americans support BLM, according to a recent poll by Civiqs. Same-sex marriage does have majority support, according to a recent poll. But it is still a divisive issue. Meanwhile, trans rights are hotly contested at the moment. There is a good reason why embassies, until now, have avoided taking sides in domestic political controversies. Imagine the outcry if US missions abroad displayed the flags of other disputed political organisations within the US, like the National Right to Life Committee or the National Rifle Association.

What’s more, as the woke elites fly the BLM and Pride flags, they have started to look down on the American flag. The BLM flag is almost viewed as an antidote to the Stars and Stripes. BLM protesters say it represents ‘slavery, genocide and war’. Burning the American flag was commonplace during last year’s BLM riots.

Meanwhile, the rainbow image is ubiquitous in American society. Displaying the Pride flag is a way to let everyone know you are a morally good person. Pride marches have become a bigger deal than Memorial Day marches. All wings of elite culture celebrate Pride (including on kids’ TV shows aimed at four-year-olds).

Today’s chattering classes consider the American flag to be a symbol of Neanderthal backwardness. Earlier this week, Mara Gay, a member of the New York Times editorial board, spoke of her horror at seeing American flags:

‘I was on Long Island this weekend visiting a really dear friend and I was really disturbed. I saw dozens and dozens of pick-up trucks with expletives against Joe Biden, Trump flags, and in some cases, just dozens of American flags, which is also just disturbing, because essentially the message was clear, it was, “This is my country, this is not your country, I own this”.’

Note that this dialogue is going on exclusively inside Gay’s head – not a single person actually said to her, ‘This is my country, this is not your country’. The mere sight of an American flag, flown by the ‘wrong’ kind of people, is enough to trigger an instant judgement of character. 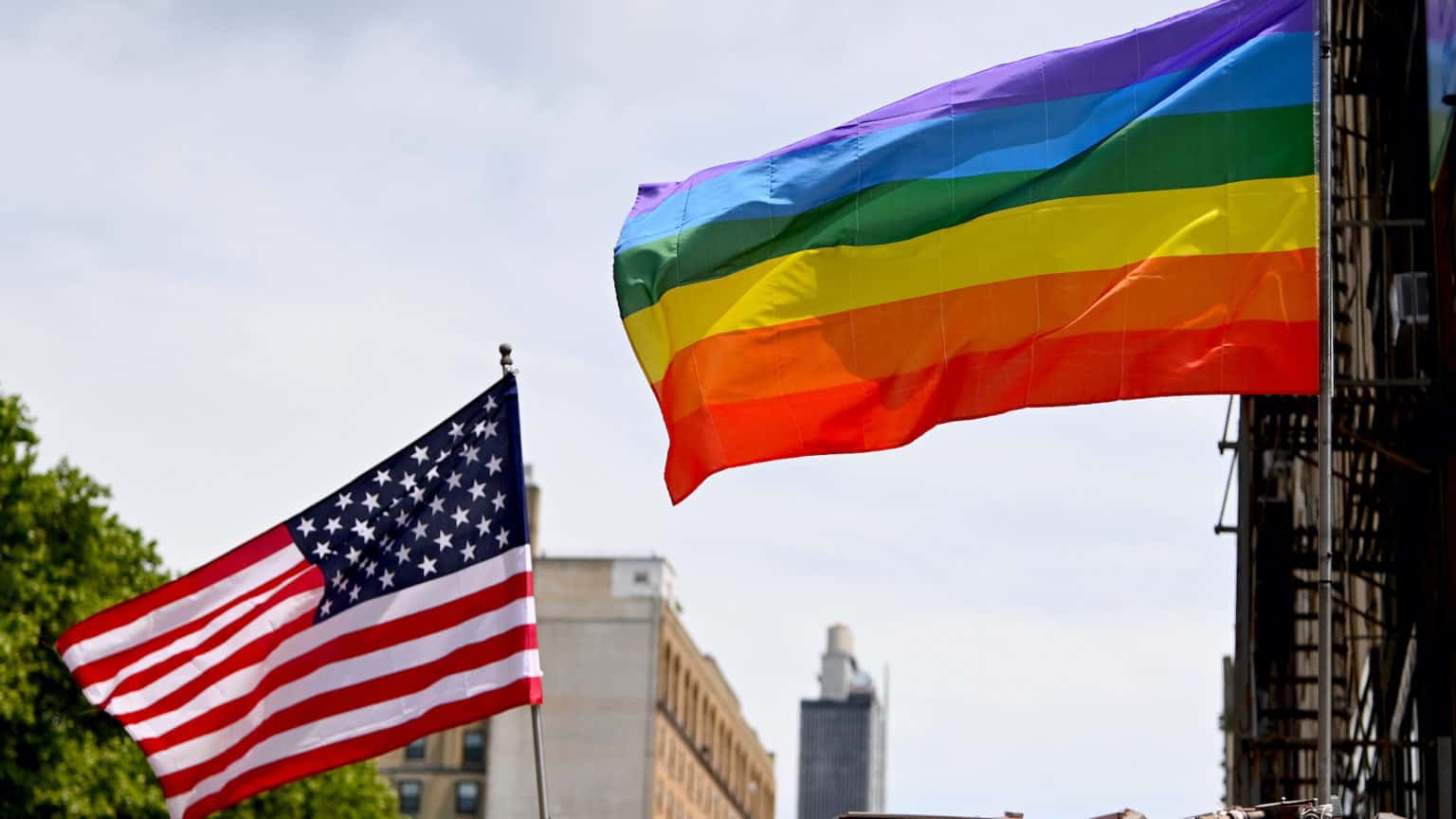 By flying the BLM and Pride flags abroad, the Biden administration is trying to spread this woke ideology around the world. This deployment of ‘soft power’ should be seen for what it is – a type of cultural imperialism. It could have destabilising consequences within countries and possibly stir up conflicts between countries.

Indeed, BLM might be considered America’s most successful cultural export ever. People across the globe took up the cause and took a knee. As Brendan O’Neill has noted on spiked, support from global elites was crucial in conferring legitimacy on the protests and giving BLM tremendous momentum around the world.

But these global elites were short-sighted. In exchange for bathing in the glow of anti-racist virtue-signalling, they opened the door to a movement that is just as corrosive in Sydney and London as it is in Washington. In its global form, BLM does not limit itself to protesting against what goes on in the US. Everywhere it operates, BLM has a more fundamental objective. That is, to undermine the legitimacy of political structures and constitutions by painting each nation’s respective founders and great leaders as racist. Hence, BLM movements in Canada and Australia denounce their nation’s founders for the genocide of Indigenous people. In the UK, BLM highlights slave traders and colonisers, while dismissing heroes like Winston Churchill for their bigotry.

While some international elites have welcomed American-style wokeness into their countries, others are trying to resist it. French president Emmanuel Macron, a technocratic globalist himself, has come out against ‘le wokisme’ .

Countries with more traditional attitudes to religion, family and sexual orientation, particularly in Africa and eastern Europe, also feel threatened by the promotion of woke American causes. An academic study of the promotion of rainbow flags and other gay-rights symbols finds it is often not well-received, because such symbols are associated with outsiders: ‘LGBTQ symbols originating in the West, such as Pride and rainbow flags, have backfired in many places, such as Uganda and Russia, where nationalists and conservatives argue they are symbols of foreign degeneracy, antithetical to local mores.’

At times, it feels like the US and Russia are about to break out into a full-blown culture war. The list of US complaints about Putin and Russia is long – including interference in US elections, the cyber-hacking of US pipelines and crackdowns on anti-Kremlin demonstrations. But it is criticisms of Russia’s culture, as patriarchal and sexist, that provide Washington with a much greater sense of moral superiority. In this arena, Putin gives as good as he gets, presenting himself as the protector of tradition, denouncing the US and other Western nations as ‘genderless and infertile’.

The US is playing with fire. Culture wars between countries can easily escalate into actual conflict. The Ukrainian organisation KyivPride recently tweeted: “KyivPride invades eastern Ukraine. The KyivPride going east project aimed at mobilising the LGBT+ community in Donbas started in May. In other words, let’s make Donbas queer!” KyivPride goes on to note that this project is ‘made possible by’ funding from the United States Agency for International Development. It is also backed by the US embassy. Donbas is a war-torn region of south-eastern Ukraine, where it is reported up to 100,000 Russian troops are currently massed on the Russian side of the border. In this context, US support and funding looks like outside interference, and risks making a tense diplomatic situation worse.

There’s no need for additional flags at US embassies. The ideal of the American flag is to provide ‘liberty and justice for all’. Even though we know the US hasn’t always met that aspiration in practice, we should still aspire for equality instead of waving multiple flags for every conceivable identity group.

We also need to challenge this new cultural imperialism. The woke elites claim they want to ‘decolonise’ everything, but they are quite happy to pursue their own form of cultural colonialism around the world. This new woke imperialism might appear benign, but it has the potential to be very destructive indeed.