Fixed or Swept Under the Rug? Five ‘Critical’ F-35 Issues Have Been Downgraded, but Remain Unsolved 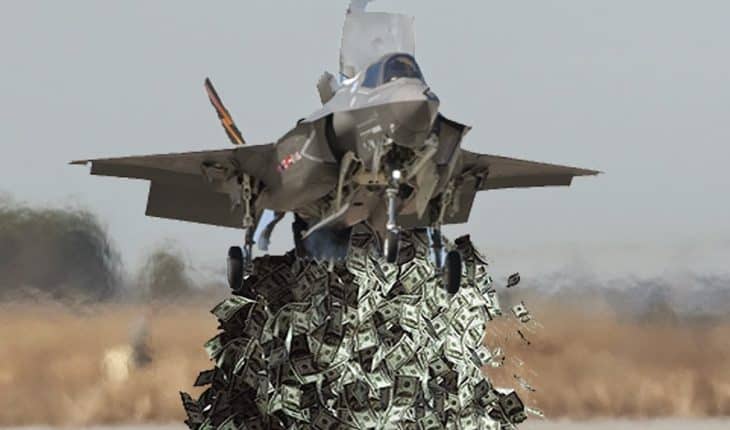 Editor’s note: Here’s an example: Pilots reported the plane becomes unstable and dangerous to fly when you get it into a 20-degree angle of attack, as you would when you’re evading a missile. Lockheed’s “solution”? Give the pilots an angle-of-attack indicator and tell them to use more lateral maneuvering instead.

The F-35 Joint Program Office has put in place stopgap fixes for five key technical flaws plaguing America’s top-end fighter jet, but the problems have not been completely eliminated.

Last June, Defense News reported exclusive details about 13 major technical issues, known as category 1 deficiencies, impacting the F-35. The JPO has since quietly downgraded five of those issues to the lesser category 2.

A category 1 deficiency is defined as a shortfall that could cause death, severe injury or illness; could cause loss or damage to the aircraft or its equipment; critically restricts the operator’s ability to be ready for combat; prevents the jet from performing well enough to accomplish primary or secondary missions; results in a work stoppage at the production line; or blocks mission-critical test points.

But downgrading the category doesn’t mean the problems are solved, said Dan Grazier, who tracks military issues for the Project on Government Oversight.

CAT 2 programs are still “definitely cause for concern. They are going to have an impact on how the aircraft performs,” Grazier said. “It really depends on what the issue is, but every design flaw has a potential issue on the mission. … You want to not have flaws, you want these things can be fixed so pilots can get out and do what they need to do.”

Aside from a few basic statements on which projects were downgraded to CAT 2, a JPO spokesperson said the office “cannot disclose any information about how these deficiencies were resolved or downgraded due to their security classification.”

The Autonomic Logistics Information System, or ALIS, provides the backbone of the F-35, used by the aircraft’s operators in virtually all stages of flying and sustaining the Joint Strike Fighter. The system is used to plan and debrief missions, order spare parts, walk maintainers through repairs, and view technical data and work orders. (A potential replacement, named ODIN, is in the works.)

But some international partners on the F-35 program have expressed concerns that data flowing through ALIS to the United States government — and to Lockheed Martin — could give both the U.S. military and the American defense contractor a window into that country’s flight operations, including when and where its F-35s are flying.

Those concerns were so high that two countries threatened to leave the program entirely if a fix was not quickly applied, according to the original documents viewed by Defense News.

That fix is now in, according to the JPO, which said that on April 29, 2019, an update to ALIS included an initial version of a new Sovereign Data Management tool.

“The SDM tool permits F-35 operators more control over the types of Prognostics and Health Management (PHM) data that are transferred to the F-35 Operations Center,” the JPO said.

This particular deficiency involves supplies or components that, upon installation, are not actually listed and tracked in ALIS as designed. Those require specific, almost daily requests to software engineers to have data corrected in the system. While those requests can catch some problems, the issue is not always detected by the user.

These “holes,” as the JPO calls them, do not collect data on how parts are used after installation, which means a part might be breaking down from heavy use. Yet, that part won’t be flagged by ALIS as an at-risk piece.

As a result, it’s less likely that issues developing from wear and tear or a lack of replacement parts will be discovered until such an issue has become an acute problem, possibly leading to a grounding of the aircraft.

The issue was downgraded to a CAT 2 deficiency on Jan. 13, 2020, “due to ALIS data quality improvements that have been made in the two years since this DR [deficiency report] was written,” according to the JPO. “The quality improvements have reduced the frequency and magnitude of issues that have impacted operational units’ abilities to quickly release aircraft for flight following maintenance.”

3. The F-35B and F-35C experienced incongruous lateral and longitudinal control response above a 20-degree angle of attack.

One of the most eye-opening issues identified in the initial report was that the F-35B and F-35C models used by the Marine Corps and Navy become difficult to control when operating above a 20-degree angle of attack — which would be seen in the extreme maneuvers a pilot might use in a dogfight or while avoiding a missile.

Pilots reported the aircraft experiencing unpredictable changes in pitch, as well as erratic yaw and rolling motions when coming in at that angle of attack.

“It has random oscillations, pitch and yaw issues above [its] 20-[degree angle of attack],” a longtime naval aviator told Defense News last year. “[So] if I had to perform the aircraft — if I had to maneuver to defeat a missile, maneuver to fight another aircraft, the plane could have issues moving. And if I turn around aggressively and get away from these guys and use the afterburner, [the horizontal tail and tail boom] start to melt or have issues.”

The issue was important enough that it accounted for two CAT 1 issues, one each for the two variants impacted by the design issue.

However, the JPO downgraded this issue to a CAT 2 on May 28, 2019, for the F-35C and on July 8, 2019, for the F-35B. The solution involves “improvements in flying qualities that were implemented in software. The improvements provide pilots with an intuitive reference indication for AOA [angle of attack], which allows pilots to more quickly optimize lateral maneuvering during air-to-air maneuvering. These software improvements have been released to all F-35 operators.”

4. There were unanticipated thrust limits in jetborne flight on hot days.

This particular issue only occurred once, but was so significant that it was identified in the original document as the “No. 1 priority” for the Marine Corps.

The issue was identified aboard the amphibious assault ship Essex, where a Marine pilot performed what is known as a “mode four” operation. That is where the jet enters hover mode near a landing spot, slides over to a target area and then vertically lands onto the ship. It’s a key capability for the “B” model, which was designed for its short-takeoff-and-vertical-landing abilities.

The engine — working hard on a day that temperatures cracked 90 degrees Fahrenheit while trying to lift a plane that was heavier than most returning to base — wouldn’t generate the needed thrust for a safe, ideal landing. The pilot managed to land, but the issue set off alarm bells in the Marine aviation community.

The JPO initially expected a fix for this issue to be out sometime in 2019, but it wasn’t until March 2020 that a mix of nondescript “software updates and procedural adjustments” brought the “propulsion system performance back to original specified performance levels.” [A software fix that fixes engine thrust generation?]