FIGHTING BACK: Lukashenko Opens Belarusian Border for Migrants Who Want to Enter the EU 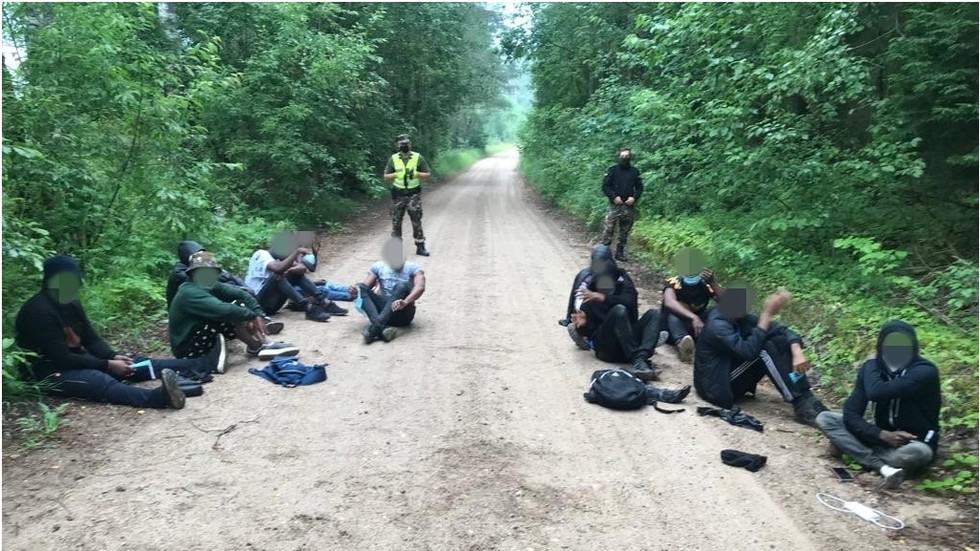 After catching 150 migrants illegally crossing the border from Belarus, Lithuania has declared an emergency and appealed to the EU for assistance. Vilnius and Brussels say Minsk is weaponizing migration in reprisal for sanctions.

Lithuania has requested help from Frontex, the EU border service, after catching 150 people who tried to sneak across the border from Belarus in just the past 24 hours. Most of them were Iraqi nationals, who immediately claimed asylum.

In the last 24 hours, Belarus has smuggled another 150 migrants into Lithuania – an all-time daily record. That’s more than in 2019 and 2020 combined. Also yesterday, Lukashenko introduced a visa-free regime up to 5 days for citizens of 73 countries. So this is just the beginning pic.twitter.com/KvK55Xy2QF

Visiting Vilnius on Friday, European Commission chair Ursula von der Leyen said a “politically motivated pattern” was on display, and that the EC and the EU in general “really stand by your side in this difficult time.” Lithuania has been an EU and NATO member since 2004.

Other EU officials have also expressed concern about the “influx of migrants” on the border. European Parliament President David Sassoli said, “someone is unacceptably playing with people’s lives.”

While neither Sassoli nor von der Leyen named the suspect, the Lithuanian government has already accused President Alexander Lukashenko of Belarus. They claim Lukashenko is deliberately letting migrants from the Middle East, Africa, and Asia fly to Belarus and then cross into the EU via Lithuania.

On June 27, Lithuanian Interior Minister Agne Bilotaite said she had evidence of a “well-organized” plan involving Belarusian border guards and “the regime” to flood Lithuania with migrants from the Middle East, in an interview given to the news portal Delfi. The charge was quickly echoed by Western outlets such as the Telegraph, the US government-funded RFE/RL, and the NATO-backed Atlantic Council.

The Foreign Ministry in Minsk announced the suspension of its agreement with the EU to cooperate on border enforcement a day after Bilotaite’s interview, on June 28. The move was explained as retaliation for EU sanctions against Belarus, imposed on June 24 on grounds of “human rights violations.”

Brussels cited the arrest in May of two opposition activists on board a Ryanair flight that made an emergency landing in Minsk due to a bomb threat. The EU has claimed – with no evidence – that the bomb threat was fabricated in order to arrest Roman Protasevich and his friend Sofia Sapega, who were flying to Vilnius from Greece.

Lithuania and Poland have served as operations hubs for Belarusian opposition activists, including the “president in exile” Svetlana Tikhanovskaya, who has called for sanctions against Minsk and claimed that the August 2020 presidential election was rigged and stolen from her.

The Lithuanian state border security service VSAT said that a total of 822 migrants have illegally crossed over from Belarus since January 2021. Most of them have no documents, but more than half – 428 – claim to be Iraqi nationals, with 51 Iranians and 45 Syrians. A VSAT spokesman told RFE/RL that “most migrants” arrived in Minsk “via direct flights from Istanbul and Baghdad.” Lithuanian intelligence knows how they got from Minsk to the border, he added, but could not disclose that information, citing “an ongoing investigation.”

There has, however, been no similar surge of migrants to Poland or Latvia, EU member states that also share a border with Belarus. Latvia has registered only one illegal crossing so far this year.

While Lithuania is ringing alarm bells over 800 migrants, the US has captured nearly 900,000 people crossing over from Mexico illegally between January and April 2021, while the White House insists there is no “crisis” on the border. 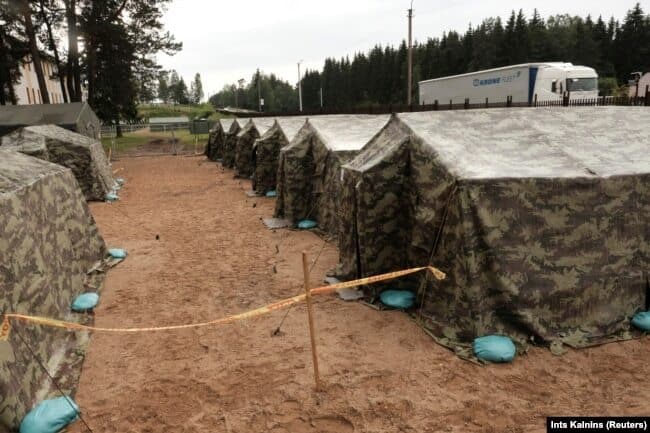 A first team of six guards from the European Union’s border agency Frontex began working in Lithuania on Friday, as the Baltic state reported another sharp rise in migrants and refugees arriving from Belarus amid simmering tensions between the bloc and Minsk.

The Lithuanian border guard service said over the last 24 hours it detained 150 migrants and refugees – almost twice as many as for the whole of 2020.

That brings the total number of detected illegal crossings along their shared 680km (420-mile) border to more than 800 so far this year. In 2020, there were 81 detected crossings.

The Lithuanian government, which is strongly opposed to Belarus’s longtime President Alexander Lukashenko, has said it suspects his government is allowing migrants and refugees through the border.

Lukashenko has previously warned his country will no longer try to stem a flow of illegal migrants and refugees from other countries to the EU following a downturn in relations between his government and Brussels prompted by Minsk’s forced diversion of a passenger jet in May and subsequent arrest of a dissident journalist on board.

“The situation is tense and has a tendency to deteriorate further,” Foreign Minister Gabrielius Landsbergis told the AFP news agency.

“The goal of the foreign ministry is clear – economic migrants who cross the EU border illegally have to be returned to the place they left,” he said.