Expensive, land-hungry, inconstant, and still more polluting than either gas or atomic

When earlier this year China announced subsidies for 22.79 GW of new solar power capacity, those following the country’s renewable energy story must have started to worry. The capacity subsidized is half the amount approved in 2017, at 53 GW. And chances are that solar and wind additions will continue to fall.

Subsidies are one reason. In January, Beijing said it will only approve solar power projects if they are cost-competitive with coal. Judging by the size of subsidies announced in July, more than 22 GW in projects can boast cost-competitiveness with coal.

Yet there is another reason: curtailment. China-based journalist Michael Standaert wrote in a recent story for Yale Environment 360 that China’s solar and wind farms continue to produce electricity that is wasted because there is not enough transmission capacity.

Renewable energy is a top priority for China as it fights one of the worst air pollution levels in the world while subject to an uncomfortably high degree of reliance on energy imports, namely oil and gas. At the same time, it is one of the biggest—if not the single biggest—driver of global energy demand as its middle class grows fast and with it, energy demand. Now, it seems, energy demand is taking the upper hand.

China has substantially increased subsidies for shale gas exploration and methane separation from coal, Standaert writes. He also quotes a former IEA official as saying, “Though China is the largest clean energy market in the world, wind and solar only accounted for 5.2 percent and 2.5 percent of China’s national power generation in 2018.”

What’s more, Kevin Tu, now a fellow at the Center on Global Energy Policy at Columbia University, tells Standaert that “Against the backdrop of an ongoing U.S.-China trade war and a slowing Chinese economy, political priority of climate change in China is unlikely to become very high in the near future, indicating great difficulties for Beijing to further upgrade its climate ambitions.”

In short, renewables won’t cut it when you need cheap power to feed growing energy demand. By the way, China is not alone in this situation. Energy demand is rising on a global scale and this means emissions are rising, too.

In its latest International Energy Outlook, the U.S. Energy Information Administration poured cold water on the hopes of many climate change fighters by estimating global energy demand will increase by as much as 50 percent between 2018 and 2050. That’s under the EIA’s reference case scenario, that is, the middle ground between the scenario of high economic growth, under which energy demand growth will be even greater and the scenario of low economic growth, which could give the planet a breather.

Unsurprisingly, Asia will be the biggest driver of this growing demand and China specifically as its economy continues to expand at rates higher than the mature economies of the OECD. As it expands, Beijing—as other governments around the world—would need to juggle between satisfying this growing energy demand and cutting emissions.

It seems like an impossible task. To do it, China would need to solve the curtailment problem and make solar and wind even cheaper, and not just for households but for the industrial sector: it is this sector that will account for most of energy demand growth to 2050. [Actually it is a vehemetly doable task but would require a push for the energy-dense uranium/plutonium/thorium.]

NETPower, that is all that will matter when it gets into swing!

Articles like these tend to be linear in analysis, while neglecting predictable global economic shocks.

Gee whatever will we do?

I know, build more Nuke plants to poison the Earth with.

Coal smoke may make you cough, but radiation will kill your butt.
Two plants melted down polluting the earth right now.

Anyone knows how to stop the poisoning the earth has not stepped forward.

Beside that, Nikola Tesla had figured out how to pull free energy out of surrounding back in the early 20th century.
When his rich backers found out he was planning on giving free energy to the masses, his money dried up, and when he died, USA came in, stole all his papers, made them disappear.

‘Like A Red Shield Dragon Falling From The Sky In Flames’

‘Like A Red Shield Dragon Falling From The Sky In Flames’

Exposed as FAKE Hebrews, Liars, Fakes Frauds, bunch of pedophile-
Slaughtering the Indigenous Semitic Palestinians in their own domiciles-

The name will become one when spoken men spit on the ground-
At the memory of the evil conjured up by the revolting putrid sound! 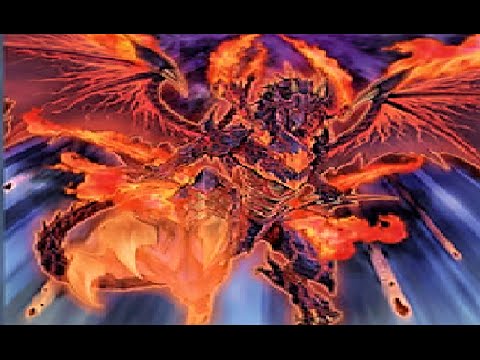 Get a life moron.

The last hazbara tried for carnal knowledge of the Royal Big Lizard’s leg, well, IT found something IT could not digest.

Pikers should not try to take on the Ole dog.

And taking down the Red Shield dragon IS my life!

Nuclear has always been the answer. When all these wind turbines and solar panels wear out in 25 years, they will not be replaced. By then, the advantages of nuclear will be obvious, and China will be building reactors at a tremendous pace.

There are so many shortcomings with these alternates, starting with the fact that wind turbines cannot create “baseload power,” the power that assures you that no matter what time of the day you flip a switch, the lights will go on.

They must always be backed up by something else, such as gas-fired power.

The turbines have also demonstrated significant weaknesses in some environments. And they are expensive.

And they kill a hell of a lot of migrating birds.

Solar is great for limited special applications, but it just won’t do for a base supply under most circumstances.

Maybe a new, more efficient technology will come along, but it remains only a hope, like new technologies for storage batteries,

Obviously if we had efficient, easily installed, durable roof systems for each building and we had a super-duper storage battery in the basement, we’d have a revolution in energy supply, making many central generating plants (nuclear or otherwise) and many transmission lines unnecessary.

Maybe that will come, but it’s not here.