EU’s Debt Slave? Thanks to Lockdown Italy’s Debt-to-GDP to Hit a Fantastic 160%

Italy has been pilling on debt without growing as it was, now it went and shot its foot off -- the price of Euro bailout will be its remaining independence 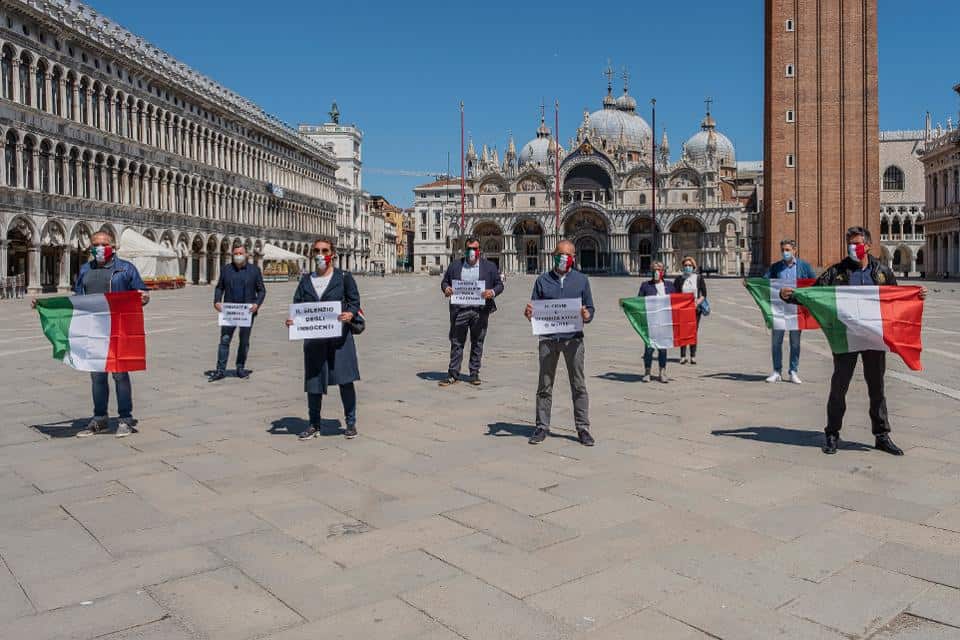 Editor’s note: EU had already been playing a huge role in Italian politics (and in subverting its democracy) as it was, deciding which government coalitions were acceptable and which ones were not.

Even if Italy and the EU somehow manage to get through this, the result will likely be a further loss of Rome’s independence and the further weakening of the influence of the Italian people on their own government.

Over half of Italian companies reported facing a liquidity shortfall by the end of 2020 and 38% reported “operational and sustainability risks,” according to a survey of 90,000 companies conducted by the Italy’s national statistics institute ISTAT.

The national Italian business lobby, Confcommercio, recently estimated that 60% of restaurants and other businesses were short on liquidity and 30% had complained about the extra costs of implementing anti-contagion safety measures so they can start serving customers after lockdown.

The tourism industry, which accounts for 13% of GDP and has been crucial in keeping Italy’s economy afloat over the past decade, providing jobs for an estimated 4.2 million people, is in post-lockdown limbo. The borders have opened but foreign tourists still remain elusive. And with many local residents in no financial position to go on holiday this year, domestic demand is unlikely to pick up as much of the slack as tourism businesses are desperately hoping.

Tourism was one of the few parts of the economy that has been growing in recent years. Last year, for instance, it grew by 2.8% while Italy’s industrial output shrank by 2.4%.

In an economy that hasn’t grown for well over 10 years while public debt continues to grow at a frightening rate, its fastest growing sector has just been hit with the mother of all sledgehammers.

Italy’s manufacturing industry, which was already struggling before the crisis, is also in trouble. In April, when Italy was in the grip of one of the most severe lockdowns in Europe, ISTAT’s industrial turnover index plunged by 46.9% while the unadjusted industrial new orders index fell by 49.0% with respect to the same month of the previous year. Since then, many businesses have reopened but activity remains low.

Even before this crisis began, Italy’s half-broken banking system and endless morass of red tape made getting a business bank loan an almost impossible task — apart from for the legions of zombie firms that already owed banks huge amounts of debt they will never repay and which would periodically get restructured. In the last crisis the share of the industry capital stock sunk in zombie firms more than doubled, from 7% to 19% between 2007 and 2013, according to the OECD. Something similar, but on an even larger scale, is likely to happen by the end of this crisis.

The Italian government is already in fiscal tightspot. By the end of this year its debt will already have surged to around 155%-160% of GDP, from last year’s 136% — the result of three simultaneous processes: massive growth in government spending to counter the virus crisis, a dizzying slump in tax revenues, and a sharp decline in GDP.

If Italy’s government is unable to deal with the approaching tsunami of bad debt, external help will soon be needed. Other Eurozone members will be in the same boat, which is why the ECB is quietly talking about creating a bad bank to “warehouse” hundreds of billions of euros of unpaid debt. Getting the blessing of some Northern European countries, particularly Germany, for the scheme will be a tough task, especially given the current standoff between the German Constitutional Court and the ECB. But for Italy’s economy, time is of the utmost essence.