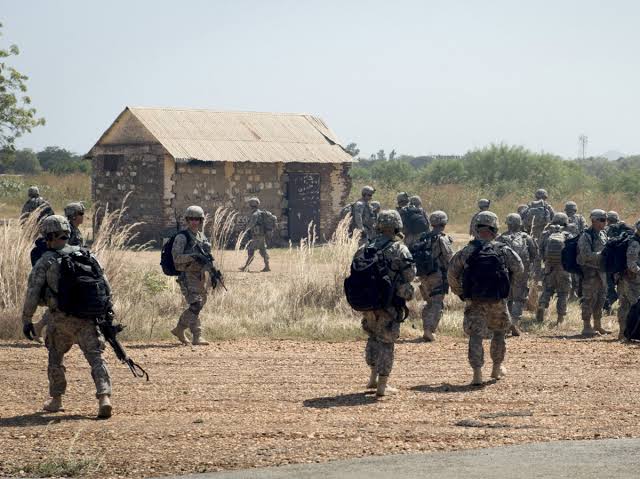 Defense Secretary Mark T. Esper is weighing proposals for a major reduction — or even a complete pullout — of U.S. forces from West Africa as the first phase of reviewing global deployments that could reshuffle thousands of troops around the world, according to officials familiar with internal deliberations.

The discussions of a large-scale pullback from West Africa include abandoning a recently built $110 million drone base in Niger and ending assistance to French forces battling militants in Mali, Niger and Burkina Faso. The deliberations stem from a push to reduce post-9/11 missions battling terrorist groups, and instead to refocus Pentagon priorities on confronting so-called Great Powers like Russia and China.

With an initial decision about Africa expected in January, the plans are sure to draw criticism from lawmakers, allies and military officials, and could eventually affect most global missions in some way. About 200,000 U.S. forces are currently stationed abroad, similar to the force posture when President Donald Trump took office with a promise to close out the nation’s “endless wars.”

But Trump is not so much ending wars as he is moving troops from one conflict to another, and Esper’s initiative aims to carry out that rebalancing.

Officials say the overhaul of Africa deployments will be followed by one in Latin America, and that drawdowns will happen in Iraq and Afghanistan, as has been expected.

The initiative reflects what has become the defining priority for Esper: moving away from 18 years of counterterrorism deployments in places troubled by militancy and insurgency where thousands of U.S. troops cycle through in an attempt to maintain minimal stability but without much prospect of definitive solutions.

“We’ve begun a review process where I’m looking at every theater, understanding what the requirements are that we set out for, making sure we’re as efficient as possible with our forces,” Esper told reporters.