Erdogan Has Been Telling Everyone and Their Mother He Is Meeting Putin on the 5th. Putin Says Has No Plans to Meet Him 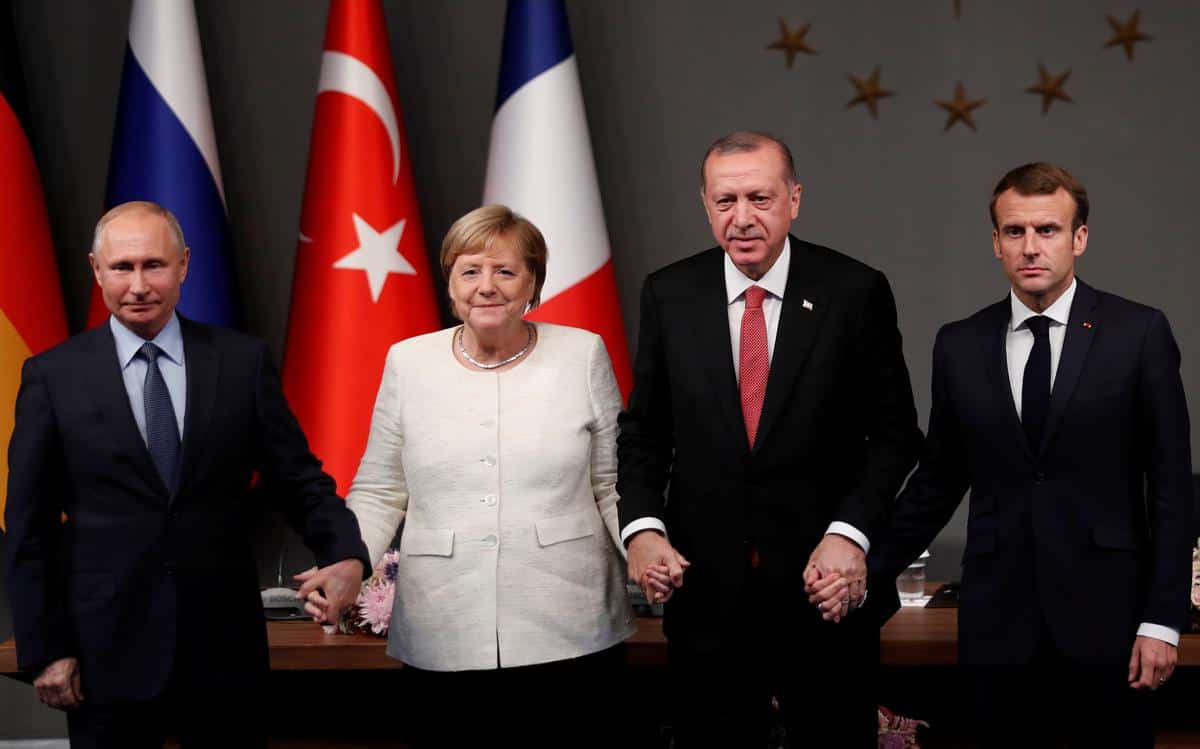 They had it planned out so well:

Turkish President Recep Tayyip Erdogan on Saturday said he would hold a summit with the leaders of Russia, France and Germany on 5 March to discuss the escalating violence in Syria’s last rebel enclave of Idlib.

The announcement comes a day after France and Germany called for a four-party summit involving the Turkish and Russian leaders and following an Erdogan phone call with Russian President Vladimir Putin and teleconference with French President Emmanuel Macron and German Chancellor Angela Merkel.

“I expressed our determination [on Idlib] clearly to Putin yesterday. I also mentioned it to Merkel and Macron,” Erdogan said. “On March 5, we will meet with Putin, Macron and Merkel, and we will talk about these again,” Reuters quoted him as saying.

They even agreed on Istanbul in Turkey as the location where they would all gang up on Putin with a home-field advantage:

Erdogan did not say where the summit would take place, but speaking to reporters after Friday prayers he confirmed that Macron and Merkel had proposed a Syria summit in Istanbul, AFP reported.

The Kremlin was silent for five days of Erdogan telling everyone who would listen this was in the works then burst his bubble with one sentence:

Peskov said Moscow was open to another summit with Turkey and Iran, but had no interest in a meeting on Idlib with the Merkel, Macron and Erdogan trio:

The Kremlin said on Tuesday it was working to organize a summit with Turkey and Iran to discuss the conflict in Syria’s Idlib region, but was not organizing a separate mooted four-way summit that would gather France, Germany, Turkey and Russia.

The message to Erdogan is clear. Russia remains committed to the Astana format (Russia-Iran-Turkey) and to the Sochi Agreement that it gave birth to.

Of course, in Russia’s reading, the Sochi Agreement dictates the dissolution of the al-Qaeda affiliated Hayat Tahrir al-Sham, which the Syrian-Russian operation is now attempting to put in practice, as Turkey had committed itself to do but failed to deliver.

This is now a pattern. As John Helmer pointed out since the start of the Syrian-Russian offensive Erdogan and Putin have held multiple phone calls after which the Kremlin never misses to point out they were sought by the Turkish leader, not Putin.

That is because according to Russia there isn’t anything to talk about. Syria is restoring its sovereignty and Russia is implementing the letter of the Sochi. To be polite Putin can take Erdogan’s call, but to travel to Istanbul to discuss reversing a Syrian offensive on its own soil to benefit al-Qaeda, that is some Munich 1938 type stuff.

So, Erdoğan – Putin personal rapport is about to be ruptured?