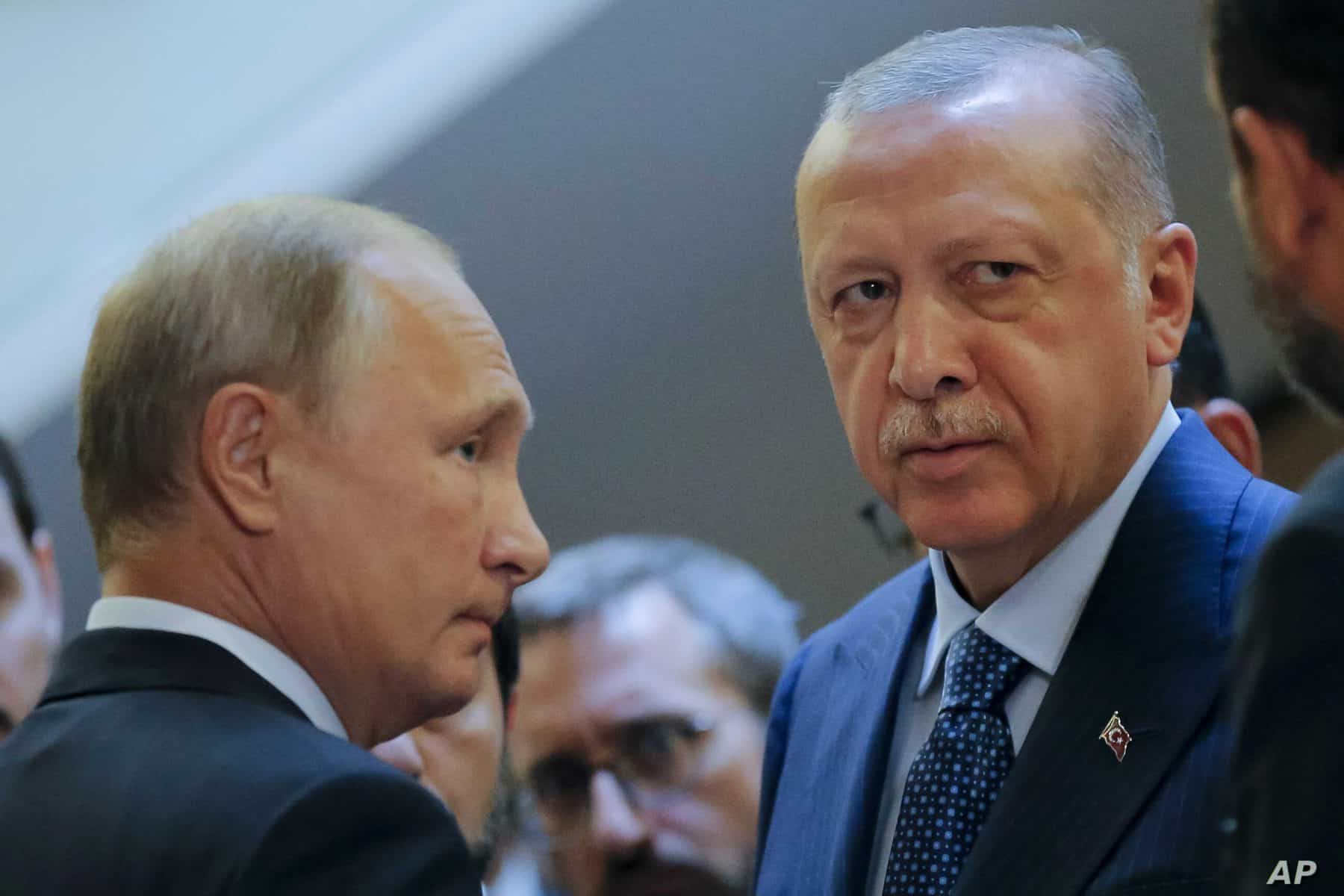 Turkey has repeatedly softened language in NATO statements condemning Russia, part of a broader pattern of muscle-flexing obstructionism within the Western security pact, and of fellow NATO members rolling over, diplomatic sources with knowledge of the dynamic have told Al-Monitor. The latest such example was on display in a May 26 statement by the 30-member alliance decrying Belarus’ forcing down of a Ryanair flight to arrest dissident journalist Roman Protasevich and his partner. The two-paragraph long statement did not include any of the punitive steps being pushed for by Baltic states and Poland because of Turkish resistance, Reuters reported Thursday.

The diplomatic sources confirmed the news agency’s version of events whereby Turkey said it would veto any language that called for support for Western sanctions on Belarus, the release of political prisoners and suspending NATO cooperation with the former Soviet state, which is closely allied with Russia.

Deputy Secretary of State Wendy Sherman, who was present during the deliberations, “was shocked,” one of the diplomatic sources who was familiar with the affair said. The US delegation was weighing whether to hold out for tougher language but was persuaded by NATO Secretary-General Jens Stoltenberg, who prides himself on “being a friend of Turkey,” to let it go, the source said.

Diplomatic sources said Turkey had adopted a similar stance for the wording of an April 15 statement airing solidarity with the United States over Russia’s cyberattacks on US government agencies, and another on April 22 expressing concern over the blowing up in 2014 of ammunitions depots in the Czech Republic by Russian GRU (military intelligence) agents.

“In the April 15 declaration there is no reference to the term ‘sanctions’ in the first and key paragraph,” one of the sources noted. “Turkey had conditioned any approval of the declaration on the deletion of that term,” the source added. In a compromise text, NATO offered support to America’s “actions” against Russia. The pro-Russian tilt was repeated in the drafting of the April 22 statement when Turkey said in advance that it would not agree to any declaration that mentioned Ukraine, as Russian troops massed on that country’s eastern border.

This flies in the face of Turkey’s firm and very vocal support for Ukraine, including supporting granting it NATO membership. This raises in turn the question of why Ankara feels compelled to bat for Moscow and why the United States, NATO’s most influential member, doesn’t do more to bring Turkey to heel.

There are several explanations. One is Turkey’s indisputable geostrategic value. This appears to trump any concerns over its increasingly aggressive and disruptive behavior under Turkey’s Islamist president, Recep Tayyip Erdogan, notably in the eastern Mediterranean where it is butting heads with fellow NATO ally Greece. One of the sources said that nobody wants to “lose” Turkey and that Ankara milks this to maximum, “arriving at the negotiating table saying, ‘These are our conditions.’ Turkey’s strategy is to threaten that they are going to block and Stoltenberg integrates the Turkish concerns [into the draft text of statements] in advance.” Under the alliance’s rules, all member states have to agree on the text of a statement before it is made public. [Where is the “threat”? If they’re not comfortable with certain language and can not sign under it, then they can not sign under it. Are they under some kind of obligation to toe the US/Baltic line?]

Turkey also continues to block NATO cooperation with Armenia, the United Arab Emirates, Austria, Israel and Egypt, although it has softened its stance on the latter, part of an effort to normalize ties with the Arab state.

Turkey defends its position on Russia on the grounds that Ankara has to manage its relationship with its powerful northeastern neighbor. Turkish officials frequently remind their counterparts that Turkey is the only NATO country to have shot down a Russian warplane — over Syria in 2015 — and to have suffered casualties under Russian attack — again in Syria in 2020.

Turkey’s stance on Belarus is viewed as especially egregious and puzzling.

“It only makes sense from the perspective of an authoritarian government sticking up for another authoritarian government,” said Nate Schenkkan, director of research strategy at Freedom House. “I can’t think of another reason — the Belarus action was very dangerous, it put civilians at risk and Ankara has no equities there I know of at stake with Belarus. It should be an easy one for Ankara to show solidarity in NATO and rebuild bridges,” Schenkkan told Al-Monitor.

Erdogan has repeatedly said he wants to turn a new page with the Biden administration and is scheduled to hold his first face-to-face meeting with Joe Biden since he became president on the sidelines of a NATO summit next month. Turkey’s detractors within the alliance are hoping that Biden will deliver a tough message to the Turkish leader that he has to play by the rules. [But the rules state all members have to agree on a joint statement so how is Turkey not “playing by the rules?”] “What sort of credibility will the Americans have with China, with Russia if they can’t even temper Turkey?” the diplomatic source asked.

“Nations have a right to block things that they do not perceive as being in their national interest. Turkey’s stance is not unusual. The United States does it all the time,” said Jim Townsend, a former deputy assistant secretary of defense and a senior fellow at the Center for a New American Security, a think tank in Washington. “But in this case, it made me very sad to see Turkey using its right to raise a problem when it came to the Belarus hijacking,” Townsend told Al-Monitor.

Turkey’s burgeoning military ties with Russia, showcased by its acquisition of S-400 missiles, have already exacted a heavy price. It has been expelled from the consortium producing state-of-the-art F-35 fighter jets and blocked from acquiring high-value US military goods under the Countering America’s Adversaries Through Sanctions Act.

Sherman, who arrived in Turkey on Friday for official talks, reportedly offered Turkey a number of options to disentangle itself from the S-400 morass. “Turkey is well aware of the steps it needs to take,” Sherman told private broadcaster CNNTurk. “We have talked about ways to take them. And this will be a decision for Turkey to take,” she said. Turkey refuses to back down, saying the acquisition of the Russian weapons is a done deal and is talking about buying Russian made Sukhoi fighter jets if the F-35 remains off limits. The US has said any such move would prompt further sanctions.

With Turkey’s relations with the United States continuing to fray, NATO stands out as the sole institution keeping the country within the trans-Atlantic security orbit. As such, the S-400 problem is “never discussed at NATO” even though the US position is rooted in the argument that the Russian system compromises NATO security. “The [NATO] secretary-general and the NATO bureaucracy thought that it would weaken cohesion if we discuss differences,” one of the diplomatic sources said.