"It’s about the silliest thing you could possibly come up with, and it’s going to be happening" 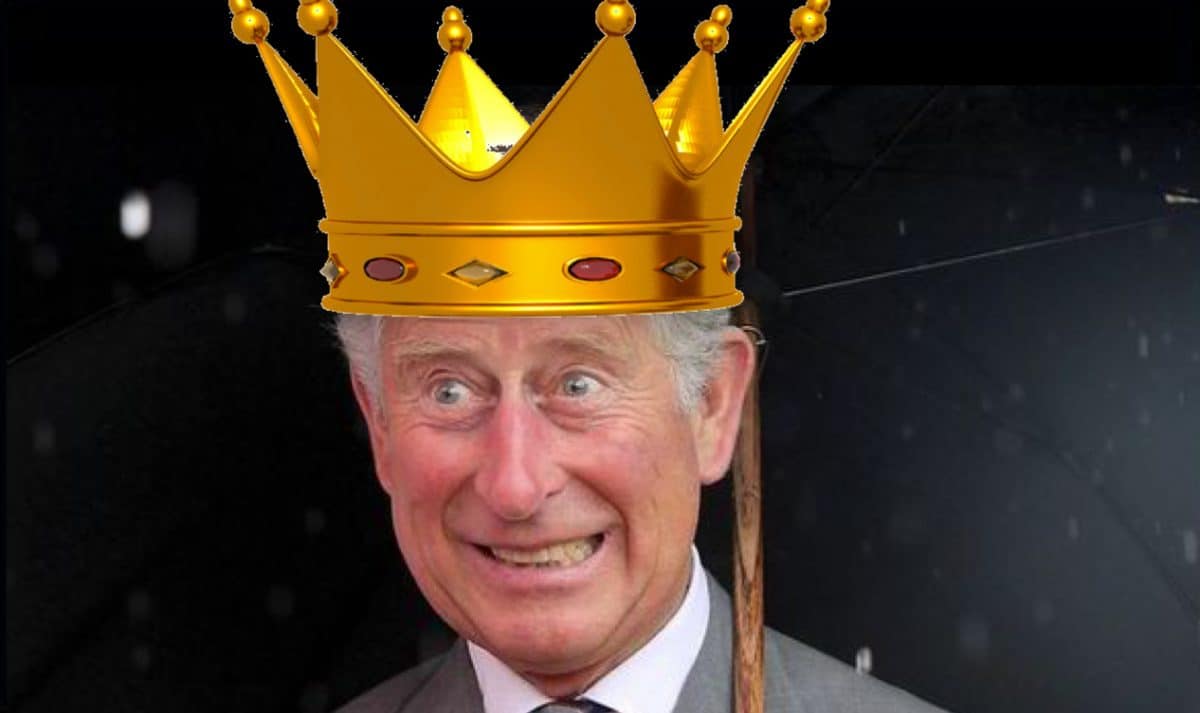 Editor’s note: Fun article, but I live for the day when we realize having a “president” is no less ludicrous.

Britain’s Queen Elizabeth has had to skip out on yet another public appearance due to failing health, this time reportedly due to a sprained back. If she’d been able to make her scheduled appearance for Sunday’s Remembrance service it would have been her first since resting on medical advice after spending the night in hospital undergoing unspecified tests last month, leading to much speculation about her health.

“We none of us will live forever,” the 95 year-old monarch said in her speech for the COP26 summit earlier this month, shown via video as she was also unable to attend that event.

We are reminded that ol’ Liz won’t be around forever not just by the fact that her body is turning into Pringles chips but by the sudden uptick in the use of the phrase “future king” in news media references to Prince Charles, who will inherit the throne upon his mother’s overdue demise. It will take a lot of prepping to get members of the British Commonwealth used to the idea that they are about to have a King, after all, because on its surface the very idea of it is so cartoonishly absurd.

There’s something we’re not being told about the Queen’s health, it’s clearly a more serious situation than the Palace is saying.
👇👇👇 https://t.co/fFDMvUCpuF

And make no mistake, having a king is something that people are going to have to be groomed into accepting. Because if there’s anything more ridiculous than having a queen, it’s having a king.

At least having a queen is something we came into the modern world with. For most of us it’s all we remember having; Elizabeth took the throne in 1952 and was around for the rise of feminism and the mainstreaming of women in politics and the workplace, and the fact that there was a woman heading the British monarchy throughout that time made the obscene existence of royals in the modern age seem a lot less abrasive than it otherwise would have. We’ve gotten used to having a queen.

We’re gonna have a king you guys. An actual, literal king. Not in a children’s fairy tale. Not at a Renaissance fair. Not in a JRR Tolkien movie. Not in a Dungeons & Dragons live action role-playing game. In real life.

Not as a joke, either. People are going to take it very seriously. They’re going to refer to him as “the King” and call him “Your Majesty,” and do it completely unironically. He’ll take out a sword and “knight” people, like some nerdy cosplayer at a fantasy convention.

He’s going to be on people’s money. Not just in the UK, but in places like here in Australia as well. He will even have the power to oust our elected officials through his governor-general if he sees fit.

It’s about the silliest thing you could possibly come up with, and it’s going to be happening at a time when people are already getting fed up with ruling power structures as it is. I mean, think about it. Everyone’s being exploited by billionaires and betrayed by politicians and dominated by opaque and unaccountable government agencies as living conditions get worse and worse for the working class, and you’re going to throw some dusty old wanker in front of them wearing a crown and tell them “Okay this is your King now”?

It’s not going to go well, and it’s going to be very, very funny watching it happen. It was a hard enough ask in the 2020s that there’s still a blood-soaked royal family from a long line of murderous white supremacist thieves leeching off of taxpayers for no legitimate reason, but now you’re going to replace the old pug lady we’ve all gotten used to with some asshole and call him our King? Yeah, good luck with that.