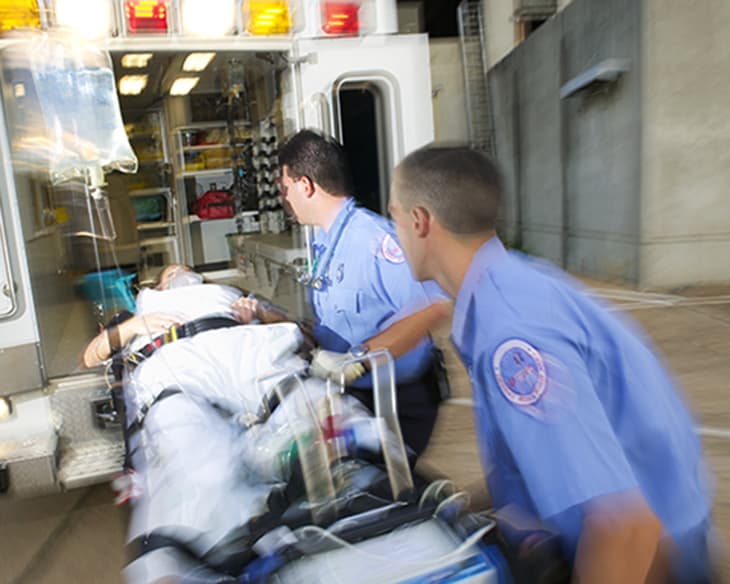 The doctor looked around the unusually quiet intensive care unit, catching his breath and taking stock for the first time in what felt like weeks.

Dr Samir Farhat’s hospital in New York had been at the epicentre of the coronavirus outbreak in the US. Now, the ICU was almost back to normal and he found himself wondering when the city would be too.

“It’s not often I agree with Trump, but I think that we should open up on May 15,” said Dr Farhat, who runs the emergency room at New York Community Hospital as well as working as a physician at Mount Sinai Brooklyn.

The New York governor’s three-phase plan to end the lockdown will see the city next week begin slowly easing restrictions that have paralysed the Big Apple for months.

But Dr Farhat and doctors at other major New York hospitals who spoke to The Telegraph said their experience on the front line of the crisis had, somewhat unexpectedly, convinced them the city should reopen without delay.

“Hospital census is right down, admissions are too,” Dr Farhat said. “Opening up now is a calculated risk we need to take.”

Dr Farhat, who specialises in pulmonology, worries that he has not seen the cases of severe asthma, heart attacks and strokes that usually fill his ER beds.

His concern is that the virus has stopped them from seeking medical attention, an unfortunate – and sometimes fatal – consequence of the stay-at-home strategy.

The number of 911 ambulance calls declined to 3,320 in late April, down from a peak of 6,527 on March 30, according to New York Fire Department data. The figure marks its lowest call volume in years.

Dr Daniel Murphy, chairman of the Department of Emergency Medicine at St Barnabas Hospital in The Bronx who has treated dozens of coronavirus patients, claims “inordinate fear” has guided the public response.

“While Covid-19 is serious, fear of it is being over-amplified. The public needs to understand that the vast majority of infected people do quite well,” he said.

He said he noticed the “wave had crested” at St Barnabas on April 7 – three weeks after the statewide shutdown was ordered. “It was a discrete, noticeable event. Stretchers became available, and the number of arriving Covid-19 patients dropped below the number discharged, transferred or deceased,” he said.

“This was striking, because the community I serve is poor. Most work in ‘essential,’ low-paying jobs where distancing isn’t easy. Nevertheless, the wave passed over us, peaked and subsided.

“The way this transpired tells me the ebb and flow had more to do with the natural course of the outbreak than it did with the lockdown,” he said.

His observation appeared to be supported by figures released on Wednesday by Governor Andrew Cuomo, which showed the majority of people who are still being hospitalised with the virus across the state were staying at home and not essential workers.

The survey of 1,269 patients admitted to 113 hospitals over three recent days – the first such look at people getting seriously ill despite six weeks of severe social distancing – confounded expectations.

Retirees accounted for 37 per cent of the people hospitalised. Another 46 per cent were unemployed. Almost three-quarters were 51 years or older. Only 17 per cent were working.

Just four per cent were still using public transportation in their daily life, though it also noted that information on transit use was only available for about half the people surveyed.

The data has prompted questions of how effective the lockdown has been and for how much longer it will be necessary.

“Covid-19 is also more prevalent than we think. Many New Yorkers already have the infection, whether they are aware of it or not,” Dr Murphy said, referring to a recent antibody sample study which showed that one-in-five residents of New York City had likely already had the virus.

“As of today, over 43 per cent of those tested are positive in The Bronx. We are developing a significant degree of natural herd immunity,” he said. “Distancing works, but I am skeptical that it is playing as predominant a role as many think.”

As states across the US began opening up this week – with mixed results – New York is set to remain closed until the middle of the month.

Mr Cuomo said the state can only progress to “Phase One” once seven requirements were met, including recording a 14-day decline in hospitalisations; an availability rate for intensive care unit beds of at least 30 per cent; and at least 30 working contact tracers per 100,000 residents.

So far it has only met three and is some way off meeting the other four, raising the prospect it could be under severe restrictions for weeks, if not months, to come.

Bill de Blasio, New York’s mayor, warned it looked as if life would not return to normal until September at the earliest.

Virologists and other health experts, however, are expressing growing dread over what they say is an all-but-certain second wave of deaths and infections that could force states to clamp back down.

“We’re risking a backslide that will be intolerable,” said Dr Ian Lipkin of Columbia University’s Center for Infection and Immunity.

The US has recorded over 70,000 deaths and 1.2 million confirmed infections.

This week, the researchers behind a widely cited model from the University of Washington nearly doubled their projection of deaths in the US to around 134,000 through early August, in large part because of the easing of state stay-at-home orders.

Dr Lipkin said preventing outbreaks will require aggressive contact tracing powered by armies of public health workers hundreds of thousands of people strong, which the US currently does not have.

Dr Farhat said he thought a second wave would not be as bad as the first, in part, he offered, because of what doctors have learned. “We are much better prepared now, and have started to figure out what works and what doesn’t,” he said.

“There is a much greater immunity rate now too,” he said, while the elderly population, particularly those in nursing homes, has already been disproportionately affected.

Both talk about the serious longer term effects of a prolonged shutdown. “The lasting impact is what worries me the most,” said Dr Murphy.

The lockdown has decimated the economy, a factor both doctors said could hurt both physical and mental health and should not be downplayed.

One in five working New York City residents will lose their jobs by the end of next month because of the avirus, Comptroller Scott Stringer predicted in an alarming new fiscal report.

This quarter will see a 22 per cent unemployment rate — the highest in the city’s postwar history.

Peter Singer, a bioethics professor at Princeton, said officials need to think about the consequences other than in terms of deaths. “I think the consequences are horrific, in terms of unemployment in particular, which has been shown to have a very serious effect on well-being, and particularly for poorer people.

“Yes, people will die if we open up, but the consequences of not opening up are so severe that maybe we’ve got to do it anyway.” he told the New York Times.

The trade-off is already being made for essential workers, the majority of whom are low-wage. The calculations around reopening are, to some extent, about how comfortable we are with the professional classes becoming part of the trade-off.

The doctors the Telegraph spoke to stressed it was not simply a matter of reopening overnight.

“Life has to change, we don’t just spring back to normal,” Dr Farhat said. “We need to wear masks as a habit, scale up testing, and really consider whether we strictly need to travel.”

Mr Coumo has already warned there will have to be a “new normal” after the lockdown is eased, rather than a return to life as New Yorkers knew it.

“We can’t wait for a vaccine that may not come for two years, if it comes at all,” Dr Farhat said. A report out this week revealed a third of Americans would not get a vaccine even if there was one available.

“We just have to figure out a way to live with this,” the doctor said.