Did You Know That NATO Stormtroopers Went to Afghanistan to Hold Up Little Bitty Babies?

Honest to God truth by the MSM

Mainstream news and social media cannot get enough photos of imperial invaders posing for photographs with small children in Afghanistan.

Mass media narrative managers and military agencies alike have been spamming these images everywhere, as quickly and enthusiastically as possible.

That’s right. Invade a nation, kill hundreds of thousands of its inhabitants, stay for decades, accomplish nothing besides making war profiteers wealthy, drop everything and leave, then have your armed goon squad take PR photos with local infants so everyone thinks your military is awesome.

Ooh everyone look at this picture of a sweet kindly US stormtrooper cuddling one of the Afghan infants his coworkers happen to have not murdered yet.

The UN found that at least 26,025 children were killed or maimed in the fighting in Afghanistan just between the years 2005 and 2019.

And what exactly is going on in this video here? Why is he bottle-feeding those kids like koalas after an Australian bushfire? Those are people. If they’ve been out there for two days you’ve had time to get water bottles. Hand the people water bottles.

American service member gives water to #Afghan children while they wait to be allowed to enter the base. It’s baking hot and many people have been outside for a day or two. No bathrooms, and the entire area reeks of urine and rotting garbage. #afghanistan #AfghanistanCrisis pic.twitter.com/sOeEhKgH4f

Also how crazy is it that they spent trillions of dollars supposedly “nation building” in Afghanistan and basic water and plumbing needs are still an issue. It’s like, hey, stop doing photo ops with babies and go dig some wells or something.

NEW: via @alanacbs photos of a flight that left HKIA, landed in Tblisi and then continued on to Norway.

The flight contained a large number of kids… from babies to teens… traveling alone.

This is a Norwegian soldier, cradling an infant en route. @NorwayMFA #Afghanistan pic.twitter.com/vm5BHEfJgF

Just imagine if all this media firepower had gone into criticizing all the lies and devastation that went into creating this mess in the first place.

To those who have expressed doubts that US Servicemen could care for children handed to them by desperate parents, let me be clear: they can and DO.

“The true soldier fights not because he hates what is in front of him, but because he loves what is behind him.” ― G.K. Chesterton https://t.co/fABbzMSLDY pic.twitter.com/6duQbvJlcb

Thank you to @NineLineApparel for posting these.

To my brothers and sisters in arms: you inspire me once more.
Semper Fi. pic.twitter.com/h29C9jEOp0

Not everyone is impressed by these photos.

“A collection of lost young boys, separated from their parents at the gates, are being cared for by the U.S. military.” https://t.co/fjJpIeqTLD

Not impressed at all.

Really not impressed with photographs of GIs holding babies.

You think we’re going to forget about Bush and Blair’s lies, Guantanamo Bay, Abu Ghraib, the drone strikes, the kidnapping and rendition, the executions, troves of $$ to the arms dealers?

Save your corny photo ops.

I mean I get it. The military and the mass media are two arms of the same empire, and creating a positive image for the imperial war machine is essential to its continued operation. If people began awakening to just how horrific the US-centralized empire’s mass murder operations really are, they would lose trust in the giant propaganda engine which manipulates the way they think, act and vote. You can’t stop the killing, since killing is the glue which holds the unipolar world order in place, so you have your grunts take pictures with the babies of the nations you invaded instead. 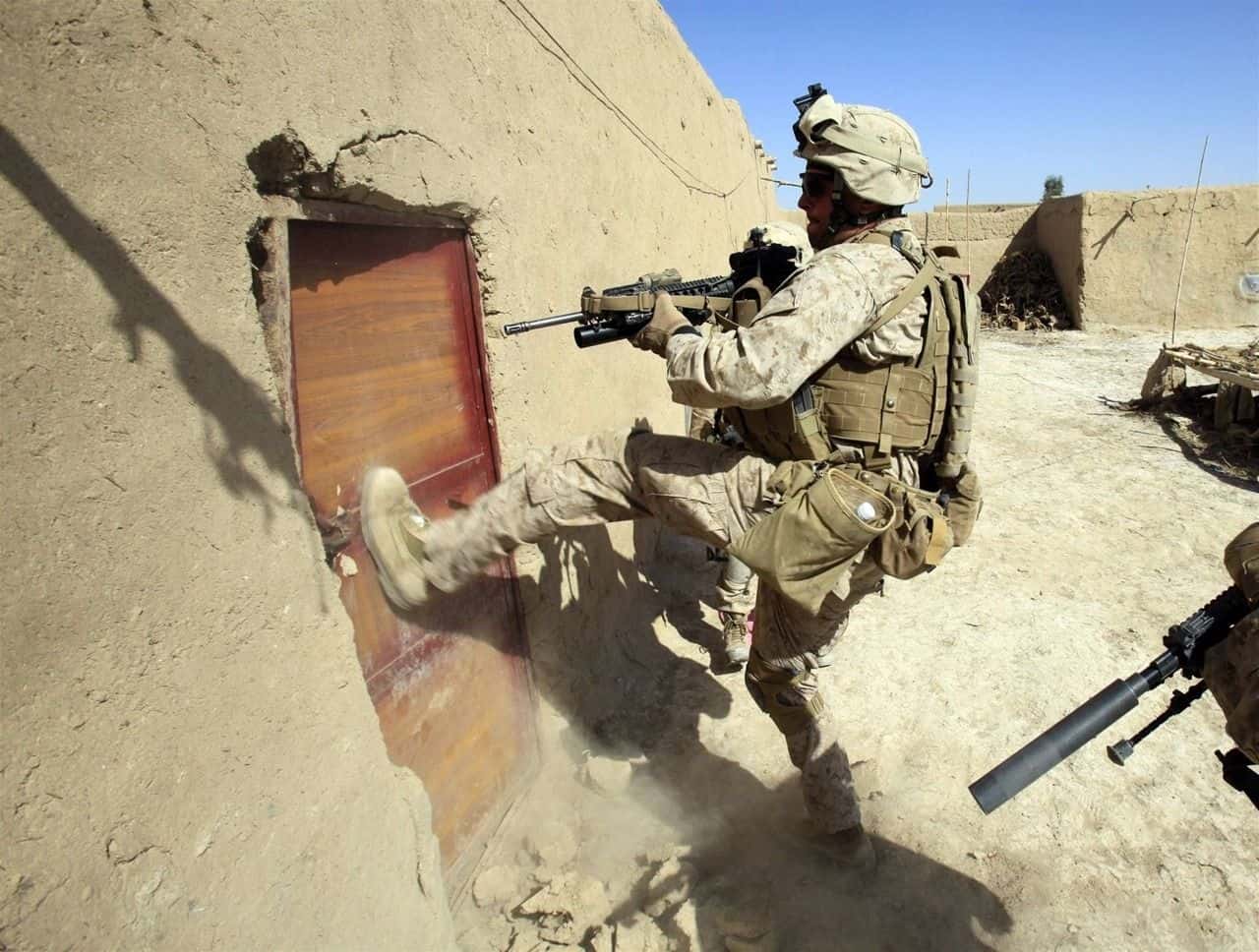