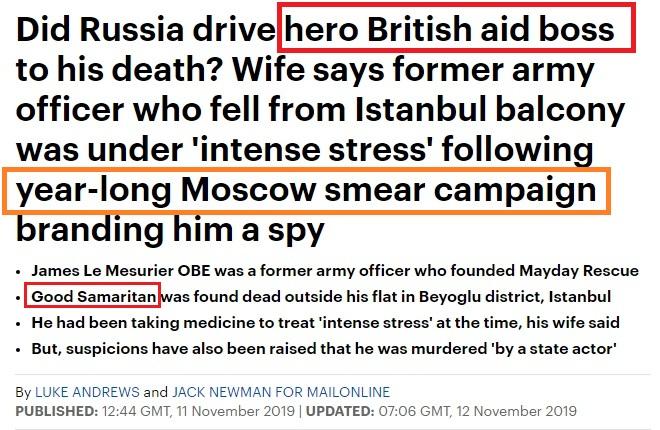 This is some kind of brilliant.

What do you call someone who’s literally getting paid to fabricate dirt so a gang of the richest countries in the world has the pretext to bomb one of the poorest? Obviously “Good Samaritan” and “aid boss”.

Likeliest cause of death? Obviously forced marched to suicide by mean Russian tweets. Because if there’s one thing former British army officers and Knights of the Empire can’t whitstand is a Russian tweet.

Daily Mail editors…I take my hat off to you.