“I need you to be my apostles.”

we start here as governor “never elected” proves once more that those who least earn the big chair are often the ones that feel most entitled to abuse its power once seated.

first we hear this:

“the vaccines are from god.”

“there are people out there not listening to what god wants. and you know who they are.”

“i need you to be my apostles.”

NY Governor Kathy Hochul goes on unhinged religious rant, says “The vaccine is from God” and “I need you to be my Apostles”: pic.twitter.com/mdc1sPMfB2

leaving aside the horrifying idea of governors with apostles spreading the good word because they know precisely who is not following “god’s plan” (which always works out super well) we then lurch into this:

“no religious exemptions” because “the leaders of all the world’s religions have said there is no legitimate reason.”

um, now call me a “catbox lawyer”, but i’m pretty sure this is not how the separation of church and state is supposed to work.

note that use of that little word “ALL.” “the leaders of ALL the world’s religions.”

because i do not believe you.

who for example, is the leader of world judaism and speaks for every last jew?

how about the global quaker pope?

or perhaps the archbishop of buddhism or shinto or zoroastrianism?

who precisely spoke as “the leader of all muslims on earth” here?

who spoke for all protestants and evangelists and baptists?

this claim is farce.

what she’s describing is not even possible, much less plausible.

and that is a simple, undeniable truth.

she’s taking the religion of a select few and using it to deny rights to others.

what are we to call that if not a “state religion”?

this violates every fundamental tenet of american religious freedom. it invokes the idea that Herself, the anointed governor of zero votes, knows not just the will of her god, but ALL gods and speaks in one voice about what they permit and approve of.

the idea of religion as a personal practice or as a covenant between the individual and their god free from “organized leaders” never even occurs to her.

she invalidates the whole idea through specious and self-referential argument.

she dismisses the concept of individual conscience and relationship with the divine entirely.

at least she didn’t go so far as to “other” and vilify the unbelievers. oh, wait, that’s EXACTLY what she did.

i am not a religious gato. my objections to vaccine mandates lie elsewhere in the roots of liberty, personal agency, and an inalienable right to self-determination and bodily integrity.

but i do have some religious friends and their relationship with their own spirituality, the still, small voice of their morality, and their connection to whatever higher power they choose is their own business.

it’s none of the state’s.

such interference is unconstitutional, immoral, and outright dangerous.

when the state starts claiming it knows the will of god, don’t walk. RUN.

there is a reason our founders were so incredibly clear on this topic.

you do NOT want a hands-on reminder of what it was.

go forth in implacable peace and hopefully in wisdom.

plohoi koshka repeats what Paul Feyerabend observed: “amerikans fetish science: in amerika it is the most aggressive and dogmatic of religions that like all others should be separated from the state”

In America there is no legal constitutional separation of church and state. The only constitution that was written in was the USSR.

In America like everywhere else, man has elevated himself above God. In a letter written by Jefferson,,, IF my memory serves,,, the separation of church and state was mentioned but in a different way.

The state is/was not to interfere with Gods affairs in any way!

Which coincides exactly with the first amendment.

All the founders in government at the time were extremely religious and therefore never ever would have said God shouldn’t interfere in state affairs.

No way! Pure horse hockey that even that most ardent evangelical Christian has been indoctrinated to believe.

As God is King of the Earth and Heavens He has every right to interfere in state affairs. That’s what Kings do! Yes?

The demon at the helm in New York is an apostle for the god of the underworld. They are slithering out from under their rocks in all parts of the world. The vaxx is the poison used to collect souls.

Finally in America, science is at best a tertiary god,,, money IS the primary god to most.

The enemies of God consider the whole New Testament “inauthentic.” So what? Do not be fooled…God is not mocked.

I consider you the most inauthentic poster.

God creates free will not freedom

Exactly! “Freedom” is a lie and the only freedom the Constitution guarantees is freedom from God’s influence.

“Congress shall pass no law with RESPECT to an establishment of religion.”

Not only does this mean that there will be no state “Religion” but it means no law can be considered if it is rooted in religion. So God and His Law and Morals are forbidden in the U.S. Government. And with a Godless government you end up with no freedom of religion, which is blatantly evident at this time.

The U.S. is the only country I know of that specifically eliminates God in it’s Constitution.

Also the idea that democracy means freedom is a Satanic lie. Just like the false claim that all men are created equal.

It’s hard to accept the truth when you’ve believed a lie all your life.

The first amendment forbids legislation based on God.

The only thing that matters in a contract is what’s written in that contract. The founders wrote what they wrote. What they claim they thought doesn’t annul that.

We are now seeing it come to full fruit and it should be obvious to anyone who doesn’t have their head in the sand or is to indoctrinated to see truth.

It means JUST what it says… “Congress shall pass no law”-which they have never done. It has no other extraneous meaning (like you imagine). Opinions are superfluous.
The 10 commandments are etched in the stone of the Supreme Court building. Congress passed no law build it nor prohibit it.

If the supreme court was worried about the Ten Commandments then they wouldn’t let them be broken all the time.

But seriously, even a retard can see the shape of our government and by extension our society is in because of the Constitution.

Have you ever heard the phrase “You will know a tree by it’s fruit.”?

ken, you’re absolutely right, and I agree 100%. NY Governor Kathy Hochul has NO authority whatsoever to declare a state religion. Under God, we’re all free, and God’s the King of Earth.

The satanic pedovore filth and MK Ultraed morons pushing the covaids death squirt are beginning to lose it. They know once the Dark Winter phase kicks in, as the bulk of the herd goes belly up, there will be a hell of a lot of angry mutton intent on taking some filth down with it before they themselves and their spawn snuff it. The sense of betrayal is already palpable as the sheeple finally start to express their doubts and mistrust for the scamdemic which lead them to gleefully and willfully poison themselves because their “leaders” conned them with lies, promises and threats. When the herd stampedes (and it will) we will see a real epidemic of revenge murders and attacks against the entire system that is involved in this global genocidal cull of the sheeple that were too lazy, gullible or dumb to inform themselves.

Evolution is a harsh master and a dirty and merciless business and as we know life does not give a rat’s ass who lives it and even less for those that blindly throw it away.

One mistake and you are out…permanently.

YOU are the disease, their covaids death squirt the cure.

EFFECTS OF THE COVID-19 JAB- INTERVIEW WITH DR. SUCHARIT BHAKDI

If you think you know what their death squirt is you will be even more shocked to learn the grim reality that Dr Bhakdi explains in a very comprehensible way for the lay man.

They need to keep the ovens constantly burning now hence the children must be poisoned ASAP because after this Dark Winter the remnants of the covaids death squirted herd will finally grasp what has happened. When the betrayed and decimated sheeple finally stampede there will be global terror of a kind that humanity has never before witnessed.

Not His Apostles but MY Apostles.

Those New Yorkers sure know the Ones to elect!

For sure the inmates are running the asylum.

This is getting hilarious,,, but nasty!

Talmud became law of the land when you let Jews get away with 9/11.

Well, New York, you elected her so you’re receiving exactly what you deserve.

“there is no functioning democracy in amerika. it is an oligarchy where political bribery determines the nominations and selections of all presidents governors senators congress members”. Jimmy Carter
as Seth Ackerman demonstrates election laws in USA only exist in dictatorships like Azerbijian

Wrong! This is exactly what you get from democracy. Especially a democracy based on a Constitution that absolutely rejects God from governance.

I agree, and I tend toward a representative theocracy.

What we need is direct democracy. Get rid of representation as this is archaic and leads to much corruption.

Though direct democracy would be somewhat better in the end it wouldn’t matter because the framework is flawed.

You see, when you remove God’s law from government then it will degenerate and fail no matter how it is structured.

So you’re up for propaganda driven, insane, hysterical mob rule?

Likewise she has dropped the facade of being something other than a megalomaniacal despot.

Bon appetit New Yorkers
as more of her slop is *force fed* to you.

I would think, that this statue is in front of the entrance to that Church ? 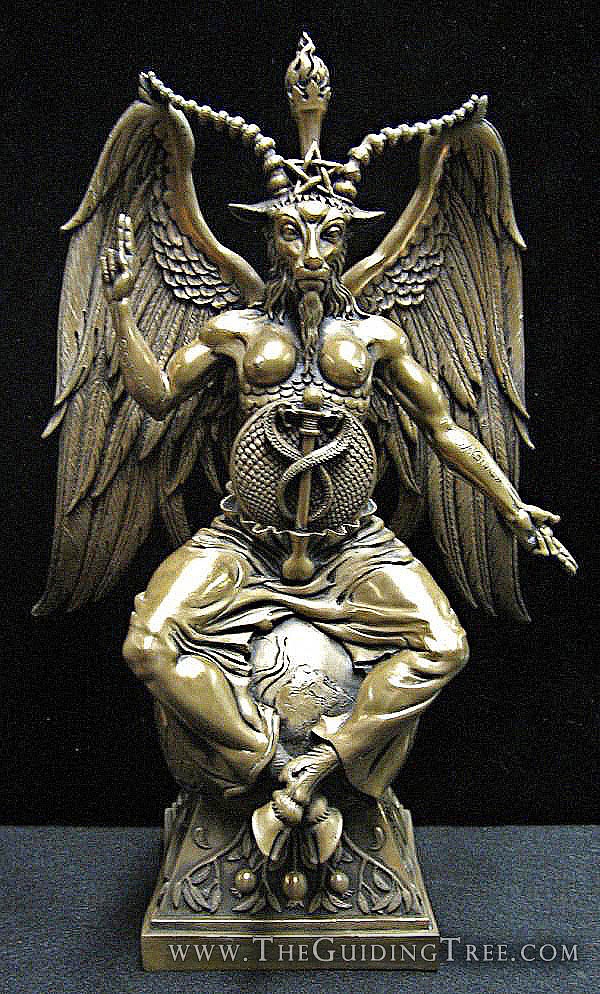 This stupid b…. did enough damage to Buffalo, now she is doing it to whole NY State

If true it is only people who participate. But then that is true of most of these schemes.

Those of us who follow Yahwh’s rules don’t have to worry about people injecting us with microchips or nano particles.

Just like those who follow Yahwh s law don’t have to worry about catching AIDS or any other number of illnesses.

She’s got a tough road to hoe if this new religion is going to replace Holocaustianity as the state religion.

Rev_9:21 “Neither repented they of their murders, nor of their “sorceries”(PHARMACIES),…”

I thought we already had a religion in the political forum. It’s based on pedophilia, child sacrifice and satin.

The prostitutes are in Hollywood. Politicians are demagogues.

Our Constitution guarantees we will be run by demagogues.

An utterly misguided person. She doesn’t even question , why, people who are vaccinated should be afraid of the unvaccinated.? She is another ignorant democrat.