Czechia Supposedly Had a Mask Lesson to Teach the World. Now It Leads the World in Deaths per Capita

Okay lesson learned, just not the one they wanted us to 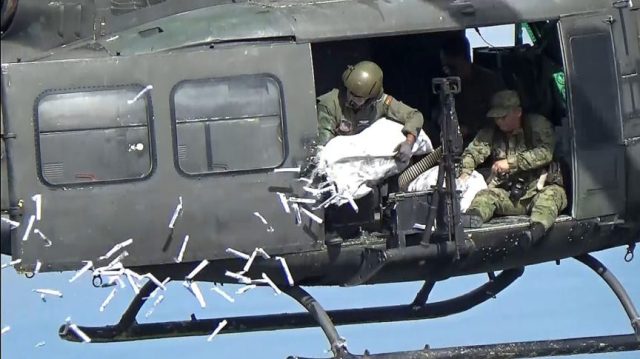 Related: The Poster Child for Lockdown Now Has One of the World’s Highest COVID Fatality Rates of the Autumn Wave 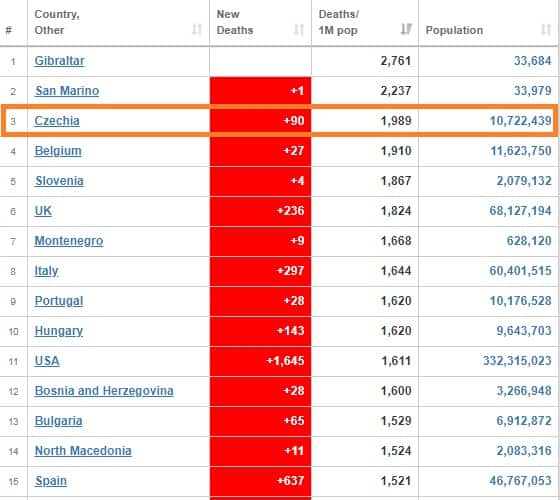 For whatever reason, the first COVID wave spared Eastern Europe almost entirely. Rather than admit this was something we didn’t really understand why it was so, parts of the media decided to assign the cause to the hocus pocus of face diapers.

Which begs the question, why didn’t the cute germ incubators save the day again when the second wave hit in the fall and Eastern Europe begun its climb to fill out the ranks of the worst-hit countries in the world?

In fact Czechia has gone to such extreme in its muzzle worship it is mandating double masking, but not even this is helping. The mask god has abandoned it.

There is no question that the Czech Republic’s remarkable progress on COVID-19 was the result of requiring an entire society to wear face masks.

Anyone interested in a real world case study on the extraordinary effectiveness of face masks in suppressing the spread of the coronavirus need look no farther than Prague. In this capital city of 1.3 million, among the first in Europe to decree mandatory universal mask-wearing almost four months ago, life has now returned to normal.

All of Prague’s shops, restaurants, schools and offices are open, and the government has lifted the last remaining restrictions on large public gatherings. Commerce is flourishing. Face mask-wearing has all but disappeared.

The city recently celebrated what many here see as the end of the pandemic with a giant open-air dinner for 2,000 people clustered around a 515-meter-long table spanning the historic Charles Bridge — with no masks and no social-distancing.

How did Prague achieve this success? And what does it mean for countries like the United States still struggling to bring down surging infection numbers?

At the beginning of April, I wrote an op-ed for USA TODAY describing how, as an American living in Prague, I was astonished to observe the remarkable transformation of this country, virtually overnight, into Europe’s premier model of social discipline in wearing homemade face masks.

Czech leaders, including the prime minister, interior minister and health minister, set a proper example by wearing masks, appeared on television to urge the nation to make this collective sacrifice. The government widely circulated a persuasive video articulating the philosophy of “my mask protects you, your mask protects me.”

People responded positively. Masks quickly became a symbol of shared commitment to the battle against the pandemic. Through March, April and most of May, only a small minority, perhaps 10-15%, could be seen without face coverings in the streets of Prague.

Within two weeks of the government’s mandatory face mask order in mid-March, the daily number of new coronavirus cases dropped throughout the Czech Republic. In Prague, which had been the initial epicenter of the country’s virus outbreak, daily new infections fell into the double digits (and often the single digits) in April.

Despite two localized outbreaks in an eastern province in recent weeks that raised the national numbers, the infection rate in Prague has remained statistically negligible, averaging only 16 new cases per day since the beginning of April.

In retrospect, there is no question that this remarkable accomplishment was almost entirely the result of requiring an entire society to wear face masks. None of the other emergency measures adopted by the Czech government at the outset of the crisis — stay-at-home orders, business lockdowns, border closures and recommendations that citizens practice social distancing — had anywhere near the impact of the face mask requirement.

Within the first few weeks, it became apparent that the streets and parks were once again full of people and that Czechs, who are among Europe’s most enthusiastic social beer drinkers, were actually not very good at physical distancing.

Even the coronavirus testing and contact tracing efforts here were lackluster. Tests have been readily available to anyone who felt sick or feared exposure, but the government never pushed for widespread testing of asymptomatic people. The Czech Republic ranks only about 50th among world countries in testing per million. And the system for rigorously tracing the contacts of those who had tested positive never really got off the ground.

From a public policy perspective, it is clear that Czech leaders placed all of their hopes and trust in a gamble that mandatory face mask-wearing would be the “magic bullet” in the fight against COVID-19, and they seem to have been right. Today, the Czech Republic, home to about 11 million people, has one of the lowest per capita death rates in Europe. The U.S. per-capita death rate from this disease is 12 times higher.

Prague faces challenges ahead.  The reopening of borders to tourists and the end of the mask requirement could lead to new outbreaks. By removing all remaining restrictions, Czech leaders could be leaving the country vulnerable to a second wave.  But so far, this city is thriving in its post-pandemic euphoria.

Our experience in Prague offers three important lessons for Americans.

First, embracing a serious, no-nonsense attitude toward universal face mask-wearing can end the coronavirus nightmare quickly and make all the difference in getting lives and livelihoods back to normal.

Third, courageous and clear-eyed government leadership from the top is vital in setting the tone for a disciplined, society-wide approach to covering mouths and noses for the common good.

Sadly, viewed from this side of the Atlantic, America has a long way to go.