Cuban Protesters Waving US Flags as ‘Symbol of Freedom,’ I Have Bad News for You – It Now Stands for Snitch Nation

There is a special kind of irony at work when Cuban protesters demanding “freedom” are waving about American flags, while in the actual US, the government is rolling out retro-style repression in the name of Our Democracy.

Large anti-government protests over the weekend saw Cubans chanting “freedom, food, vaccines.” The government blamed US “meddling” and decades-long blockade. One video from the protests showed someone holding up an American flag, prompting a Cuban-American commentator to declare, “Never forget what America represents to millions across the world.”

This is deeply moving.

Watch as Cubans wave the American flag while marching against the island’s 62 year-old communist dictatorship on the streets of Havana.

While some Cubans may think the US is a bastion of freedom based on the images and narratives that reach them from Miami, it’s not clear what is the excuse of many Americans who believe so in the face of observable reality.

Over the same weekend, conservative columnist James Bovard was out for a walk in a park near Washington,DC when he was warned – by men who looked like plainclothes police – that “photographing landmarks and the police are two warning signs of terrorists.”

“Having a scruffy beard is a third warning sign,” the impressively bearded Bovard replied, and they nervously laughed it off.

After I stopped to photograph the Park Police car that had followed me on the C & O Towpath, a plainclothes cop sez to me: “You know that photographing landmarks and the police are two warning signs of terrorists."… https://t.co/a9CQub4mUx

It wasn’t a laughing matter, though. On Sunday, the FBI tweeted out a call for “family members and peers” to “spot suspicious behaviors and report them” in order to “prevent homegrown violent extremism.”

The actual resource they linked was barely repurposed from the Bureau’s playbook for countering Islamic State terrorists. The machinery built to wage the “global war on terror” has now been turned on the domestic population –  just as journalists like Glenn Greenwald had warned back in January.

This was right after the January 6 riot at the US Capitol. In the narrative of Our Democracy – which has apparently replaced the old American constitutional republic – that was an “insurrection” and the greatest threat to government ever. People who believe this – and they’re firmly in charge in Washington, even if the rest of the country may be slipping through their fingers – don’t care that facts go against their narrative. They’re determined to secure the power they worked so hard to “fortify,” after all.

The FBI’s call for family and friends to snitch to the government has been compared to the East German Stasi and its tactics, or the Soviet KGB. The resemblances are indeed spooky. Add to this the role of the US intelligence community in the “Russiagate” conspiracy theory – and sabotage of an elected government based on it – and the picture becomes, well, alarming.

It’s not just the US government being shady, either. Last week, Facebook started warning users about possible exposure to “extremist” content. What qualifies as such content? It can be anything, really, as the Menlo Park behemoth is keeping its definition vague. When you consider its founder and CEO Mark Zuckerberg spent hundreds of millions to “fortify” the 2020 election, though, it’s not hard to guess.

Our Democracy is such a paragon of freedom that the same people who howled about walls and fences being immoral and evil quickly put up a barrier around the Capitol after the January 6 riot – and kept it there for six months. The same people who denounced the calls for the National Guard to quell the deadly 2020 riots brought 25,000 troops to secure Joe Biden’s presidential inauguration. The last of them didn’t leave until late May.

All of these are tactics the US has itself denounced, as emblematic of systems that Washington had spent the better part of the XX century actively fighting around the world – including in Cuba. A special kind of irony, indeed.

After being locked down, forced to wear face diapers and many now being forced to take inoculations by these very government(s) one would think that last thing they’d want to do is claim that government extols the virtues of those that founded it.

The parades,,, motorcycle rallies,,, the speeches, all extremely disheartening.

All they get is the propaganda

This is the flag they need. They used it in Europe when the Berlin Wall fell. Its the flag of secession. Secession is the ultimate antidote to government tyranny. If states can secede, then cities and towns and even individuals can secede from despotism.

NOBODY waved the Confederate flag when the berlin wall fell. They waved the west German flag of course. You Americans don’t have freedom, the people of the GDR know that better then most. 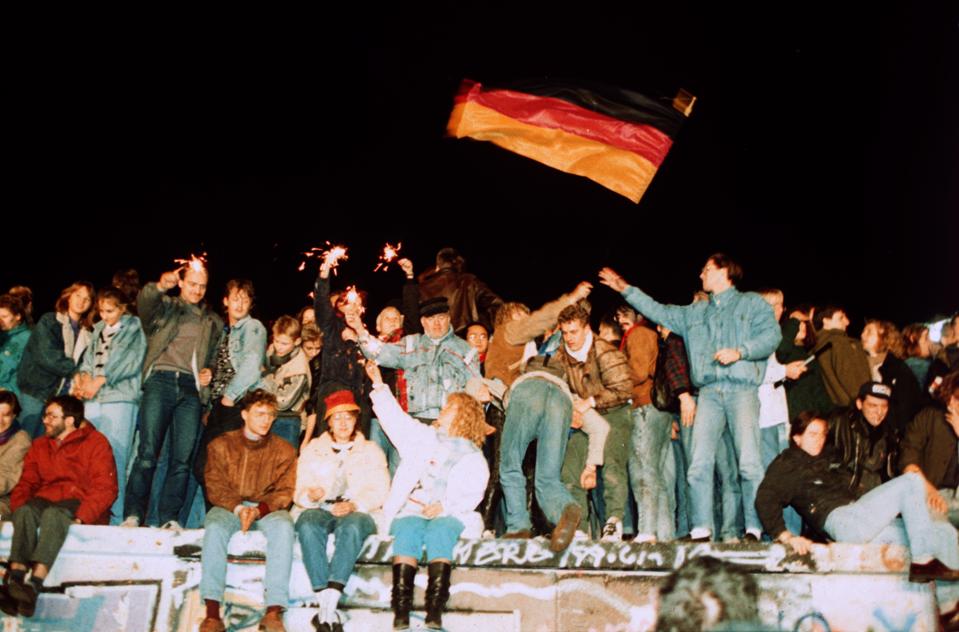 You are wrong, sir. Go to DuckDuckGo and do a picture search by typing in “Berlin Wall flags.” It definitely shows a crowd waving a confederate flag at the Berlin Wall.

Germany is still today after so many years a slave nation to America. We are not free either.

CIA supplied US flags to the protesters against the Cuban state. No surprise there.

You mean against the mob family that runs that slave factory/plantation?

Perhaps they want to join the slave nation which is America.
Pay taxes and all you get in return is war.
This is again a colour revolution.

I guess stillbeing taxed at 20-30% and being frustrated at your gov’t imperialistic vices is better than being a literal slave (basically a 100% tax) and basically not able to speak out at all. Stop your illusions about the Cuban slave plantation. It’s a open air prison.

The children on my bus aren’t even taught in school what July 4 means.
There is a total disconnect, I can’t see us going further in the future.

July 4 means NOTHING any more! Independence disappeared with the arrival of the zio fascists!

Clearly, FLORIDA (Thanks De Santis), plus some other red states, are the real bastion of freedom. Not the entire US…

“Never forget what America represents to millions across the world.”

I suspect that to millions in Iraq, Syria, Afghanistan, Nicaragua, Venezuela, Vietnam, North Korea, Congo, Libya, and a dozen other countries, America represents death and destruction.

10 years down the road, all Cubans will realise that they were screwed up, and the working class will be much worst off than today! Who wants there regime change? Only greedy,parasitic jews!!!