COVID Lockdowns Are Our Vietnam Quagmire 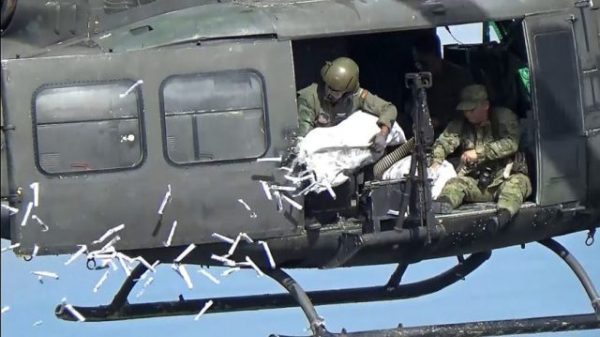 Most scholars agree that America’s involvement in Vietnam was an unmitigated public policy disaster. In 2020, a new standard for monumental government failure has been set: our public policy response to the coronavirus, which has resulted in the establishment of a state-run religion of mandatory social distancing, a tyrannical public health police state to enforce it, and a never-ending “state of emergency.” The similarities between our misguided responses to Vietnam and the coronavirus are striking.

Our military action in Vietnam also began with a “state of emergency,” leading Congress to adopt the Gulf of Tonkin Resolution, which effectively launched America’s full-scale involvement in the Vietnam War. Vietnam is also regarded as the quintessential example of the dangers of groupthink, when President Johnson’s advisors refused to question a course of strategy and consider alternatives rigorously. Psychologist Irving Janis, who developed the concept of groupthink, based it on an analysis of President Johnson’s famous Tuesday lunch group of top-level advisors.

In March 2020, the same type of groupthink emerged regarding the virtues of unprecedented, deviant, and destructive “nonpharmaceutical interventions.” “Fifteen days to flatten the curve,” “Stay home/Save lives,” and “We are all in this together” were sold to us as patriotic acts, espoused by even the most devout conservatives, who would normally oppose overt government theft of property, services, and economic, personal, and religious liberty. Those who questioned the virtues of quarantines and lockdowns were vilified and censored from mainstream and social media as purveyors of misinformation or conspiracy theorists.

Mission creep was also a major factor in America’s involvement in Vietnam, leading to the rapid expansion of troops on the ground and bombing on a massive scale. In the “war” against the coronavirus, “15 days to flatten the curve” is morphing into 15 months (at least) to fully eradicate the virus. The endgame seems to be a quixotic dream of zero-Covid. Infectious disease experts are already warning us that vaccinations will not be enough to return us to normal.

Mission creep is often associated with willful distortion of information on the part of government officials. The intellectual architect and high priest of our state-run religion, Dr. Anthony Fauci, recently admitted that he has been lying to us about herd immunity, in order to manipulate our acceptance of coronavirus vaccines.

For many months, he cited 60% to 70% as the level of Covid infection/vaccination the country would need to achieve herd immunity. However, in an interview last week with the New York Times, this condescending, insufferable master of legerdemain admitted to slowly, but deliberately, moving the goalposts, until “the country is finally ready to hear what he really thinks.” This scientist is “following the science,” but unfortunately, it is political science.

Inaccurate statistics also played a role in faulty decision-making during the Vietnam conflict. General Westmoreland’s beloved “body counts,” or the number of enemy killed, wounded, or captured during an operation, were routinely overstated to overestimate progress and enhance funding and support for the war. In the Covid-19 context, both “cases” (overwhelmingly either asymptomatic or with mild symptoms) and deaths (with the virus, not of the virus) are overstated, to increase funding for the “war” against the virus and to magnify and prolong the “state of emergency.”

The same scientists from Imperial College London whose wildly inaccurate models stoked panic in March and April are wreaking havoc once again, with dire predictions of a “new strain” of the virus. This has prompted more severe lockdowns and travel restrictions in several nations. At the same time, recent studies showing how rare asymptomatic spread of the disease is (e.g., from the University of Florida) are virtually ignored by the media and politicians.

Another similarity between Vietnam and the coronavirus is that our politicians have once again fallen into what economists call the “sunk cost trap” and what psychologists refer to as “escalation of commitment.” In our courses, we teach students that decision makers should ignore costs already incurred and only pay attention to future or prospective costs.

During the final phase of the Vietnam conflict, many supporters of America’s military involvement invoked the following logic to support this policy: Since the U.S. had invested millions of dollars and thousands of soldiers had perished, any U.S. withdrawal without achieving its objectives would waste these significant sacrifices.

In a similar vein, politicians have invested substantial time, energy, and resources in promoting lockdowns (while simultaneously promoting themselves) and have deluded themselves into thinking that lockdowns are effective. Even conservative politicians have succumbed to this sunk-cost fallacy. They have already made a substantial “investment” in mandatory social distancing policies, even though the social costs of adopting these policies are enormous and large enough to offset any benefits from adopting draconian policies to “flatten the curve.”

In the United Kingdom, Prime Minister Boris Johnson initially said that Britain must “take it on the chin.” Now he claims that under no circumstances can the Brits “throw in the sponge.” Meanwhile, the website collateralglobal.org, inspired by the Great Barrington Declaration, which promotes the common sense/rational approach of “focused protection,” displays the data and numerous scientific studies that show the lockdown “cure” is much worse than the disease.

As during the Vietnam conflict, the poor and working class are the ones bearing the brunt of the cost of waging the war on the coronavirus. As Professor Sunetra Gupta of Oxford, one of the three co-authors of the Great Barrington Declaration, is fond of saying, lockdowns are a luxury of the rich. The elites and the professional class are comfortably shielded from the economic and psychological napalm of quarantines, lockdowns, and “reopenings,” while the working class, many of whom are “essential workers” and own or work for small establishments, will be nursing their wounds for many years to come.

The quagmire of Vietnam was also prolonged because there was no well-defined exit strategy, until President Nixon formulated one. In our current coronavirus quagmire, political leaders have also failed to outline an explicit exit strategy. We can’t expect the public health police state to voluntarily relinquish their grip on power. Similarly, governors and mayors who are being bailed out by taxpayers are also reluctant to cancel their hour-long press conferences. Infectious disease experts and other public health officials have never been so adored by the public. Their budgets have risen, and at the same time they are destroying our economies and societies and abusing our children. They have become the new generals loving the sweet smell of napalm in the morning.

Despite the similarities, the public policy response to the coronavirus is worse than Vietnam for one key reason: its pernicious effects on the young and future generations. During the Vietnam War, children did not serve on the front lines. Thanks to the public health police state, lockdown politicians, and teachers unions, children have been forced to sacrifice needlessly for the elderly.

Many of our children have been out of school since March, with no end in sight until everyone is “safe.” They must stay at home under house arrest so they can serve as unwitting subjects (like the rest of us) in our ongoing deviant social experiment. There is no doubt that our children’s future and the quality of their lives have been sacrificed to conduct this experiment.

Lockdowns have been especially hard for two types of children: (1) those from lower socioeconomic backgrounds, who live in cramped conditions in blighted neighborhoods and are victims of the “digital divide,” and (2) autistic children and other special needs kids. For many poor kids, schools, public libraries, and public park facilities constitute a welcome refuge from the turmoil, chaos, and potential abuse they may experience at home.

Stay-at-home orders for such children severely limit their much-needed access to these facilities, as well as social services, counseling, and extracurricular activities. It also makes them much more vulnerable to recruitment by gangs and organized crime, since employment opportunities are now extremely limited. Autistic and other special needs children have been especially hurt by the lockdowns, since they have severely limited access to treatment, as well as in-person education.

As suffering from the lockdowns mounts and states launch new lockdowns in response to “surges,” there is growing resistance. People are starting to question the failed strategy of lockdowns, much as they questioned the wisdom of LBJ’s Vietnam strategy. While nonviolent protest is certainly warranted, especially when it comes to the pressing need for our children to return to school, we need an end to the “state of emergency” that enables governors and mayors to lock us down in the first place. Note that these governors and mayors are locking down businesses and educational institutions that are complying with onerous Covid-19 regulations.

The evidence is clear that lockdowns are ineffective and highly destructive and yet, to quote the feisty Lt. Gen. Russel Honoré of Hurricane Katrina fame, our political leaders are “stuck-on-stupid.” Thus, it is time to resist lockdowns, much as citizens resisted during the Vietnam era. Resistance to lockdowns should occur along several dimensions. The first step is for legislators to rein in the power of governors to issue executive orders to shut down businesses. Such powers emanate from the permanent “state of emergency” that has existed in most states since March. In Arizona, State Senator Michelle Ugenti-Rita is seeking to end Government Ducey’s Covid-19 emergency declaration. She states: “We can deal with COVID-19 in a thoughtful and meaningful way without being under a perpetual state of emergency.”

Simultaneously, nonviolent protest against the most unreasonable restrictions, highlighting the toll on our children, is also warranted. The courts must also constrain the executive power of governors and mayors. While supporting lawsuits against shutdowns is vital, we also need to highlight and share human-interest stories on social media of those who suffer from lockdowns.

If these heart-wrenching stories go viral, the mainstream media is more likely to cover them and the politicians will begin to turn on their own experts. This is exactly what happened in Israel recently, when the farce of forced quarantine in coronavirus hotels for all who return from abroad was quickly overturned by the Health Minister. The infectious disease experts that recommended this draconian policy were embarrassed and soon after, overruled.

Our leaders need to understand that we want to return to normal as quickly as possible, especially given that a significant percentage of the truly vulnerable population will be vaccinated by the end of March.