COVID Death Cult Buries Skate Park in Sand, Human Life Digs It Out — Which Side Are You On?

The Bolsheviks famously razed churches and executed priests. Stalin famously razed Moscow’s Cathedral of Christ the Savior in whose place Khruschev built a swimming pool. Mao’s Red Guards during the Cultural Revolution went a step further and targeted, not just buildings of sacral significance, but anything that was old and a reminder of pre-revolutionary times.

The COVID Rouge have not yet gone to the quite the same lengths. Churches have not yet been razed, albeit the little clergy that has not bent the knee to the COVID millenarian death cult and continues to hold services is harrassed and shamed as are the attending faithful.

Skate parks, on the other hand, have not fared as well. Throughout California the COVID Rouge has been burying them in sand:

Apparently 37 tons of sand was dumped on this particular park in Venice Beach, Los Angeles and the COVID Cultural Revolutionaries thought that was that.

Except human life showed up, and now used it as a dirt bike track, and cleaned out parts of it and restored it to its previous use:

Damn they’re actually shoveling it all out to make it skateable again pic.twitter.com/4LPw1Scy7Z Amazing what you can accomplish when you’re not afraid to leave your house. Nothing could illustrate the difference between us and the oppressive COVID cultists better. One is the side of death, misery, superstition, mob rule, irrationality, fear, lashing out, tyranny, cowardice, mass psychosis, deference, bootlicking, destruction and vandalism. The other the side of life, civilization, freedom and resurrection. One is the side that bulldozes skate parks, the other the side that digs them back out.

They should have a few leaf blowers or air compressors with them – make it a two fer and do some sandblasting.

so you accurately called it a ‘death cut’ five months ago, long before BLM is now exposed as black magic cult

Until they get trapped between you and whoever is bullying them, who has vast seniority over both of you. Then people like you start dying in unexplainable helicopter crashes.

Understand just how FAKE Trump is in this contrived crisis. While he PRETENDED to oppose COVID and the WHO. he turned around and FUNDED Gates GAVI group with 8 BILLION dollars to force a vaccine on YOU!! https://www.youtube.com/results?search_query=trump+gavi

I’m on the skaters side.

Be honest with all of you in the ” great” U SAtan: we the Europeans don’t give a damn about the zionist U SAtan! On the contrary, we will rejoice when your zionist,warmongering and inbebted ” empire” on clay feet colapses! Big fireworks will overwhelm entire Europe, Asia and Africa! For you are the only EVIL EMPIRE, which deserves DEATH!!!

On the contrary US Americans would still be relied upon to mount defiant opposition unlike pasteurized and complaint Europeans who revel in their house arrest.

Watch out where your pointing your finger, there are three pointed back at you.
The fucken zio EU is as DEMONIC and as zionist as it comes.
Just as fucken evil as the US, just couched in better “feel good” Orwellian EU COMMUNISM.
If the US goes up against the wall, The UE and UK should be standing shoulder to shoulder.
Lets be honest now.

What about Israel?!? It isn’t an empire, but it is joined at the hip with its big brother, US..
Glad to know that American citizens’ lives are so unimportant to you….but does anyone really care what your personal likes and dislikes are? Truly?

Israel is an empire, and it’s vassal state is the U$. Through the U$ Israel controls, and is steadily destroying the western world.

Most European countries are more draconian over this fake virus then here North America.

The true face of totalitarianism coming to a neighborhood near you. Hey back when I was with ABATE and we were fighting the Mandatory Helmet Law I said if we didn’t win they’d be pulling off shit like this though there’s no joy in being vindicated.

The only problem for them is they’ve gone beyond slow boil with this Covid BS.

How many lives to you think wearing helmets has saved? I know of one: my son!

It was the helmet NOT THE LAW! How many people has a helmet law killed because it may have obstructed the riders vision?

She didn’t mention the law.

Glad he lived, if true, still not proof the helmet saved his life. Sorry but this misses the op’s point entirely.

Not gonna disagree with the article, and raising places of worship (or any useful building) is v bronze age but, that swimming pool looked great (before my time).. If they could remove some of those useless and endless shops for it, next to the Cathedral.. :p

makes a middle aged heart happy to see humans not covering in fear.
the narrative is cracking up, they cant control everyone and i think/hope this makes the self proclaimed “elite” lose sleep..

Reminds me of “Grapes of Wrath” movie where a neighbor bulldozes down his neighbors house saying he needed the money.

This was destruction of public property. Where are those armed badged thugs?

Absolutely shows the whole virus shebang is a sham.

The armed badged thugs probably had the vandalism done as a public health measure.

Best “report” of the day/week/month that I have seen.
FANTASTIC. Love to see the People being Human.
The 20% who will not cower, or be afraid, and will not pay attention to the sheer idiocy of the Govt/Corp/Media anti-Human instructions. 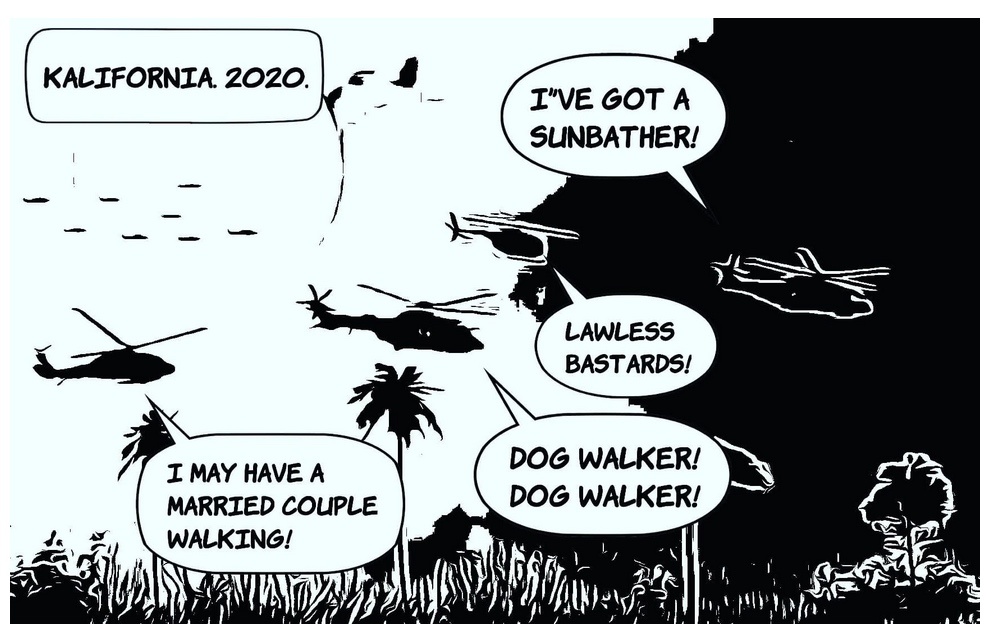 But the rioters and looters have impunity.