In front of her children

In a grotesque act of authoritarianism, Australian police have arrested a pregnant woman, in her own home, after she posted an anti-lockdown event on Facebook.

Meanwhile, in Melbourne…
Pregnant mum arrested in front of her children & all her devices/computers seized because of a Facebook post about a proposed lockdown protest..
pic.twitter.com/CuFyQzwxHp

In a video of the arrest, a visibly distressed Zoe Buhler, 28, is handcuffed in front of her partner and children. She is told their laptops and other devices will be confiscated. She has now been charged with ‘incitement’.

Buhler is the fourth person to be arrested and charged for incitement in the state of Victoria in the past few days, as police try to clamp down on anti-lockdown protests.

Freedom and democracy are disappearing in Victoria. Its capital, Melbourne, currently has an 8pm curfew in place. Residents breaching it can be fined $5,000. The state parliament’s lower house has also closed completely.

And it’s not just in Victoria that basic rights have been suspended in Australia. Astonishingly, Australians currently cannot leave the country without permission.

Civil liberties have been shelved in a previously free country. This is the dangerous road lockdown hysteria can lead us down. 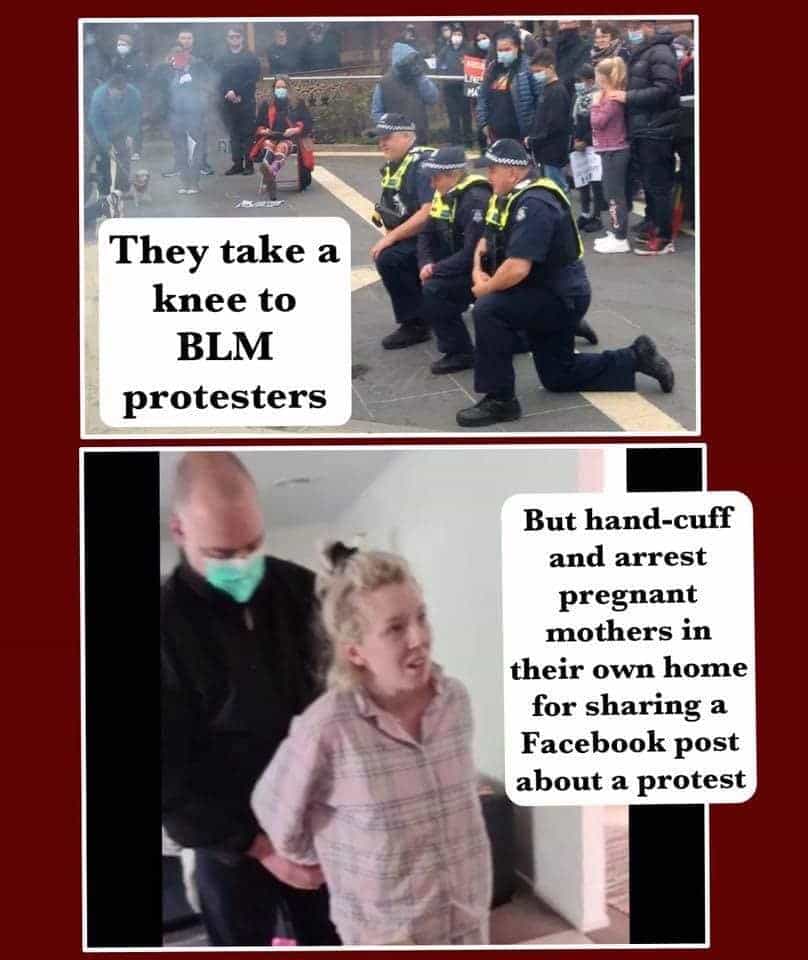