Courageous Macron Restarts the Yellow Vests Protest Movement Against Himself 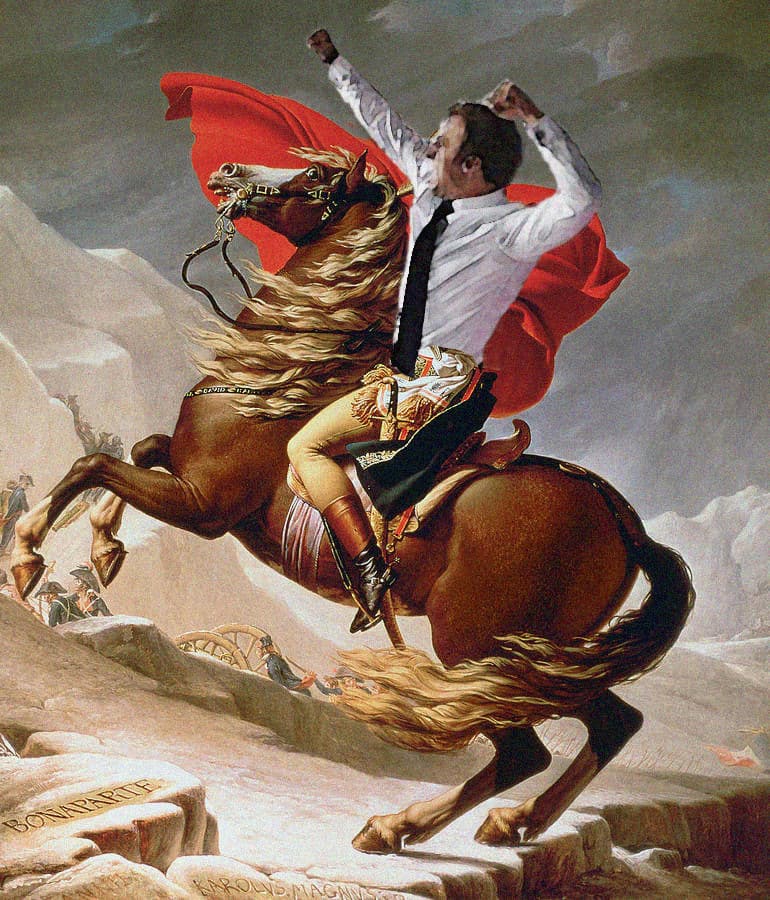 In a move with consequences that anyone could have predicted Macron has galvanized another protest movement against him. Call it the Yellow Vests 2.0 for now.

Macron had been plagued by Europe’s most resilient protest movement for most of his mandate but caught a lucky break with COVID-19. The  Mind Virus of 2020 allowed him to decree lockdowns which also took care of Gilet Jaunes.

Rather than remember he owed his new-found situation as a ruler not facing weekly uprisings to an extremely unlikely gift, he went out of his way to provoke them once again by decreeing Europe’s most Draconian vaccine passport regime.

“The unvaccinated will bear the brunt of the restrictions rather than everyone…from the beginning of august, the vax pass will be needed for coffee shops, restaurants, supermarkets, hospitals, trains, buses etc…”

Why would Macron pull such a self-injuring move? A few possibilities come to mind:

Perhaps French speakers could contribute other reasons. Whatever Macron’s motivation for the virus apartheid, it has backfired already.

The demonstrators are unhappy at the decision announced on Monday to oblige health workers to get vaccinated and bring in a vaccine health pass for most public placeshttps://t.co/JEIgkYFdsz pic.twitter.com/Aq1QqFBz7E

French protesters have tried to gain access to government buildings.

Protests have been ongoing across France in response to the mandatory vaccination/passport orders issued by Macron.

Nothing on the BBC, they don't want you to know.#GiletsJaunes pic.twitter.com/4uTR1kQ6hY

The French know what to do.#GiletsJaunes are warming up, expect it to get fiery over the coming weeks, protests are planned.pic.twitter.com/rpRAdHvLGl

NOW – People chanting "Liberté" in Paris as they protest against mandatory vaccinations of health care workers and vaccination passports on Bastille Day (#14Juillet), a national holiday in France.pic.twitter.com/YrP4l0tXwy

This is AMAZING.. thousands are pouring into the train station in Perpignan, France.. to protest against medical apartheid.#NoVaccinePassports pic.twitter.com/Oa7oyvsuj4

The Paris Police throw large amounts of teargas at demonstrators trying to quell the protest in Paris, France against mandatory vaccination and vaccine passes.

The police will be the only group in the country exempt from having to have a vaccine pass. pic.twitter.com/PQKHxv5VOM

👏WOW👏 incredible scenes here in this footage sent to us we believe to be Montpelier as spontaneous protests are erupting in France over Macron's descent into madness.

huh, its almost as if there is an agenda!

Police in Paris clashed with protesters railing against President Emmanuel Macron’s plan to require a COVID-19 vaccine certificate or negative PCR test to gain entry to bars, restaurants and cinemas from next month. [And SUPERMARKETS and TRAINS and BUSES.]

Macron this week announced sweeping measures to fight a rapid surge in new coronavirus infections, including the mandatory vaccination of health workers and new health pass rules for the wider public.

In doing so, he went further than most other European nations have done as the highly contagious Delta variant fans a new wave of cases, and other governments are watching carefully to see how the French public responds.

The police fired tear gas on several occasions as pockets of protesters overturned garbage cans and set a mechanical digger alight. Some protesters away from the skirmishes wore badges saying “No to the health pass”.

Some critics of Macron’s plan – which will require shopping malls, cafes, bars and restaurants to check the health passes of all patrons from August – accuse the president of trampling on freedoms and discriminating against those who do not want the COVID shot.

“It’s totally arbitrary and wholly undemocratic,” said one protester who identified himself as Jean-Louis.

Macron says the vaccine is the best way to put France back on the path to normalcy and that he is encouraging as many people as possible to get inoculated.

There were protests in other cities including Nantes, Marseille and Montpellier.

The show of discontent took place on Bastille Day, the anniversary of the 1789 storming of a medieval fortress in Paris which marked the turning point in the French Revolution.

Among other proposals in the government’s draft bill is the mandatory isolation for 10 days of anyone who tests positive, with police making random checks, French media reported. The prime minister’s office did not respond when asked to confirm the detail.