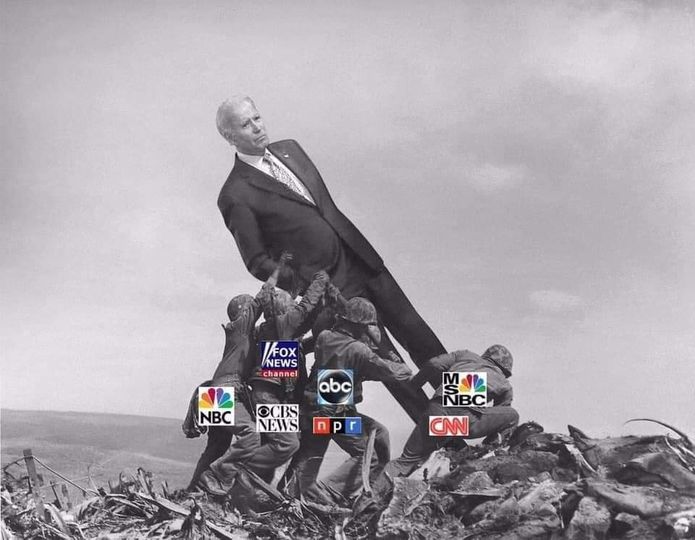 When Trump says he won the vote Twitter points out it is yet to be officially called:

I WON THIS ELECTION, BY A LOT!

But when Trudeau congratulates Biden on winning the election no such warning is forthcoming, or indeed when Biden and Kamala congratulate themselves:

America, I’m honored that you have chosen me to lead our great country.

The work ahead of us will be hard, but I promise you this: I will be a President for all Americans — whether you voted for me or not.

I will keep the faith that you have placed in me. pic.twitter.com/moA9qhmjn8

Or indeed when the media takes it upon itself to crown Biden (DNC mascot).

Of course in the grand scheme of thing neither media nor Twitter matter, but a lockstep media narrative is just a symptom of the fact the regime is unified, mobilized, and holds all the cards and that the “election” had always been a foregone conclusion.

Well, that tends to happen when you disturb the swamp but then spend 4 years not fighting it. When you are not at war with those who are at war with you, you can’t hope for anything but a defeat.

In 2016 they were blindsided and complacent, but since they’ve had years to get the fix in, which Trump spent mainly trying to appease and shower largesse on the elements of the power elite from the generals to the Israel/Saudi lobby instead of taking them on.

President Trump plays a round of golf Saturday at Trump National Golf Course in Sterling, Virginia.

Sucks for Trump Nation, many of whom deserve better, but as far as the man himself is concerned he’s paying for his limitations and his lack of follow-through on his 2016 promise he would take on the ruling class in a comprehensive way.

He had the means to shake up things in a much bigger way, and surround himself with loyal and energetic people instead of regime rats but golf, lack of imagination, and team-play got in the way.

You can’t team play with those who feel entitled to power and detest you for “usurping” it by winning a popular election with the entire regime media machinery arrayed against you.

The @nytimes has apparently deleted this one … pic.twitter.com/kMp7Pjuo4o 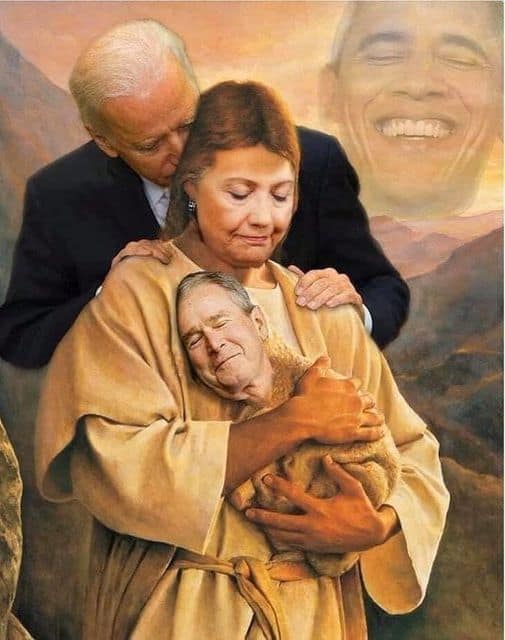