Could Facebook’s Libra Threaten State Control of Money? Congress Sure Is Acting Like It Could After nearly a year of speculation, Facebook has finally unveiled its plans to Create a Cryptocurrency Called Libra and debut in 2020. Facebook Inc.’s plans to create a new cryptocurrency that can be used for everything from commerce to money transfers is facing pushback from angry U.S. lawmakers.

House Financial Services Committee Chairwoman Maxine Waters urged the company to halt development of the token until Congress and regulators can examine it. Other lawmakers demanded hearings and questioned whether the coin, called Libra, will have appropriate oversight.

“Facebook has data on billions of people and has repeatedly shown a disregard for the protection and careful use of this data,” Waters, a California Democrat, said in a statement. “With the announcement that it plans to create a cryptocurrency, Facebook is continuing its unchecked expansion and extending its reach into the lives of its users.”

Representative Patrick McHenry, the top Republican on the financial services panel, wants Waters to hold a hearing. He said Congress needs to go “beyond the rumors and speculations and provide a forum to assess this project and its potential unprecedented impact on the global financial system.”

People knew the launch was coming. The reaction could hardly be a surprise.

The response from ZeroHedge was surprising: “What is most surprising is that she [Maxine] is, don’t shoot us, right.”

What is most bizarre about all this is that Maxine is right https://t.co/seq0IddHYP

Either you believe in free markets or you don’t.

The reaction by Congress shows the very real risk for Bitcoin.

If Bitcoin gets big enough, central banks or governments will squash it like a bug.

One of Two Things

Talk of million-dollar prices is seriously crazy. It would create mountains of trillionaires. Governments won’t let that happen.

What Can Governments Do?

Easy. If threats to current monetary systems get serious enough, governments will bar payments in cryptos or conversion to dollars. That would be the end of it.

The excuse would be money laundering, tax evasion, a need to end speculation so people don’t get harmed. etc.

In scenario 1, the valuation never gets high enough to support a regulatory crackdown. That’s a far better fate, but it does rule out nonsensical targets.

I do not know, nor does anyone else.

As with gold, people proclaiming they “know” how high Bitcoin will get are either charlatans or fools.

For the record, I actually consider cryptocurrencies a legitimate investment vehicle, just a speculative one that I choose not to partake in.

After all, Bitcoin is a free market construct. But overzealousness and million dollar hype does not serve anyone.

People will get burnt badly over this.

Some already have. Lessons were not learned. They seldom are.

Don’t mind any phony battles between Facebook and Government. They both work for the Globalists/NWO. Facebook answers to the creators of the Federal Reserve.

1. the decentralised nature of bitcoin and crypto precludes squashing – technically impossible; the code can be easily replicated in a day and propagated. To state otherwise demonstrates profound practical and tech ignorance on shedlock’s part.

2. libra isn’t a crypto – its a closed system encrypted banking and payments system based on fiat; it fails the 5 tests for decentralisation, censorship resistance, open standards, security etc.

3. It’s backed by a fiat fund of reserves but not pegged to fiat – so the edge value is volatile; if the local fiat currency at the customer end lowers, then so do the customer’s libra.

4. there are plenty of ways to get round govt bans, always have been always will be

IMO, the next step might be you have to get an nanoparticle vaccination from Facebook, Google or Twitter,t it wiil make not only the control over your Libras easier for these IMO crooks want to control mankind completely.
(It seems the control of the individual then 100%, you are no danger anymore to the Elites and sociopathic politicians are enthousastic about it while it keeps the people “healthy”.)

IMO, the Zuckerberg-libra is a swindle. This association will take care of your cash and consequently of your liberty/freedom and sells you to Dictator & General BiBi of the Zionists. 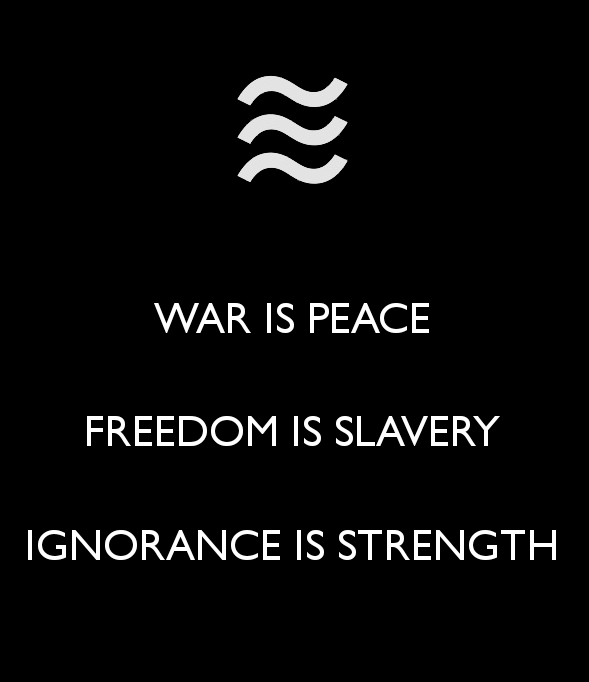 In 1945, the US Quietly…
19 Apr 21 by ArchangelLuifer
Then they realised that having a global threat was far ...

Wokeness Is Great for Imperialism
19 Apr 21 by ArchangelLuifer
Ha but have you seen the Chinese soldiers, they resemble ...

Wokeness Is Great for Imperialism
19 Apr 21 by ArchangelLuifer
This again is the true agenda of multiculturalism and it’s ...