And in the winter of 2014-15 the country experienced 54,000 unexplained excess deaths and nobody blinked

Some much-needed context to properly place the 6,000 deaths in Italy so far of people who tested positive for covid-19 (or so we are told):

6,000 deaths from covid-19 alone is a considerable number. It likely means the Italian 2019-20 flu season will be counted as one of the worst, perhaps the worst in a long time. But it’s also important to understand there is nothing unprecedented about many thousands of mainly elderly Italians perishing in viral lung infection pandemics. To the contrary, it happens with such regularity you could set your calendar to it.

Also I would offer a few caveats:

And one other thing:

In recent years, Italy has been registering peaks in death rates, particularly among the elderly during the winter season. A mortality rate of 10.7 per 1,000 inhabitants was observed in the winter season 2014/2015 (more than 375,000 deaths in absolute terms), corresponding to an estimated 54,000 excess deaths (+9.1%) as compared to 2014 (Signorelli and Odone, 2016), representing the highest reported mortality rate since the Second World War in Italy (UN, 2019). Although the above-described excess mortality created concern among researchers, health authorities and public health experts, it has been challenging to identify its determinants (Signorelli and Odone, 2016).

During the winter season 2014-15 Italy experienced 54,000 (partly unexplained) excess deaths and nobody blinked. We are still very far from such numbers for covid-19.

In light of such figures what might be prudent and justified would be closing your border to Italy, but to lockdown entire continents doesn’t seem warranted by these numbers at all.

Looking at the assumed Italian covid-19 body count broken up by regions it seems undeniable there is a problem of some nature in Lombardy and Emilia-Romagna, but even for Italy itself it’s difficult to understand why the rest of the country couldn’t have simply sheltered its most vulnerable segment of the population and gone on with their lives as normal. (Except that the hysterical media and the busy-body virtue signalers would have crucified the government if that was what it opted for.)

People should always be alarmed, when governments get suddenly concerned about their well-being!

irresponsible and extremely dangerous article…..how is it possible to make people believe its all not that serious……at least at this stage alreadfy too many have died in Italy….although there are drastic measurements imposed……without those it would be a lot higher…and still counting…..nobody knows for fact whats going to be in the next months to come…..

Marko, if you have access to such data sources, it would be interesting to compare the given years with their average temperatures. I am not sure, but my understanding is that in central Europe, like Nothern Italy, you would not maintain by central heating a constant +22C, as they do in Scandinavia. I think residents are rather dependent for providing their heating themselves, and as the costs have gone up so much, while salaries and pensions have not, it could be possible that they save in heating. As a result they would freeze all the time, and that sure makes you suceptible for the flu.

Marko,
Great work!
A cool drink of water in the MSM so called news desert.

As they use to say back in Radio Days programs:
“Keep those cards and letter com’n folks”

Marko, you are being just as transfixed, in your own way as the commercial press.

Yeah well we’re under occupation, it’s globe-spanning now. We’re going to be under lockdown for 18 months? How many of our freedoms are never coming back? Next year is the West going to look more like Brezhnev’s USSR?

“…..we’re all under occupation……”
Stan Goff ended one of his books with “….We are all Palestinians now…” He wrote that many years ago but it was prophetic. It has become quite obvious now.

The site would benefit from having a pair of editors for balance for sure, it should never be just one, but as you can see if you look at the top of the page there are financial limitations to put it midly.

I am too old and not terrifically well to take on any tasks of that nature.

I wish I could support the site, too, but I have an unpleasant set of private circumstances which make that impossible now for me too.

I like to think I do support with serious comments.

You’re really an idiot; I had this virus and survived it, about 30 days it lasted, had many near death experiences and was lucky to survive, then was re infected with it again yesterday; Never been this sick in my life. Others I know in this town still feel its effects after 2 months;

You seem to point at China as evil when the city on 7 hills in Rome is the World’s most evil and deadly city.

Germany Has Concluded That Huawei’s 5G Is Safer Than NSA’s 4G
https://www.checkpointasia.net/germany-has-concluded-that-huaweis-5g-is-safer-than-nsas-4g/

US CDC Director Robert Redfield Admitted that Coronavirus Deaths Have Been Miscategorized as Flu
-so it didn’t originate in China.
https://www.globalresearch.ca/us-cdc-director-admitted-virus-deaths-miscategorized-flu/5706233

The US Army regularly produces deadly viruses, bacteria and toxins in direct violation of the UN Convention on the prohibition of Biological Weapons. Hundreds of thousands of unwitting people are systematically exposed to dangerous pathogens and other incurable diseases. Bio warfare scientists using diplomatic cover test man-made viruses at Pentagon bio laboratories in 25 countries across the world. These US bio-laboratories are funded by the Defense Threat Reduction Agency (DTRA) under a $ 2.1 billion military program– Cooperative Biological Engagement Program (CBEP), and are located in former Soviet Union countries such as Georgia and Ukraine, the Middle East, South East Asia and Africa.

I don’t know whether any facts have been determined. The labs of course do exist. Seems odd there would be so many.

Russia also has suspicions that Americans are collecting biological material from people so that they can eventually produce targeted bio-weapons.

As somebody who grew up under communism in Eastern Europe Bulgaria, I can assure you that the communist goverment knew decades ago this will occur eventually and warned us about it when we were kids. We were told to be wary of strangers, especially foreigners who might bring in things to make us sick. They might offer us toys or or candy that had germs on them to make us sick. We were told that quite plainly, back in the 1970s. Seems the Chinese, being the greedy merchants that they are, forgot the lessons of the past and let the Americans in, while Russians didn’t. I’m 100% convinced this is an engineered bio weapon the Americans unleashed against CHina/Iran.

You are probably someone with poor health overall. Sounds like it.

Im 36 and it nearly killed me 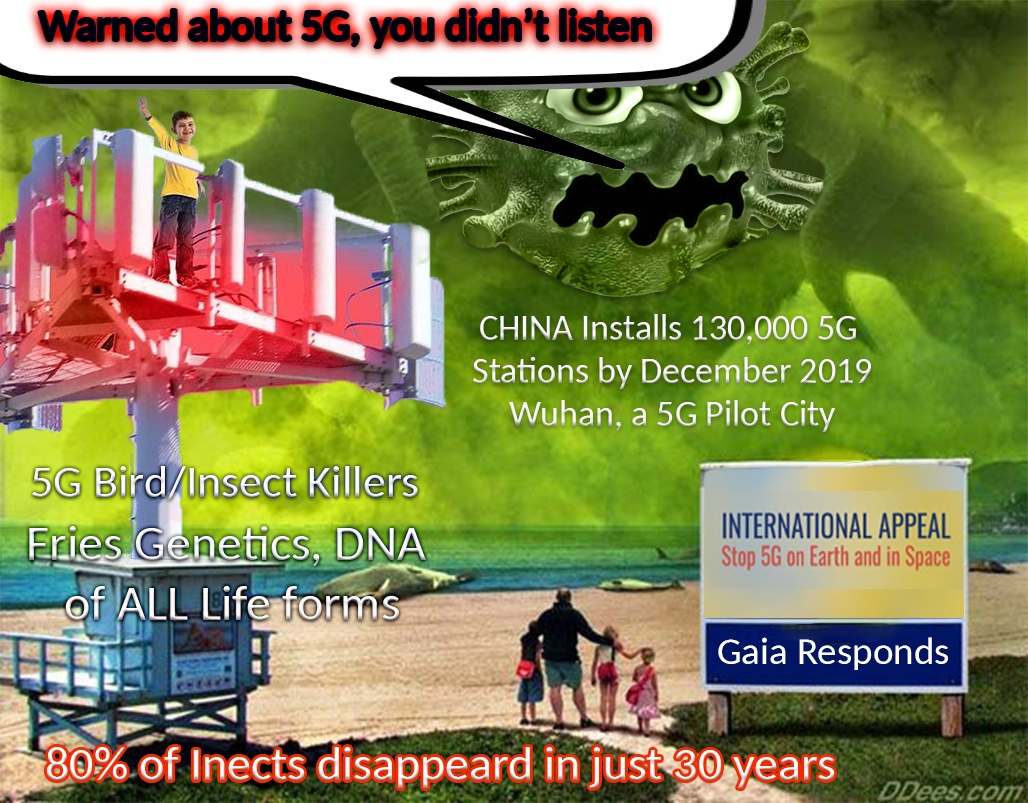 Knocking down to Monsanto, and Bayer. Not to Huawey. LoL.

Marko,
Great work!
A cool drink of water in the MSM (so called news) desert.

As they use to say back in Radio Days programs:
“Keep those cards and letter com’n folks”

Yes, the Belarusian people were right on the edge of ...
Recent Comments

All Risk, No Reward: The…
1 Mar 21 by mothman777
One fact that is never mentioned in the controlled MSM ...

Armenia’s Military Mutinies Against the…
1 Mar 21 by Mr Reynard
With Dominion voting machines, of course ?

Yet Again: “Success Story” New…
1 Mar 21 by Mr Reynard
A quote: Decadence start, when the civilised man ape the ...