Will 'stand up' to the dastardly phone-makers with a frigate. One frigate.

Following the US, other Western countries are looking to increase their presence in the Pacific to counter Beijing. On Thursday, Germany’s Defense Minister Annegret Kramp-Karrenbauer said Berlin is looking to join Australia in the region for naval drills.

The defense minister said Germany will send a Navy ship to the region next year to join Australia for joint exercises. Echoing the rhetoric coming out of Washington, Kramp-Karrenbauer said China is undermining a “rules-based world order” and said Germany wants to increase its footprint in the Indo-Pacific by teaming up with “like-minded” allies.

“China has its own ideas about individual freedoms, human rights, our Western idea of democracy,” she said. Kramp-Karrenbauer also called China’s global infrastructure project, the Belt and Road Initiative, a “challenge we have to react to.”

The US has been partnering with allies in the Pacific for joint naval exercises, including Australia, who joined the US, Japan, and India for the annual Malabar drills off India’s coast this year. In previous years, India was hesitant to allow Australia to join the drills, fearful of the message it would send to Beijing. But with India-China tensions high over a border dispute in the western Himalayans, New Delhi decided to allow Canberra to join in the show of force.

Some US officials hope the informal alliance of the US, Japan, India, and Australia, known as the Quad, could be the basis for a NATO-style alliance in Asia. NATO Secretary-General Jens Stoltenberg has hinted at expanding the alliance into Asia to counter Beijing.

German officers are expected to be deployed with the Australian Navy and a German frigate will patrol the Indian Ocean under Berlin’s plan to manage China’s influence in the Indo-Pacific region.

Annegret Kramp-Karrenbauer, the German Defence Minister, said the Indo-Pacific had become crucial to the world’s well-being.

“We believe that Germany needs to mark its position in the region,” she said in an exclusive interview.

Kramp-Karrenbauer, popularly known by her initials AKK, said that Europe had become increasingly aware of China’s economic agenda and geopolitical tactics in the past year.

“China is an important trading partner for Germany and we have strong economic ties which are in the interest of both sides,” she said.

“At the same time, we do not turn a blind eye on unequal investment conditions, aggressive appropriation of intellectual property, state-subsidised distortion of competition or attempts to exert influence by means of loans and investments.”

In 2018 the 58-year-old became the secretary general of the Christian Democratic Union, Germany’s largest political party. Subsequently she was touted as a successor to Chancellor Angela Merkel. However, in February she announced she would not run for chancellor in the expected 2021 election and would relinquish the party leadership.

Kramp-Karrenbauer is the first German minister to confirm publicly that restrictions on Chinese telecommunications giant Huawei would effectively exclude the company from Germany’s 5G network.

Kramp-Karrenbauer would not comment specifically on whether the frigate would conduct freedom of navigation exercises in the South China Sea, where China has made territorial claims that are disputed by countries across Asia, the European Union, Australia and the US.

“Given the rising security challenges in the Indo-Pacific region, it is my goal to intensify our bilateral and multilateral collaboration. That could include, for example, the embarkation of German officers on Australian Navy units – a project that is being negotiated as we speak,” she said.

Germany is working within NATO to expand relations with like-minded states such as Australia in the Indo-Pacific, Kramp-Karrenbauer confirmed. The alliance has historically involved 30 North American and European countries.

“We share the same values, principles and interests. As a consequence, we stand united against those who challenge us,” she said.

“I am convinced territorial disputes, violations of international law and China’s ambitions for global supremacy can only be approached multilaterally.”

The comments by Kramp-Karrenbauerare are the most direct by a German or European minister on China to date. China is Germany’s largest trading partner and Germany has historically opted for a more cautious foreign policy and defence outlook since World War II.

I think he has a better taste!

It is American corporations that made China into a potential superpower.
And now we are crying like little bitches!

The Bat Stew Flu – Made in China! President Trump will hurt the Bastards in the CCP, if he gets another term, otherwise we are Doomed to the NWO via the Chinese Communist Template.

Yeah, and so is that female Scientist who escaped China said, with
all authority, that the Chicoms created this Bat Stew Flu. It is
Man-made, just like that ridiculous “Swine” Flu. These demented
“Scientists” have been creating all manner of diseases they want to use
on the Population, first to scare us, then to milk us and finally kill
us.

The Eugenicist POS, Bill Gates, said he would create Vaccines to control Population. He is already banned in over twenty Countries. he cannot step foot in those Countries because his Vaccines are killing People, Paralyzing People and making People extremely ill.

You have obviously not done any research, you probably get your “information” from the MSM, which is nothing but garbage

Wake the Fuck up before it’s too late. Insulting me will do nothing. People are just Lab Rats to these Technocratic, Eugenicist, Human-hating Filth with high degrees in Evil. Faucci is involved in this thing and President Trump needs to bust his dirty ass. 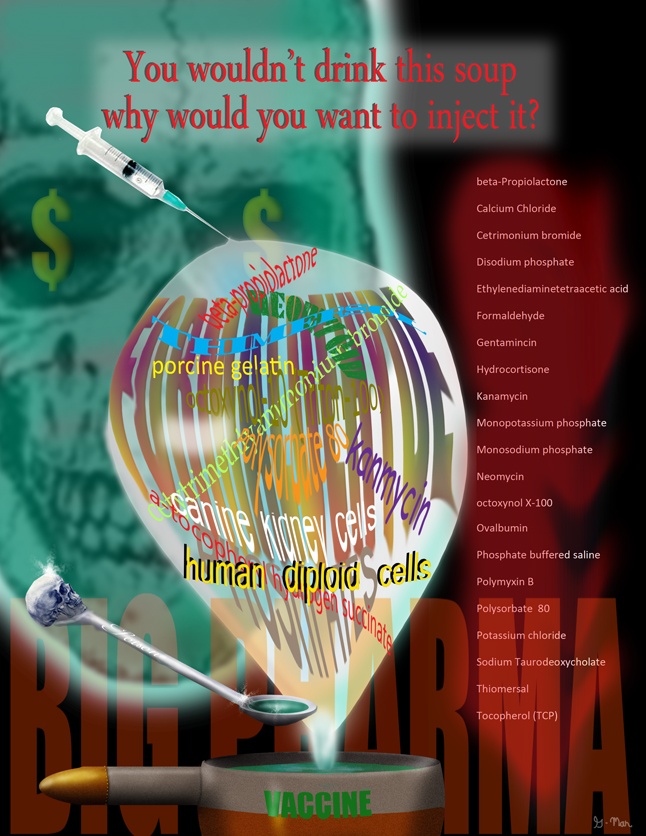 And I’d say youre a Communist loving whore

The virus has not been isolated. What that means is there is no proof it exists.
If it does exist and somebody engineered it, surely it was are brilliant engineers (U.S.) We have the best, most well funded, largest bio weapons industry on the planet.

Yes. The Deep State worked with the Filthy Commies to create this thing and then released it to the World. This is the Deep State in action.

This is the continuing War on Humanity. Wear a Mask, be a Slave!

Well said Johnny. You summed it all up in under 40 words

Yeah, and so is that female Scientist who escaped China said, with all authority, that the Chicoms created this Bat Stew Flu. It is Man-made, just like that ridiculous “Swine” Flu. These demented “Scientists” have been creating all manner of diseases they want to use on the Population, first to scare us, then to milk us and finally kill us.

The Eugenicist POS, Bill Gates, said he would create Vaccines to control Population. He is already banned in over twenty Countries. he cannot step foot in those Countries because his Vaccines are killing People, Paralyzing People and making People extremely ill.

Faucci is involved in this thing and President Trump needs to bust his dirty ass.

Yes I agree. Faucci writes a book during the pandemic stating his position that the covid-19 virus is natures way at fighting back against human exploitation of the planet… meanwhile he’s the POS that took gain of function experimentation to communist China with American tax dollars after Obama banned gain of function in America for the very reasons we see today. The dictionary should have a picture of Faucci under the word hypocrite, and the world court should have spot for him in court charged with crimes against humanity. IMHO

Well, Raptar Driver, the virus certainly hasn’t been isolated .. So, what that really means is there’s no proof it exists. If it does exist – which I doubt – and someone engineered it, surely it was brilliant US engineers. We do have the best, most well funded, largest bio weapons industry on the planet.
I’d be much happier if nobody had any bio weapons at all, but we’re not the only country that has them – China and Russia have them, for sure.

Quote,“We do have the best, most well funded, largest bio weapons industry on the planet.” Unquote. Really Eileen, how do you know this, and compared to what/whom ? Nations that dabble ILLEGALLY in such scenarios are not inclind to advertise the fact. So you need to do some splaining dear, how you come to this conclusion.

Just kind of sad, isn’t it? What the heck do they expect them to do? Oh well, maybe it’ll be a nice cruise for the boys and they’ll get a few stops at interesting ports.

Never ceases to amaze me, the stupidity of some people. Much is made in this article regarding Australia, a country that has ALLOWED it’self to sycophantly follow in the U.S.’s foot steps, ever since the Korean debacle. What has Australia ever received in return for kissing U.S. butt ???? Zilch. Of course our politicians did get their kick backs, but the average Australian left their blood on foriegn shores all for nought. Now the Krauts are going to do the same thing ?? L.O.L. Funny thing, they have no business in the Pacific, but have the gall, to tell others they can go where they will under the so called “rules based World Order”. But no one is ever privy to those alleged rules, no one knows who drew up those “rules” and no one knows how to access those alleged “rules” and last but not the least, Western nations are not obliged to adhere to those “Rules”, they can do what ever they wish.

Pahaha! The West is falling apart at the seams and not a little bit desperate to deflect their horrendously misguided reaction to covid. They can’t do anything, just pissing in the wind. With the last 20 years of failed foreign policy you’d think they’d try making friends and influencing the Eurasian superpowers but no, delusions of grandeur keep them hard in the retrograde circle of geopolitical failure.

What better tripwire than a German NATO Frigate, and let’s insult China while were at it, “I am convinced territorial disputes, violations of international law and China’s ambitions for global supremacy can only be approached multilaterally.”

16 States Are Now Following…
7 Mar 21 by Voz 0db
Most, if not ALL of those scoundrels/terrorists, are just doing ...

Troops Deployed to DC to…
7 Mar 21 by Voz 0db
I bet a Glass of wonderful Tap Water from Flint ...

16 States Are Now Following…
7 Mar 21 by Hana
Thanks, it seems likely indeed. Greetings from Norway to all, ...
Anti-Empire wpDiscuzComment Author Info