Has killed 20 civilians according to Kurdish reports 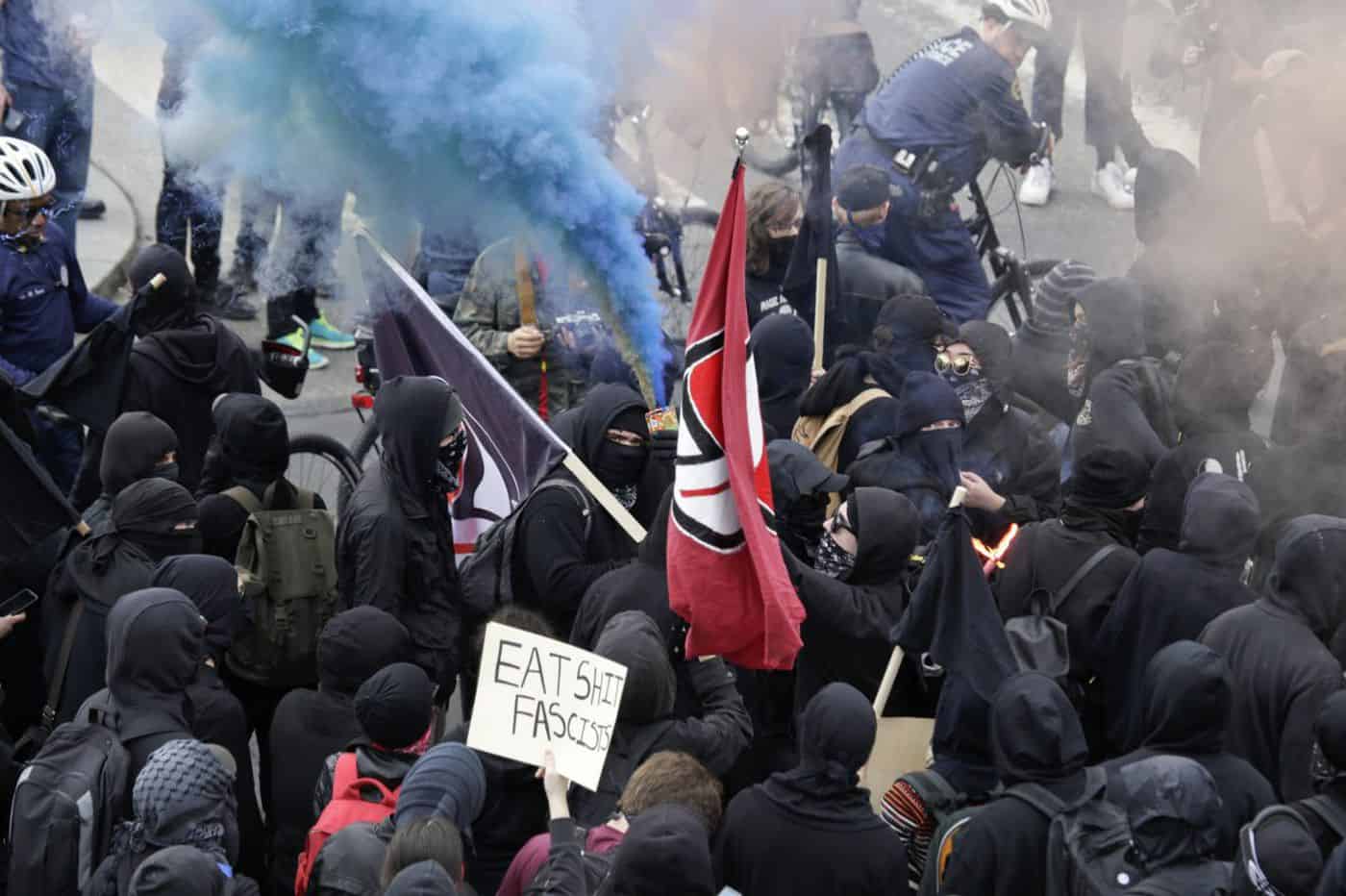 Turkey bombed Iraq and Syria, striking a Kurdish militia it has accused of training members of the left-wing, international antifa movement involved in protests across the United States.

The Turkish Defense Ministry released footage Friday of an F-16 fighter jet taking off and conducting what it said was an operation in Iraq’s northern Great Zab region that “neutralized” four members of the Kurdistan Workers’ Party (PKK). The outlawed group has been locked in a three-decade, cross-border insurgency with Ankara, which has stepped up its campaign against Kurdish forces in Iraq in recent days.

The United States’ support for the Syrian Democratic Forces has complicated Turkey’s campaign in northern Syria. In addition to Kurdish PKK sympathizers, other ethnic minorities and Arabs, the Syrian Democratic Forces and its fight against the Islamic State militant group (ISIS) has attracted foreign fighters from across the globe, including a number of leftists and anarchists, largely from the West.

As U.S. protests broke out in the wake of last month’s police killing of George Floyd, Turkey took the opportunity to highlight the alleged links between the PKK in Syria and the presence of antifa, a historic anti-fascist, left-wing movement with no central structure, but blamed by President Donald Trump for inciting violence amid nationwide demonstrations.

Trump has accused antifa of stirring unrest in the United States since at least 2017, but announced late last month he would declare the group a terrorist organization over its alleged promotion of riots and destruction of property in the latest rallies against systematic racism and police brutality. Days later, the Turkish government issued an official graphic channeling the U.S. president’s remarks.

The graphic, published on June 3, offered a timeline of antifa’s history as told by Turkish President Recep Tayyip Erdogan’s Directorate of Communications and linked the movement to the PKK and People’s Protection Units (YPG), the Syrian Kurdish faction that leads the Syrian Democratic Forces.

“Although its full name is Anti-Fascist Movement, some Antifa members trained by the PKK/YPG terrorist organization do not hesitate to carry out acts with an entirely fascist mentality,” the poster read, alongside images of fighters in Syria with antifa and YPG flags.

“When Antifa draws its weapons on Turkish soldiers in Syria and operates with the PKK/YPG to stage attacks on us, allies like America must show the same sensitivity,” he told the local 24 TV outlet.”

“Are they only a terror group when they touch you? But when its Turkey or another country nothing needs to be done? This is not the right approach. If you are declaring Antifa as a terrorist organization you should do the same with the YPG also,” he added.

The FBI said it “has no intelligence indicating Antifa involvement/presence” in a report earlier published earlier this month and featured by The Nation. Sinam Mohamad, the representative of the Syrian Democratic Forces’ political wing to the United States, denied such links last week in a conversation with the Washington Kurd Institute.

Turkey’s bombings have also angered the local governments of Iraq and Syria, which have condemned what they consider to be breaches of their respective national sovereignty. Baghdad and Damascus have complex relations with the PKK, at times allying with them against common enemies and other times cracking down on the group.

PKK founder Abdullah Öcalan remains imprisoned in Turkey since his abduction and arrest in 1999.

Turkish airstrikes and a ground offensive continue apace in Iraq, while in neighboring Syria, Turkey carried out airstrikes against a Kurdish village in Afrin District, killing at least 15 civilians, including a number of women and children.

Turkey provided no indication as to why they were attacking the village, or Afrin District in general. The area on Syria is mostly Kurdish, however, and Turkey rarely needs much of a reason to carry out operations against Kurds.

Airstrikes in Iraq’s Dohuk Province were also reported to have killed at least five civilians. These airstrikes were backing an ongoing ground offensive in northern Iraq which is aimed at the Kurdish PKK movement.

Turkey’s seizure of the Afrin District in Syria was primarily done to expel Kurdish forces from the border region, and the offensive against Iraq is likely to seek a similar end. So far, most of the casualties seem to be civilian, which is in keeping with Turkey’s domestic military operations against ethnic Kurdish territory.