Chinese Nuclear Armed Submarines in Russian Arctic Ports? If Cold War Rages On We May Be Headed There 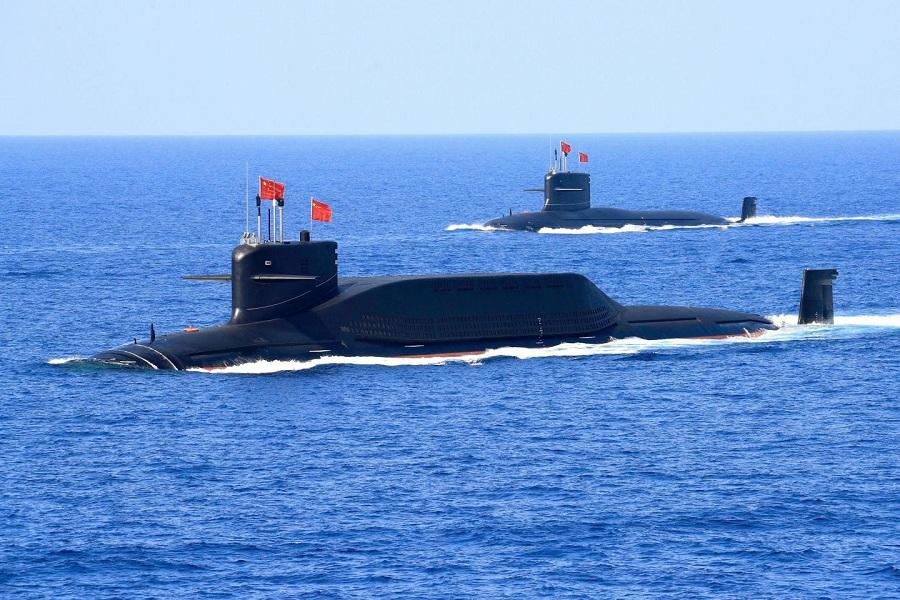 Many have speculated on the possibility of a Russia-China alliance. At a forum in China not long ago, I distinctly remember a senior Chinese specialist commenting: “The U.S. has many allies. China can also have allies.” Yet the prevailing conventional wisdom among specialists is that this is unlikely to occur.

Conceivably, an upgraded security partnership joining the Asian giants could lead to military-industrial efficiencies. They are already jointly developing a heavy-lift helicopter, but what if they genuinely cooperated in the fabrication of bombers and destroyers too? Or even submarines and aircraft carriers? Few have seriously entertained this possibility and it still seems far-fetched.

Not only does this author embrace the notion of joint Russia-China air and missile defense for the Arctic, but he also unexpectedly floats the entirely new concept of allowing Chinese submarines, nuclear-armed “boomers” or SSBNs at that, to gain critical support from Russian Arctic ports.

To be sure, the idea seems quite preposterous at first glance. Both countries are extremely touchy regarding sovereignty issues. Russians, so it would seem, would not be eager for China to gain a military foothold in this ultra-sensitive area along Russia’s northern flank. Meanwhile, China has only one military base overseas in Djibouti and has almost no experience with the hazardous maritime (let alone undersea) environment on the roof of the world.

And yet, there could actually be a basis for investigating this admittedly eccentric proposition. Chinese strategists have previously discussed the Arctic as a Russia-China cooperative zone of strategic “resistance space [对抗的空间” to U.S. pressure, and I have previously noted China’s evident interest in studying submarine maneuvers through the ice.

Let us explore the Russian military analyst Shirokorad’s logic. He begins with a mystery, noting the slightly bizarre comments of Secretary of State Mike Pompeo in Finland during early May. According to the Russian analyst, Pompeo “broke out into an angry tirade aimed at the Celestial Kingdom [разразился гневной тирадой в адрес Поднебесной],” explaining that he accused Beijing of trying to turn the Arctic into the South China Sea. Noting the peculiarity of the chief American diplomat’s apparent fixation with the Northern Sea Route (NSR), Shirokorad observes caustically: “Taking into account the geography of American trade routes, ship owners from the United States are no more concerned about the Northern Sea Route than flying to Mars.”

Shirokorad, who has significant knowledge of both submarine operations and also the Arctic region, then throws Pompeo a “life-line,” suggesting that the secretary of state was merely reflecting the notion articulated in the most recent Department of Defense report on Chinese military power: “[Beijing’s military plans for the Arctic] could include deploying submarines to the region as a deterrent against nuclear attacks.” Notably, the very next sentence of that U.S. government report hints at possible Russia-China frictions along the NSR, for example, with respect to the deployment of non-Russian ice-breakers along that route.

Somewhat surprisingly, this Russian military analyst asserts that American concerns are actually logical from the standpoint of nuclear and naval strategy. Offering a short course on Cold War ballistic missile submarine (SSBN) strategy, he explains that Soviet admirals were duly embarrassed in 1962 when “all the Russian rocket submarines turned out to be useless due to the American ASW system [все советские ракетные подводные лодки оказались бессильными перед американской системой ПЛО].” While Soviet submarines could effectively threaten European cities, Kremlin strategists were perturbed by U.S. deployments of American SSBNs to bases at Holy Loch (UK), Rota (Spain) and also Pearl Harbor. From these advanced bases, they could easily access their patrol areas and range all Soviet homeland targets.

By contrast, “in order to fire their weapons and hit U.S. territory, Soviet submarines had to travel 7,000 to 8,000 kilometers to reach patrol areas and then make the return journey [для применения оружия по территории США советским подводным ракетоносцам приходилось совершать 7–8-тысячекилометровые переходы до районов боевого патрулирования и обратно].” Of course, increasing missile ranges allowed the Soviets to favorably alter those patrol areas, so that eventually they could even hit U.S. targets from “essentially pier side [фактически от пирсов.].” This trend enabled the Soviet Navy to utilize natural geography and climate. By the 1980s, the Soviet Navy regularly sent SSBN patrols under the ice of the Arctic. Searching out Russian ‘boomers’ in the “ice jungle” of the Arctic proved more than a little challenging, even for the U.S. Navy that pioneered such operations with the famous Nautilus. Shirokorod explains that Russian SSBNs were capable of breaking through ice up to two meters thick in order to unleash their salvo nuclear-armed missiles.

Turning back to China’s undersea deterrent and potential parallels to earlier Soviet naval dilemmas, this Russian military expert observes that, geographically, the Chinese coast is a “huge distance [огромное расстояние]” from targets in the American heartland. Moreover, he assesses Chinese SSBNs as highly vulnerable to adversary forces in the open ocean areas of the Asia-Pacific.

If it’s not disturbing enough to see such an idea discussed openly in a major Russian newspaper, then Shirokorod actually goes a couple of steps further down the path of the New Cold War. “In the future, the Russian Federation and the People’s Republic of China may also begin to create a joint anti-aircraft system and anti-missile defense system in the Arctic . . . [В перспективе РФ и КНР могут приступить и к созданию в Арктике совместной системы противовоздушной (ПВО) и противоракетной (ПРО) обороны],” he writes. After all, he reasons, the United States has been “planning to undertake strikes” via the Arctic against both China and Russia since the 1950s.

That cooperation in air and missile defense could also support the submarine component of Russia-China strategic cooperation in the Arctic is reasonably clear, but the analyst then makes the most extraordinary statement in this regard: “on our Arctic islands, the Chinese can deploy supply and communications systems for their strategic missile submarines. [на наших арктических островах китайцы могут развернуть систему снабжения и связи своих подводных ракетоносцев].” In the final paragraph of the essay, Shirokorod asks if such steps could endanger Russia and answers his own question emphatically: “Definitely not [Однозначно нет].”

In closing, it must be emphasized that this article’s importance should not be exaggerated. The musings of a single Russian strategist do not equal a new approach to Russia-China strategic cooperation, let alone a concrete bilateral military cooperation agreement on the deployment of the most prized, nuclear assets. Neither Moscow nor Beijing have given anything close to an official imprimatur to such eccentric ideas.

And yet there is a small possibility that this one vision of the future could reach fruition in coming decades if current trends toward cold war are not reversed. Moscow would have its fully built out Arctic infrastructure (both military and commercial) with ample Chinese capital and engineering assistance. In return, Beijing would gain a reliable way to strike America and thus enhance its nuclear deterrent.