But Trump says they want a deal "badly" and he's the one holding it up?

The United States has made a “wrong calculation” and picked the “wrong rival” by continuing to put pressure on China, state media said on Thursday as it sought to ramp up the rhetoric ahead of a possible meeting between the nations’ leaders later this month.

In a front-page commentary, Communist Party mouthpiece People’s Daily accused the US of being more concerned with maintaining its hegemony than seeking growth and development.

“Some people in the US are saying that the coming of a new era for China means the end of an era for the US,” it said.

“Some people are stubbornly putting pressure on nations like China. They have made wrong calculations, and chosen the wrong rival at the wrong time.” 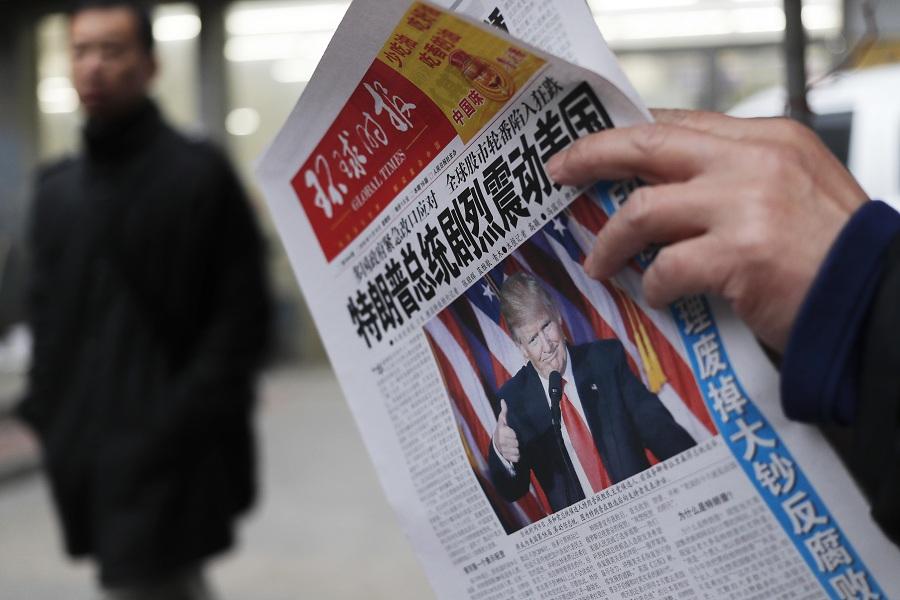 The article comes after repeated warnings from US officials that China will face consequences if President Xi Jinping fails to sit down with his US counterpart Donald Trump on the sidelines of the G20 summit in Osaka, Japan later this month.

The White House’s chief economic adviser Larry Kudlow said on Thursday there were no formal plans for such a meeting, but hinted that Trump could respond negatively if he felt he had been snubbed.

“My president has indicated a strong desire to sit and meet,” Kudlow said. “He’s also indicated if the meeting doesn’t come to pass, there may be consequences.”

Trump said earlier that he was ready to impose tariffs on the US$300 billion worth of Chinese goods the US imports that have so far escaped the punitive action if Xi refused to meet in Osaka.

But the People’s Daily article said that, because of the nature of global trade, Washington’s efforts to punish China were actually damaging its own economy and costing American jobs.

It cited the Apple iPhone as an example, saying that while the product had been designed and developed in the United States, its components came from Japan, Europe and South Korea, and the handsets were assembled in China.

“We can say that without the cross-border flow of products, capital, technology and information, Apple would not have become what it is today,” it said.

“Each nation has its right to protect its interests. However, if a nation achieves this aim with the mindset of ‘either you lose or I win’ or ‘either you die and I survive’, it will get into real trouble.

“Without the foundation of equality and common development a nation may be able to get some quick benefits, but they will be short-lived”.

The US cannot retreat from globalisation just because it is facing problems, the commentary said.

“It is regrettable that some people in the US have ignored the trend, and are moving further and further away from the path of globalisation,” it said.

“Only when we seek common development, can we then handle common challenges.”