When what you produce are actual things, not mere paper, there will always be a demand for your produce

China’s economy is holding up well during the trade war — and the country has even managed to grab an even bigger share of global exports.

That’s according to Capital Economics, which analyzed data that show China exports have inched up despite the trade war to reach almost 12% of the world’s total. Why?

One is a weaker yuan. China has let its currency slide lower — the renminbi has depreciated 5% in trade-weighted terms since June last year, the economists said.

“This has encouraged exporters to lower their US dollar export prices by 2%, boosting the competitiveness of all Chinese exports to the US, not just those affected by tariffs, as well as all exports to the rest of the world,” says Evans-Pritchard.

Another reason: China is shipping US-bound exports to other Asian countries to circumvent the tariffs. China’s shipments to south-east Asian countries have increased during the trade war. That’s helping.

“China’s economy has held up well despite the escalating trade war with the US,” Capital Economics said. “Growth on the China Activity Proxy – our in-house measure of GDP growth – has been stable since the first round of US tariffs came into force in July 2018. This is partly thanks to domestic strength, especially property construction. But the export sector has also performed reasonably well.”

See the chart below: 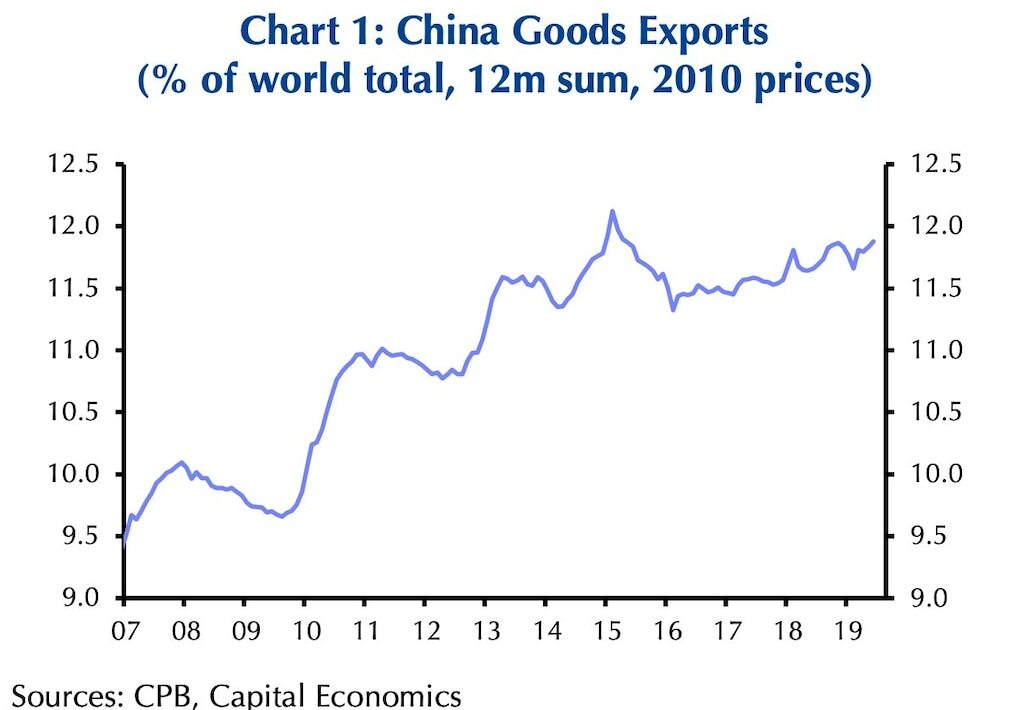 “Admittedly, exports have slowed, and there is no question that US tariffs have had a negative impact on US demand for the targeted goods,” Evans-Pritchard said. “But if US tariffs were the main culprit, one would expect China’s exports to have weakened more than exports from elsewhere. Instead, China’s share of global exports actually edged up during the past year.”

Evans-Pritchard did say however that the trade war is harming China’s economy, saying he expects the drag on GDP growth to rise to 0.5 percentage points over the next few months “as the impact of the May tariff hike starts to be fully felt.” Additional tariffs could raise that drag to 0.8 percentage points by early 2019.

“But with Chinese policymakers likely to let the renminbi weaken further in the coming quarters, and transhipments unlikely to be eliminated entirely, the negative impact of US tariffs will continue to be dampened to some degree,” he said.

The below chart, using CEIC data, shows how China is diverting trade since the onset of tariffs: 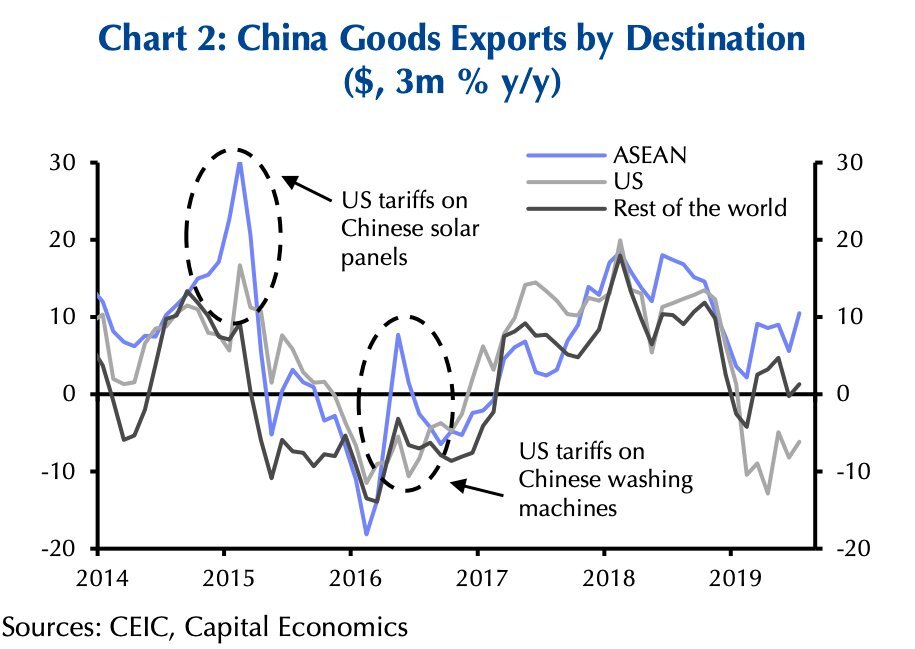