Large rocket for a large boat 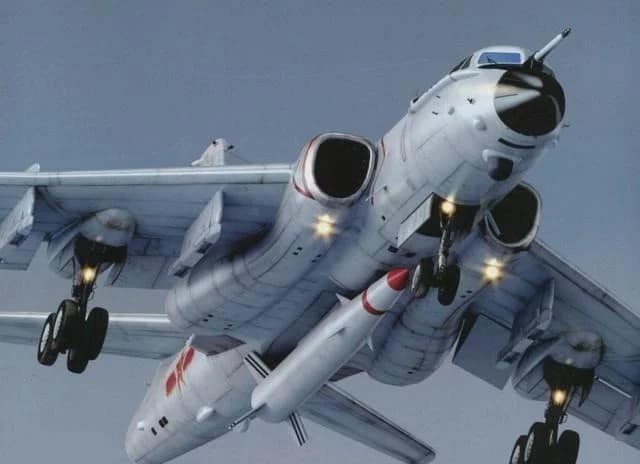 Navies are racing to develop hypersonic missiles which may change the pace of naval warfare. Russia will deploy the Zircon hypersonic missile aboard warships and submarines. The US Navy has started down the path of the common hypersonic glide body (c-HGB) for its destroyers. Meanwhile China’s latest hypersonic weapon is something completely different; it is air launched.

The massive new missile, labelled CH-AS-X-13, is probably the largest air-launched missile in the world.

The missile was first reported by Ankit Panda, the Stanton Senior Fellow at the Nuclear Policy Program, Carnegie Endowment for International Peace, in April 2018. More recently candid images have appeared on Chinese social media. These provide a clearer view of the novel weapon.

For the first time a H-6N was seen landing with an air-launched Anti-ship ballistic missile (ALBM/AShBM). This missile so far labelled as CH-AS-X-13 is often referred to the DF-21D but here it looks almost to feature an DF-17 like hypersonic glide vehicle (HGV) on top the rocket pic.twitter.com/yOugsjkkhx

Analysts believe that it may be intended to target high-value warships, particularly aircraft carriers. This makes it an anti-ship ballistic missile (ASBM). And it appears to be carrying a hypersonic glide vehicle (HGV). This may give it extended range and increase survivability against air defenses. 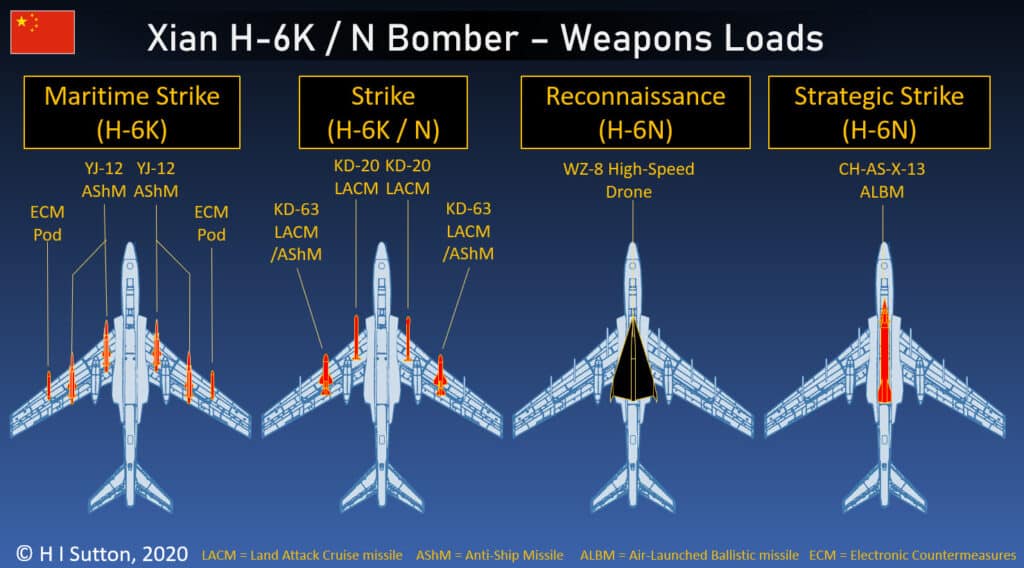 The CH-AS-X-13 may be closely related to the ground based DF-21D anti-ship ballistic missile. Image analysis suggests that it has different dimensions however, so may use a different rocket motor. The most likely reason for this would be the physical restrictions imposed by carrying it under an H-6 bomber. Additionally it appears to be equipped with a hypersonic glide vehicle (HGV) similar to the one seen on the DF-17 ballistic missile. Clearer images in the future may clarify this.

The DF-21D is believed to have a range in excess of 1,500 km. The CH-AS-X-13 may have a similar range, or possibly further due to the aerial launch and a hypersonic glide vehicle. Either way, being carried by a bomber will massively increase its overall reach. The H-6N version which carries it has aerial refueling to further increase their range. The CH-AS-X-13 is therefore a threat beyond the first island chain and South China Sea. It could potentially hit targets in the vast expanse of the Pacific Ocean, or Indian Ocean.

Even if the missile has this incredible range it will face challenges reaching its full potential. Finding and tracking an aircraft carrier at extreme ranges may be the Achilles’ heel. And a lot may depend on the survivability of the bomber itself, and the number of aircraft available for the mission. Context, of course is everything.

The H-6 bomber is not limited to the CH-AS-X-15 however. It can also carry a range of anti-ship missiles. Foremost among these is the YJ-12 supersonic missile. This is similar to the Russian Kh-31 (AS-17 Krypton) missile, but significantly larger. At least four YJ-12s can be carried, meaning that a squadron of bombers could launch a saturation attack on a Carrier Battle Group. The subsonic KD-63 (also commonly referred to as the YJ-63) can also be carried.

A H-6K carrying a YJ-12 AShM and while loading that huge missile.

Having anti-ship ballistic missiles may also be used to message China’s potential adversaries. On August 26 China test fired a DF-21D ASBM into the South China Sea. This was just weeks after the US Navy aircraft carrier USS Ronald Reagan had been exercising in the area. The CH-AS-X-13 adds another dimension to the threat to carrier battle groups, so its development alone can be seen as sending a clear message of China’s increasing military confidence. 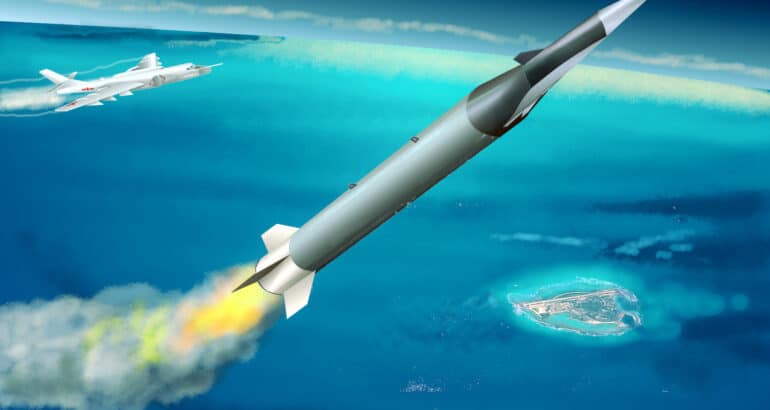