A major reversal of fortunes at sea has gone largely unnoticed. Over the past decade, the Chinese Navy sped past the Japanese maritime service across key measures of material prowess. The trendlines suggest that China will soon permanently displace Japan as the leading regional naval power in Asia. This historic power transition will have repercussions across the Indo-Pacific in the years to come. It behooves policymakers to pay attention to this overlooked but consequential shift in the naval balance between two great seafaring nations.

The Power Transition at Sea

The growing power gap between the People’s Liberation Army Navy (PLAN) and the Japan Maritime Self-Defense Force (JMSDF) is stark and will widen at an accelerated pace. China already boasts the largest navy in the world with more than 300 ships and submarines. [By vessel count but not by displacement.] By comparison, the JMSDF’s naval strength in 2019 included four light helicopter carriers, two cruisers, 34 destroyers, 11 frigates, three amphibious assault ships, six fast-attack missile boats, and 21 submarines. By 2030, the PLAN could have more than 450 ships and close to 110 submarines while the JMSDF will likely not be much larger than it is today.1

In aggregate tonnage for principal surface combatants, a rough measure of latent capacity and capability, China surpassed Japan in 2013. By 2020, the PLAN exceeded the JMSDF in total tonnage by about 40 percent. By average tonnage per combatant, a more precise measure of capacity and capability, the Japanese fleet continues to maintain a comfortable lead of about 45 percent over its Chinese counterpart. Japan’s position, however, may not hold for long as China puts to sea more carriers, cruisers, and destroyers.

In terms of firepower, the vertical launch system (VLS)—a grouping of silos that holds and fires shipborne missiles—furnishes a useful proxy for a fleet’s lethality. In this category of naval power, China’s catchup story is stunning. The JMSDF introduced VLS a decade earlier than the PLAN in the early 1990s. Yet, the Chinese quickly caught up and zoomed past the Japanese in 2017. By 2020, the PLAN had 75 percent more VLS cells than the JMSDF. 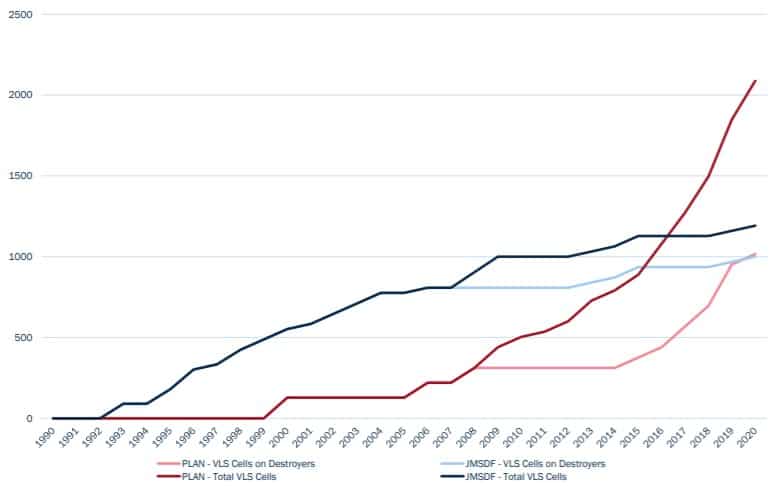 In a hypothetical fleet-on-fleet engagement, the PLAN could launch large salvoes of ASCMs that could reach its opponent’s warships well before the Japanese side could get within range to hit back, conferring a significant first-strike advantage to China. It remains to be seen whether Japan will introduce enough long-range ship-killing missiles, including the repurposed Standard Missile 6 air-defense interceptors, to close the range gap.

China’s air force and rocket force further tip the scales in its favor. Chinese airpower and missiles ashore would almost certainly join the fray in any conceivable conflict. The JMSDF’s surface fleet would have to fend off volleys of air-launched ASCMs and land-based anti-ship ballistic and cruise missiles as well as missiles fired from ships and submarines. Japan’s maritime service thus inhabits a vexing and inhospitable operational environment. 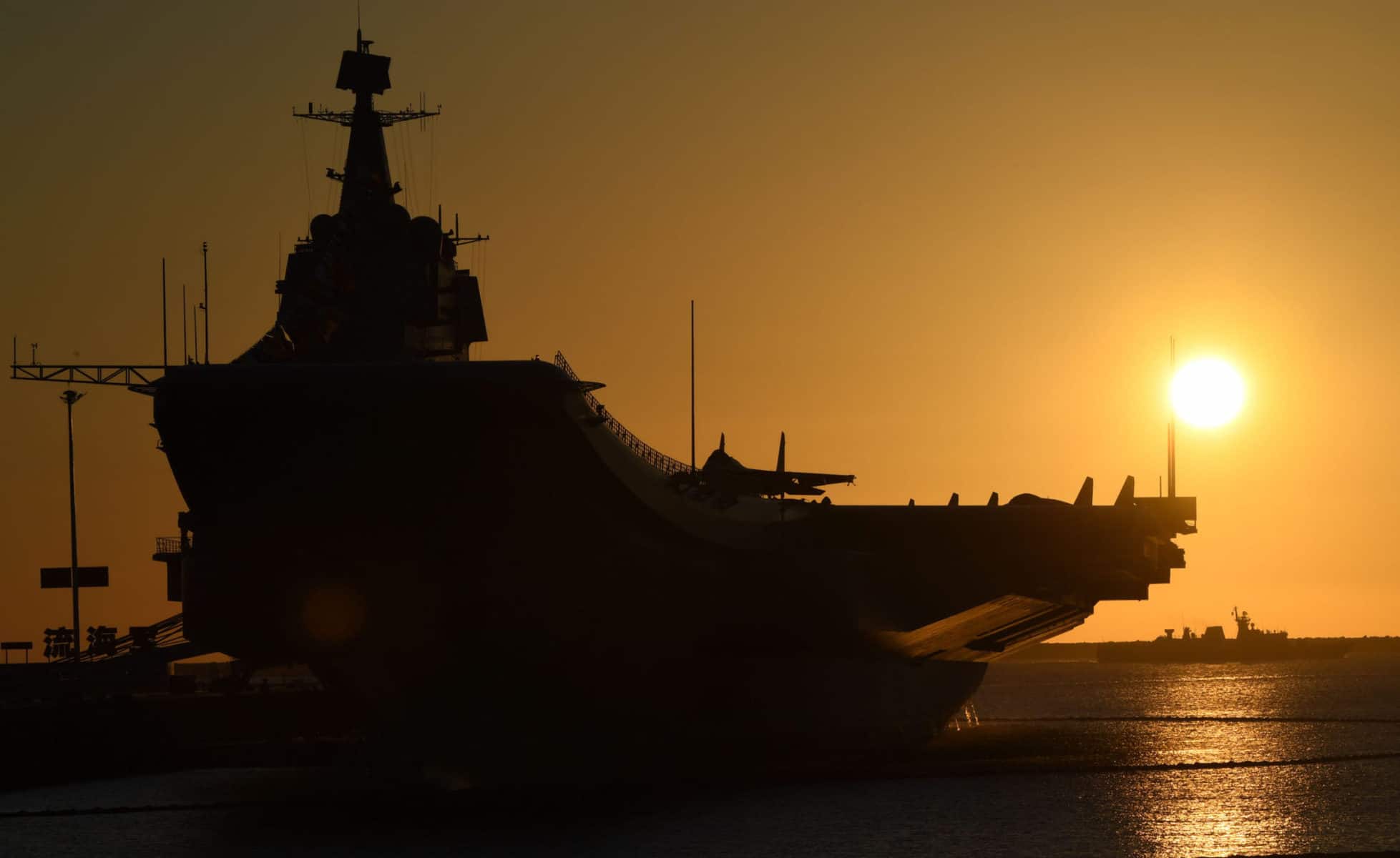 Fleet size, tonnage, and firepower do not provide a full measure of a navy’s combat power. Operational proficiency, tactical elan, regular and extended deployments in blue-water environments, and real combat experience are equally critical, if not more so, when evaluating a navy’s prospects for fighting and winning a war at sea.

Even in this qualitative area, however, it is no longer axiomatic that Japan holds a decisive advantage over China.

Over the past decade, the Chinese Navy has proven itself a capable expeditionary service. The PLAN’s various open ocean activities suggest that it has accumulated substantial at-sea experience. Notably, the Chinese Navy has sustained a continuous rotation of anti-piracy patrols in the Indian Ocean since 2009, an impressive feat by any measure. The PLAN has also dispatched flotillas for long-distance transits throughout the Western Pacific and beyond.

Peacetime exercises and constabulary operations may not be reliable indicators of how the Chinese Navy will perform in combat. The well-worn remark that China has not fought a war since 1979 remains valid. Of course, neither has Japan since 1945. The reality is that no one knows for certain how each side will fare until the shooting starts.

It remains unclear how the economic contraction following the COVID-19 crisis will impact China’s investment in its navy. What is certain, however, is that Japan will not escape the economic fallout from the global pandemic and the attending fiscal pressures on defense spending. The momentum behind the Chinese naval buildup, moreover, will likely not slow down enough to reverse the tilting naval balance in Beijing’s favor. 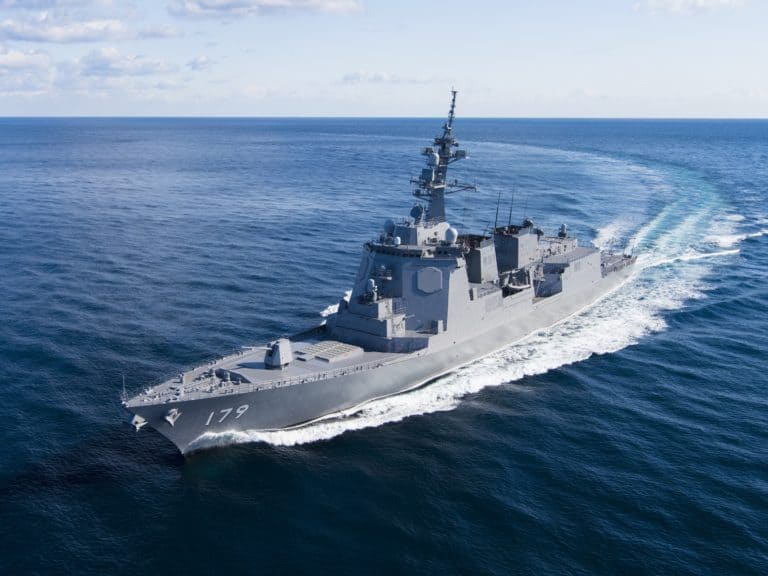 Why the Naval Imbalance Matters

Japan’s eroding naval position not only reduces its ability to defend the liberal international order, but it also weakens the deterrent posture of the U.S.-Japan alliance and, in the process, undercuts American strategy in Asia. Consider the centrality of Japanese seapower to the regional security architecture.

In peacetime, Japan’s maritime service helps deter aggression and keep the seas open to all, an essential condition for free trade and global prosperity. Should deterrence fail, the JMSDF would sweep clear the major maritime approaches to the theater of operations along the Asian littorals and conduct operations to obtain and exercise sea control alongside the U.S. Navy. Moreover, the sea service complements U.S. naval strengths, including undersea warfare, while making up for American capability gaps in such areas as minesweeping.

A revisionist China must carefully consider Japan’s still-formidable maritime service when calculating its options vis-à-vis the United States. Beijing would likely think twice about coercion or aggression if it believed that the alliance possessed overwhelming military superiority. Conversely, if Beijing concluded that Tokyo was becoming a crack in the armor, then it might be tempted to gamble.

The bottom line is that it is the combined power of the U.S. Navy’s forward-deployed naval forces and the JMSDF that helps to keep the peace in Asia. It is thus imperative that U.S. policymakers perceive the relative decline of Japanese seapower as a proxy for the corrosion of American power in the Indo-Pacific.

If past is prologue, China’s rapid accumulation of naval power—and Japan’s inability to keep up—portends unwelcome great power relations. The most striking historical parallel is Britain’s naval decline during the Cold War. In the late 1970s, the Soviets had far outstripped the British across major measures of naval power just as the PLAN is eclipsing the JMSDF today. By the early 1980s, it became increasingly doubtful whether Britain could defend its own backyard against Soviet designs.

Britain’s relative decline posed global dilemmas for the United States. If the U.S. Navy were tied down in an emergency elsewhere, there was concern that the Soviets might seize the occasion to test European resolve in the North Atlantic. It was feared then that the Royal Navy’s impotence in the face of a Soviet naval challenge would severely undermine stability, deterrence, and allied cohesion while opening the way for Moscow to advance its aims in Europe.

It does not stretch the imagination to foresee a similar risk today. American global commitments, particularly in Europe and the Middle East, could draw Washington’s attention to faraway theaters. In such circumstances, the United States would likely expect Japan to do much more to deter, if not oppose, Chinese opportunism. The extent to which the JMSDF upholds its end of the bargain would be a major test for the alliance.

To be sure, any assessment of the Indo-Pacific strategic balance would be incomplete without accounting for the U.S. military, including its forward-deployed assets and its surge forces around the world. The combined naval power of the United States and Japan still outweighs that of China. But that margin of superiority is diminishing as China continues its ascent at sea, pulling even farther ahead of Japan.

Consequently, the security partnership’s capacity to deter aggression is likely to come under more strain. Equally worrisome, the PLAN and its sister services are already able to project power across and well beyond the first island chain, deliver ample firepower over long distances, and impose heavy costs on U.S. and Japanese forces. These developments are likely to challenge, if not upend, longstanding allied assumptions about escalation dominance and warfighting.

Allied policymakers must recognize that a historic power shift has already taken place in maritime Asia. For too long, defense planners and the broader strategic community have focused exclusively on the bilateral Sino-U.S. naval rivalry while slighting the local balance between China and Japan. In the past, when allied superiority and the JMSDF’s qualitative advances appeared insuperable, it was safe to take Japan’s role for granted.

Yet, today, as the balance tilts increasingly in China’s favor, Japan’s relative decline could emerge as a weak link in the alliance’s deterrent posture. Understanding the extent to which Japan has fallen behind, to include how the Chinese perceive the local imbalance, should assume a far more prominent place in allied decision-making. Such a comprehensive estimate must be integral to the allied calculus about strategy, posture, operations, and competitiveness.